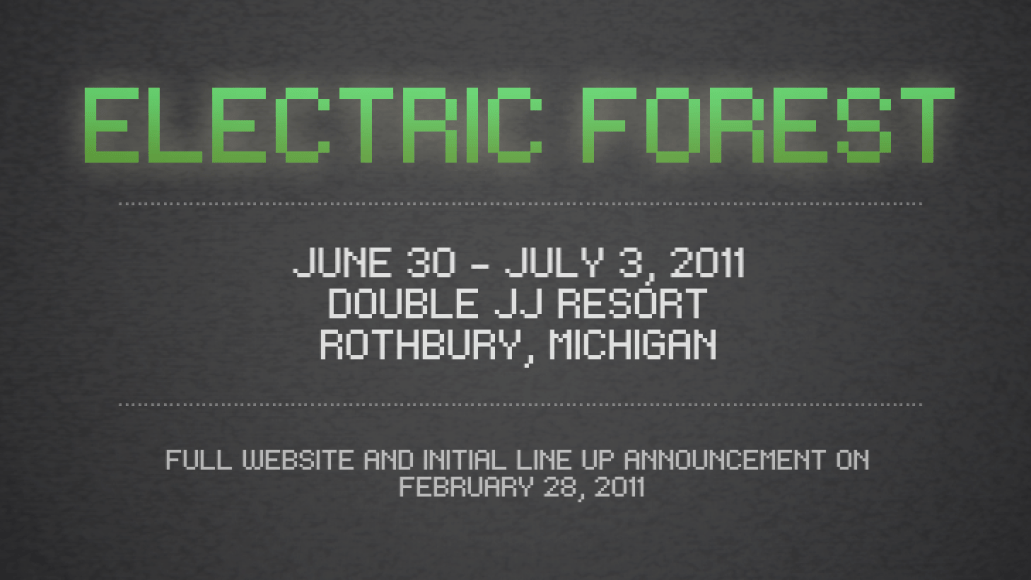 The future of Rothbury Music Festival remains to be seen, but a 2011 return is looking increasingly bleak with news of another music festival to take place at the Double JJ Resort during the Fourth of July weekend. Jam legends String Cheese Incident have just announced plans for their very own festival for June 30 – July 3rd. Details remain unclear, but a newly launched website says that the Electric Forest festival will reveal its initial lineup on February 28th. Stay tuned to Consequence of Sound for additional updates.