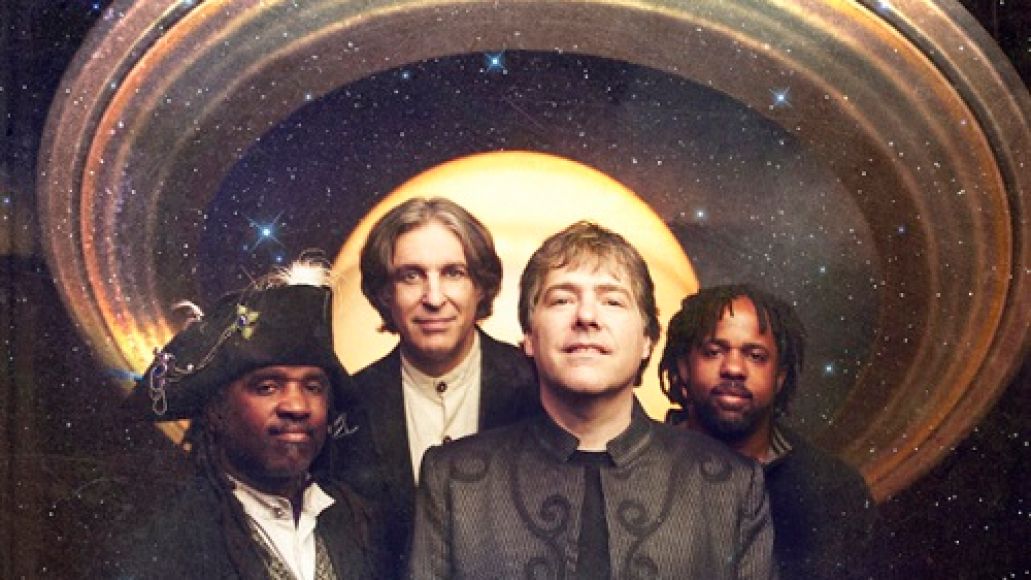 Even though there hasn’t been much of a member shake-up since the band’s inception in 1988, Bela Fleck & the Flecktones are getting ready to release a brand new record featuring their classic lineup. The departure of pianist/harmonica player (and founding member) Howard Levy in 1992 left the band as a trio for years before bringing in saxophonist Jeff Coffin in 1998. After the passing of Dave Matthews Band saxophonist LeRoi Moore in 2008, Coffin took a hiatus from the band to help out the DMB camp, igniting the spark that brought Levy back to the fold in 2009. Now, with the original lineup in place, the jazz fusion quartet’s upcoming album, Rocket Science, will be the first studio effort in 20 years that sees the incarnation of Fleck, Levy, and brothers Victor and Roy “Future Man” Wooten holding it down with their eclectic signature sound.

This reunion is not only a treat for fans, but for the band members as well. “There’s a special thing that happens when the four of us get together and play. We all have the same attitude of trying to do things that we haven’t done before and coincidentally, no one else has either,” Levy states in a recent press release.

To support the May 17th release of Rocket Science, the band will be heading out on a North American tour that opens with a set at Summer Camp Festival in Chillicothe, IL on May 29th. Fleck and company are also making a number of festival appearances across the U.S. throughout the month of June, with a pair of dates in Canada closing out their trek on June 30th. All confirmed tour dates can be found listed below.