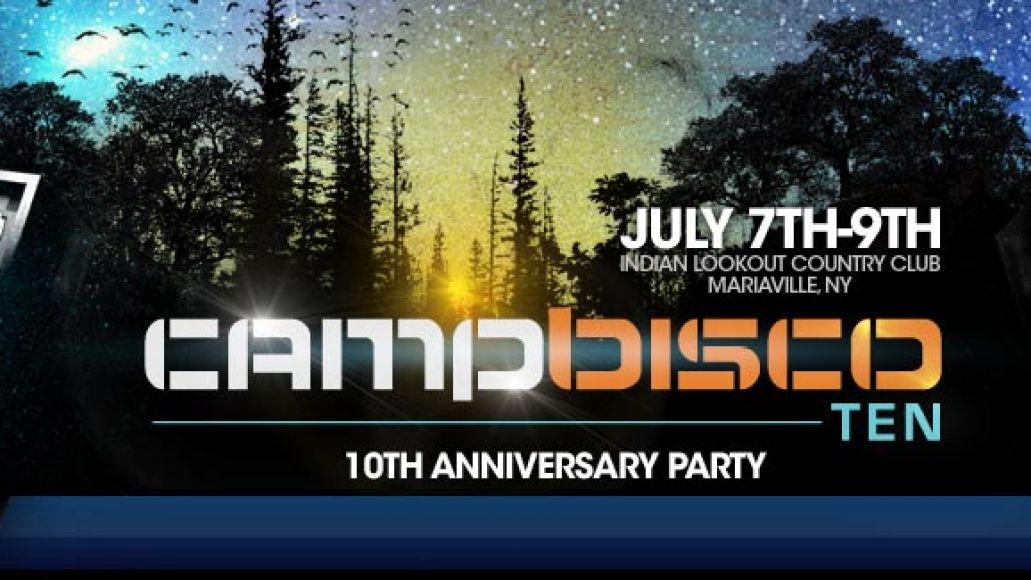 It seems like every festival has had its 10th anniversary recently; Bonnaroo’s anticipated birthday celebration this June will be followed in July by the 10th anniversary of none other than Camp Bisco. Held at the Indian Lookout Country Club in Mariaville, New York from July 7th to July 9th, the fest put together by The Disco Biscuits will be a special celebration this year featuring what the organizers describe as a mix of the usual up-and-comers and “more than a few familiar faces.”

Camp Bisco X will have over 100 performers, the first round of which have just been announced. Appearing will be (of course) The Disco Biscuits, Cut Copy, Wiz Khalifa, Bassnectar, Pretty Lights, Yeasayer, MSTRKRFT, and 2011’s festival whores Death From Above 1979.

Camp Bisco will announce additional artists “in the coming weeks.” Early bird tickets are already available at $140, and you can nab them right here. In addition to the $140 option, there is a $339 VIP Combo and a $489 Platinum Combo, the latter of which offers front row pit access and backstage access.