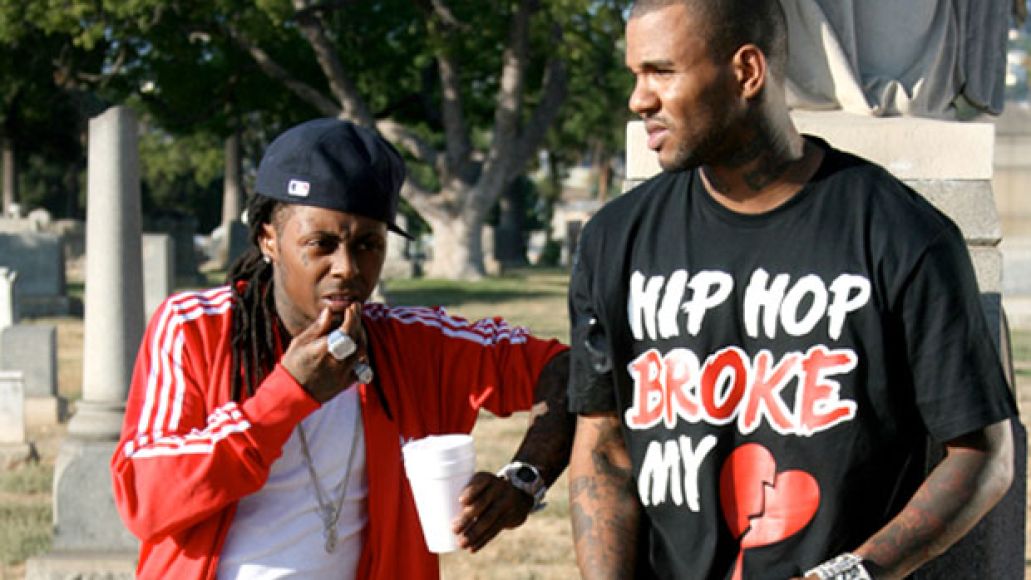 While we didn’t include it in our list, Game’s The R.E.D. Album is a long overdue release that is approaching the status of folklore. Originally due February 2009, the follow-up to 2008’s LAX is said to feature the rhymes of Lil Wayne, Big Boi, Rick Ross, and Dre and the cool beats of Dr. Dre, Kanye West, DJ Premier, DJ Khalil, and Cool and Dre. It remains to be seen how much of that star-studded cast ends up on the finished product, but the newly dropped lead single, “Red Nation”, does sport a (feat. Weezy) and a smooth reworking of “Zombie Nation” by Cool and Dre. Stream it below (via Complex)