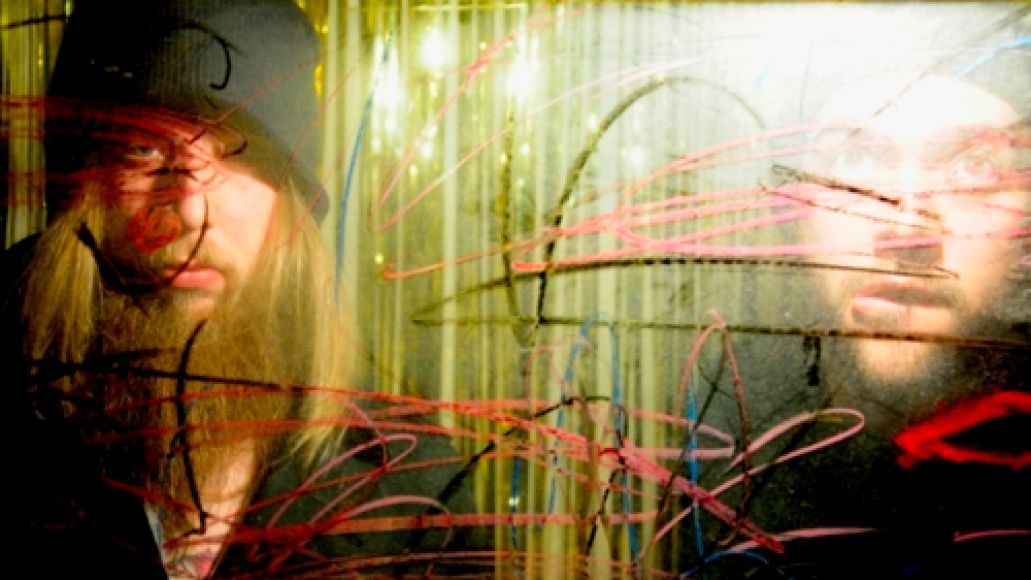 When your drummer walks off stage after the last song of the night and decides that hitchhiking home is better than another night in the van with the rest of you, it kind of sounds like that’s the end of your band. That’s exactly what happened when Kyle Victor left Adam James and the rest of Karma With A K angry and percussion-less a few years back. Well, you know what they say — time heals all wounds. Victor and James have now reunited under the moniker Gypsyblood, and we’ve got your first listen of a track from their upcoming debut, Cold in the Guestway.

As the bad-blood has cleared, so has their sound as a unit. The fuzzy, erratic nature of Karma With A K is still there, but it’s tighter and clearer now. There’s a distinct lean towards the recent surf-rock resurgence, mixed in with what their bio refers to as “a strange amalgam of Pavement’s early hazy-pop singles, The Jesus and The Mary Chain, and early Guided by Voices.” [sic] This particular track, “My R.K.O. is M.I.A.,” feels like so many bouncy balls let loose in a small room: spastic and hard to catch a hold of, but encompassing all kinds of giddy enjoyment. Background ‘ba-ba-ba’s that could have conceivably been provided by Muppets only add to the clamorous, rocking pop sound of this amazingly swift, nigh four-minute track.

If this little premiere has you biting at the bit for more and you can’t wait for Sargent House to drop Cold in the Guestway on April 12th, you can check out and download three tracks by naming your own price here (note: FREE is a price), or pre-order the record here. You can also see them live when they play Lincoln Hall in Chicago on March 11th with Maps & Atlases (whose Dave Davison helped get the band a label) and Light Pollution, as well as a slew of South by Southwest showcases. Gypsyblood will also be rejoining Maps & Atlases for a handful of East Coast dates in April. Hear the song, and peppe the album tracklist and complete tour information below.