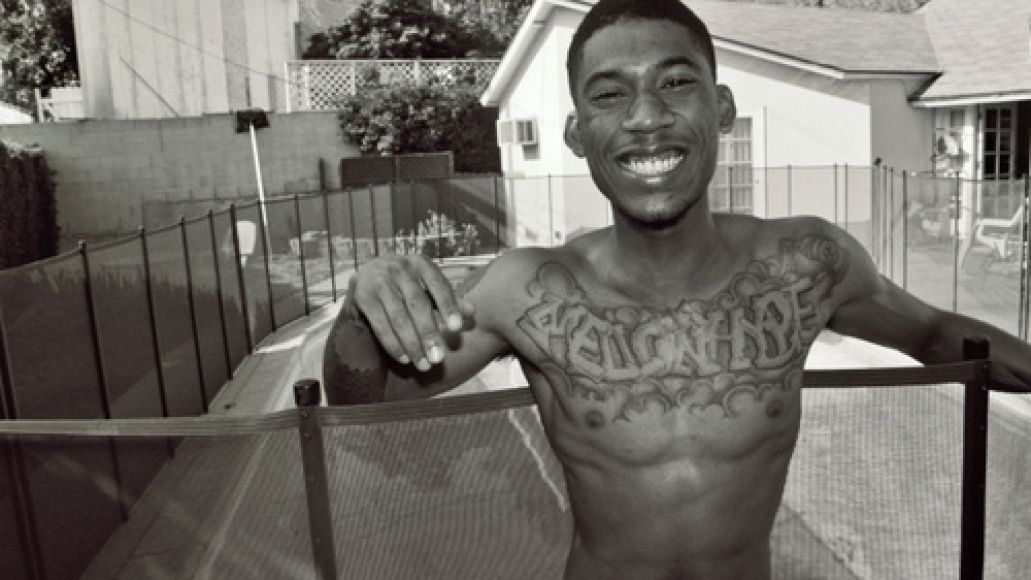 While Tyler might be the creator, Odd Future’s Hodgy Beats is a skilled MC in his own right. With several mixtapes already out, not to mention his album with Left Brain as MellowHype entitled BlackenedWhite being reissued by Fat Possum this summer, it’s time he got a chance to shine on his own. Courtesy of The FADER, check out the Hodgy solo offering that is “Mystery” below. Featuring a sample of the Moody Blues’ “Dear Diary”, with production by BamBeeno, the sound of flutes marries rather bizarrely with Hodgy’s intense flow. Still, it’s not bad for a track that took 10 minutes to put together.

In an interview last week with MTV, Hodgy and Left Brain announced that along with the reissue of BlackenedWhite, the duo have plans to record two albums in 2011. As well, Hodgy is working to release his solo debut album this year. As always, more on all that as it’s announced.