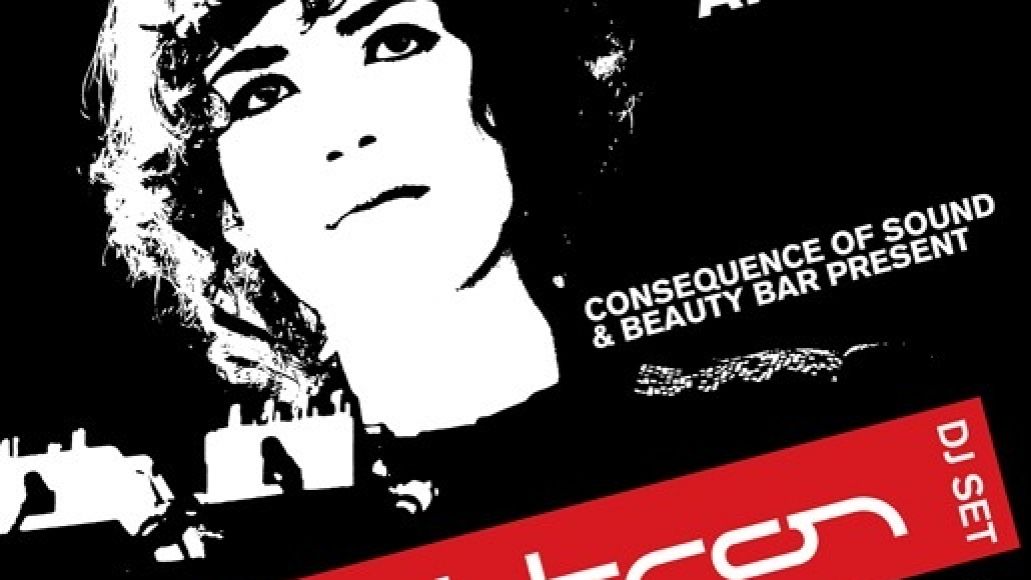 In an on-going effort to establish ourselves in each of our respected communities, Consequence of Sound has teamed up with Chicago’s Beauty Bar to throw a Thursday night party on April 14th. But wait, it gets better. Headlining the event is Ladytron‘s uber-talented Mira Ayoyo, who will perform a very exclusive DJ set.

Hot off the press that they’ll be issuing a new album later this year – titled Gravity the Seducer, due out September 13 (via Nettwerk) – Ladytron remains one of the UK’s hottest exports. Over the past decade, this Liverpool electronic act has established itself as a dominant force in the touring scene, opening for the likes of Nine Inch Nails and Goldfrapp, in addition to headlining the Sydney Opera House and Brian Eno’s Luminous Festival. Originally a DJ in London, Aroyo continues her work in Ladytron as the band’s keyboardist, singer, and one of its songwriters.

In addition to Aroyo’s set the night will also see performances by acclaimed Chicago DJS Mark Gertz, Heaven Malone, and Mister Joshua. More information regarding these talented artists can be found below.

Once again, the party kicks off Thursday, April 14th around 10 p.m. at Chicago’s Beauty Bar, located at 1444 W. Chicago Ave., and admission is free only if you RSVP at Do312. Also, as if hours of nonstop dancing at one of the Windy City’s hottest bars wasn’t enough, Consequence of Sound will be on-site with several promotional items and one particularly special giveaway.

More information regarding the supporting acts:

MARK GERTZ – Chicago’s own DJ/electro culture aficianado, Mark Gertz is known in the 312 for his incredible work with Dark Wave Disco. With that unit, which also featured Paul Rodriquez, the two performed everywhere from Smartbar to Schubas to Double Door, alongside the likes of The Rapture, Steve Aoki, Felix da Housecat, and The Faint.

MISTER JOSHUA – Another Chicago native, Mister Joshua, aka Joshua P. Ferguson, performs all across the city. However, this DJ’s true passion lies in Dialogue Incorporated, a monthly musical podcast founded with the intention of presenting a unique, birds eye view of the music industry’s brightest & most forward. If anyone knows what’s right for the genre, it’s Mister Joshua.