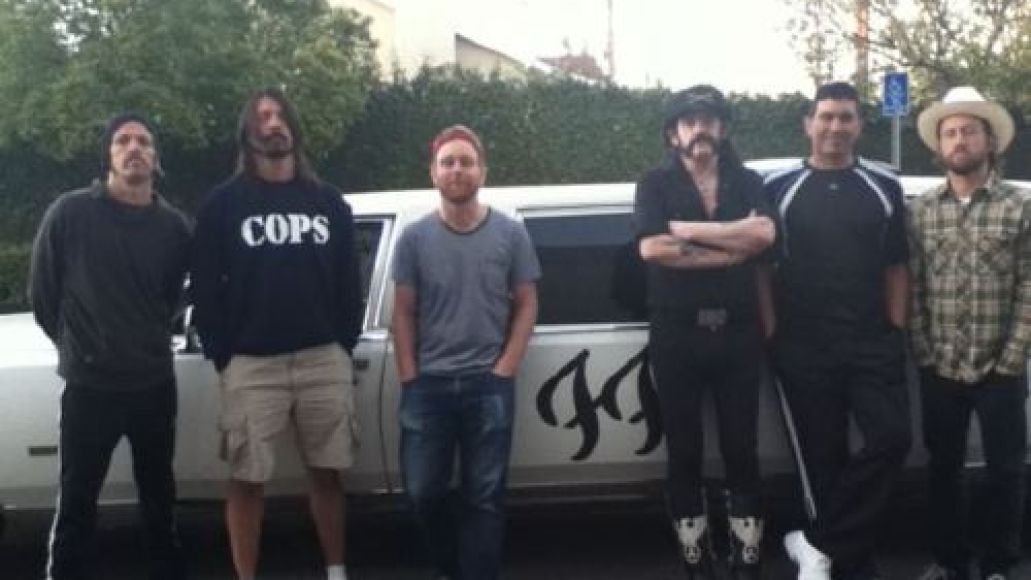 So far, today’s Foo Fighters news has come in the form of details on their Record Store Day covers album and a trailer for their forthcoming documentary. Consequence of Foo Fighters doesn’t flow as well as Consequence of Kanye, but the news keeps coming — and, well, it’s only growing in size. As it now turns out, Lemmy’s guest appearance in the Foo Fighters’ “White Limo” video is only the beginning of their collaborations.

Foo Fighters and MotÃ¶rhead will hit the road together this spring for a series of U.S. tour dates. So far, only four dates have been announced, with stops scheduled for Tulsa, OK, Little Rock, AR, Memphis, TN, and Council Bluffs, IA in between Foo Fighters’ appearances at The Hangout and Sasquatch! music festivals. Below, you can find all of Dave Grohl an co.’s confirmed tour dates, which also include an appearance at South by Southwest this week, as well as a trip to Europe this summer.

According to Ticketmaster, an advanced pre-sale will begin Wednesday, March 16th, with a public onsale to follow Friday, March 18th.

Foo Fighters to tour with MotÃ¶rhead this spring