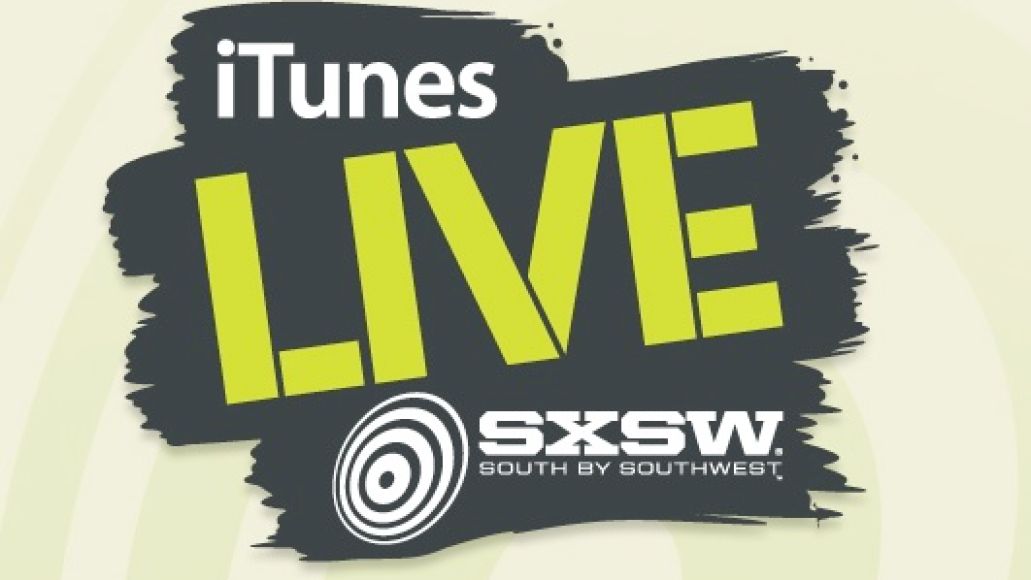 As our coverage of this year’s festivities should have blatantly demonstrated by now, South by Southwest 2011 was a crazy good time. From a special appearance by Jay-Z to a riot courtesy of Death From Above 1979, the festival’s 25th anniversary was one not to be missed. However, in the event that someone did skip out on the insanity, the folks organizing SXSW have teamed up with iTunes to release the iTunes Live: SXSW series of EPs.

The live releases, mastered during the festival, feature music from Glasser, Le Bucherettes, Lucinda Williams, The Civil Wars, Neon Trees, Dom Kennedy, and Chapel Club, among others. Plus, more releases from other acts will also be added throughout the rest of the week.

To get your copies of each of the EPs, head here.