When it comes to Florida, you only get so much in regards to shows. Floridians know all the horrors and they know them well. Whether you’re an after thought in a lengthy tour where you get a drained band that dishes out whatever they have left or you get completely ignored altogether ( i.e. Arcade Fire). However, that’s a conversation for another time.

Yet sometimes, luckily, Florida gets the opportunity to be the opening envelope of a U.S Tour, where following the show, the band can work its way up and around the nation, like we were with Radiohead when the band supported In Rainbows back in 2008. This was the case for Miami last night at the Fillmore with Bright Eyes, as they start its journey across the country, all in support of its latest release, The People’s Key. The real cherry on top, however, was that we were their first US tour date in years.

Yet, as joyous an occasion it was, it was rather unfortunate that they chose one of the least pleasant venues around South Florida: The Fillmore. The Fillmore is a venue where your wallet is taken for a ride, where you, the customer, have the privilege to pay an extra five bucks to get a “fast pass”‘ to skip the dedicated fans who wait for over two hours to get as close as possible to their hero. Granted, it’s Miami, and status is important, so naturally the idea of a “Fast Pass” would exist, but it still sucks. 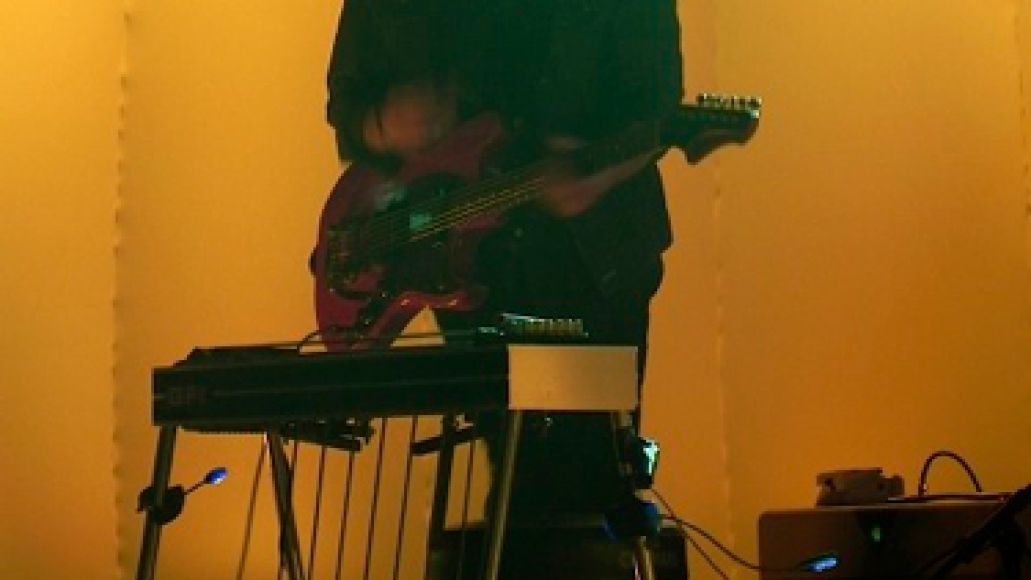 Amenities aside, the lights did dim and the show began on-time. The stage revealed to the crowd was like something out of Tron, with neon lights even in the microphone stands. Everywhere, lights illuminated the band, and immediately we heard the creepy voice of Rusty Brewer, who pops about The People’s Key; although, everyone screamed once “Firewall” cracked open the set. Immediately, Conor Oberst brought us all back to the good ol’ days. The days we all missed, where our indie hero was just a kid coming out of the garage with a few tunes and interesting lyrics. Not some white suited Oberst looking much like a Jesus Christ Superstar ( a la 2007’s Cassadega tour).

“We thought Miami was a good place to start,” Oberst announced, and the crowd, stretching from the ground, to the seats, to the balcony above, all shrieked into a sea of cheering. It was loud, but what do you expect from a sold-out show?

With the intensely engaging opening of “Firewall” the intention was there to excite us that’s exactly what it did. Yet, the show truly began after the overtly poppy single “Jejune Stars”, which turned the band back a few years, back to 2005, where they uncovered treasures within A Digital Ash in a Digital Urn like, say, “Take it Easy (Love Nothing)”. At this point, Oberst clearly exhibited a comfortable demeanor with the crowd, letting himself explode as he moaned the last words of the song: “I will keep you there so you can’t bother me.” This was his proverbial takeoff.

Once Obert’s voyage with Digital Ash in a Digital Urn was over, he stepped leisurely into their last effort, 2007’s Cassadaga, drawing up the lush sounds of “Four Winds”, which admittedly sounded less country and more like what the band would have come up with if they recorded that song in a basement with no more than a simple eight track. The song was real and you could tell Oberst enjoyed the new twist to the song now equipped with a synthesizer here and there.

Bright Eyes knew that people would come ready with requests. Looking at the set list, it’s clear that the reunited act wanted to give a show for their fans and not just for themselves. They wanted their fans to walk away from tonight relieved. That being said, Bright Eyes put the ego aside and played such sing-a-longs as “Poison Oak”, “The Calender Hung Itself”, and “Hot Knives”. The crowd seemed particularly content and pleased to hear the sweet sounds of “Lua”, played intimately by Oberst and his acoustic guitar, though he was tenderly joined by a trumpet here and there. It became very much like a sing-a-long, where the crowd’s singing and Oberst’s meshed into one. Genius. 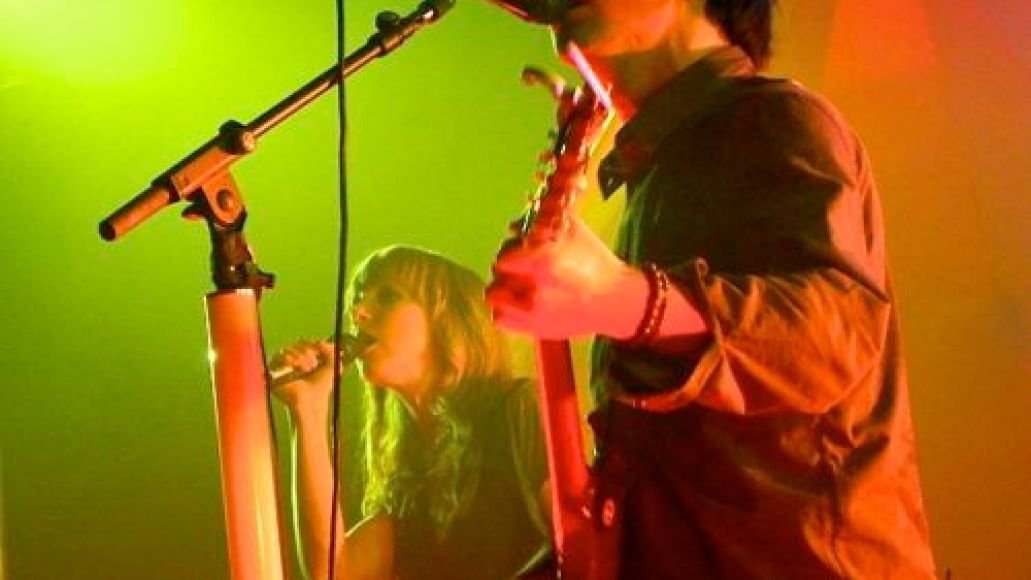 After “Lua”, the band shuffled off-stage, predictably leaving an enormous crowd begging for more. After what seemed like minutes upon minutes of relentless anticipation, the sounds of “Gold Mine Gutted” hit everyone’s anxious ears. First came the drumming, with each bang sending the crowd into more of a frenzy; gradually, the rest of the band returned. The slow lead up left everyone with such a yearning that when Oberst’s voice finally hit the song, it was as if the thousands of souls sighed in relief. Following that was “Lover I Don’t Have to Love”, and, of course, the major crowd pleaser, “Road to Joy”, which churned up nonstop clapping and absorbed most of the night’s energy. Oberst chanted: “Let’s fuck it up boys! Make some noise!” The crowd responded by leaping up and down into the air, working with an energy that was almost hyperactive. To conclude the set, Bright Eyes played new track “One For You, One For Me”, which seemed to hold true to its title. Everyone welcomed the new sounds with open ears as Oberst walked closely to the crowd to shake hands with fans, forming what can be described as a symbiotic relationship. It sold the show on being incredibly personal; in fact, most of the fans will probably never wash their hands again.

To say the least, future audiences have a lot in store.

Setlist:
Firewall
Jejune Stars
Take It Easy (Love Nothing)
Four Winds
Bowl of Oranges
We are Nowhere and It’s Now
Shell Games
Approximate Sunlight
Hot Knives
From a Balance Beam
Poison Oak
Triple Spiral
Arc of Time
Beginner’s Mind
Something Vague
The Trees Get Wheeled Away
Old Soul Song (For the New World Order)
Nothing Gets Crossed Out
The Calendar Hung Itself
Lua/Ladder Song
Encore:
Gold Mine Gutted
Lover I Don’t Have to Love
Road to Joy
One for You, One for Me
——-