Back in 1966, Andy Warhol organized the Exploding Plastic Inevitable and revolutionized music as an art form. The series of multimedia events featured the early workings of The Velvet Underground with Nico, screenings of Warhol’s films, plus dancing and other performances by Warhol’s infamous acquaintances. This atmosphere lent itself to communal experimentation, enabling Lou Reed, John Cale, and Nico to craft songs, and a live set, with lyricism, imagery, and a technicality that the broader American audience was not yet willing to accept. The group not only created an entirely new musical aesthetic but helped cultivate a new generation of musicians, who attempted to be more brash, loud, aggressive, and crude than their proto-punk forefathers.

Produced by the efforts of deejay Ethan Kath and vocalist Alice Glass, the digital terrorism of Toronto’s Crystal Castles is the current millennial version of Warhol’s Exploding Plastic showcases. Kath and Glass each hail from punk projects, and it’s that raw, unadulterated onstage energy that separates the electro-duo from similar tandems and keeps fans returning to larger and larger venues to catch the action firsthand. Backed by longtime touring drummer Christopher Chartrand, Crystal Castles don’t just play concerts; they destroy them! 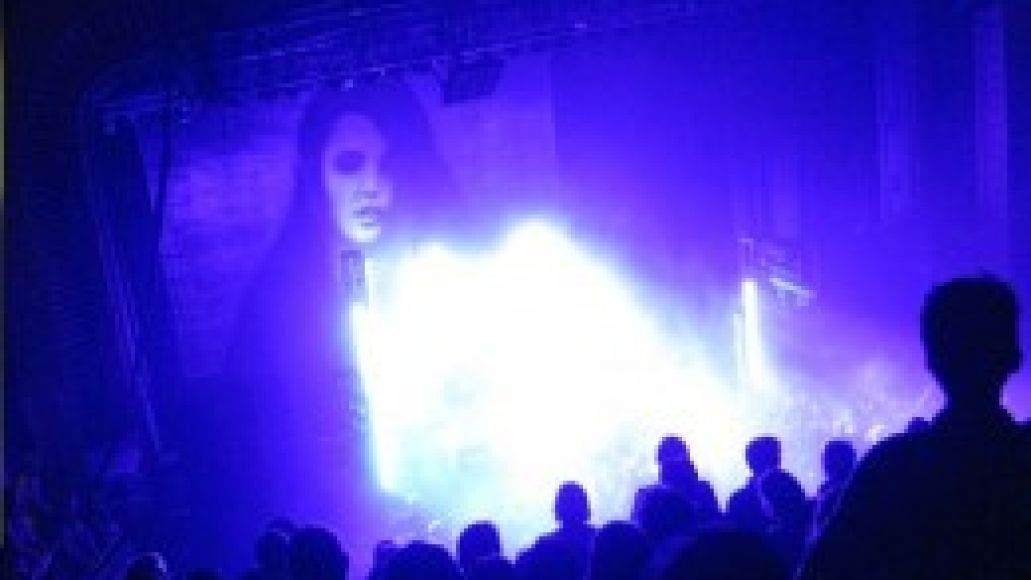 Wearing a cast to mend her broken ankle, which she suffered January 18th while performing in Tokyo, Glass, the petite lead singer, was fearless as she took to the stage at Chicago’s Riviera Theater following the Ohio-based remix artists known as Teengirl Fantasy. Even armed with a crutch to aid in maneuvering, Glass was swarmed by fans each time she approached the front of the stage. Having caught Crystal Castles nearly every time they have traveled through the Midwest, I could tell that Glass was obviously affected by her broken ankle. For a chick that has nearly perfected the stage dive, and usually spends several tracks performing amidst the hoards of sweaty, bug-eyed twentysomethings, Glass never attempted the leap into the crowd’s open arms.

Even with Glass firmly planted onstage for the entirety of the 70-minute set, the trio provided ample audiovisual stimulation. Foregoing the typical houselights and spotlights, Crystal Castles paired Kath’s eardrum-pulsating beats with a series of slender, blindingly bright light towers. Although Kath writes most of the work, the deejay prefers to stay cloaked in his hoodie during live performances. Because Glass wasn’t distracted surfing atop the audience, climbing to the rafters, or destroying the PA system, both Kath and Chartrand were able to transition more seamlessly between fan favorite singles.

As the group broke into “XXZXCUZX Me”, the venue’s entire lower level took one massive step forward, putting security on a heightened state of alert for the remainder of the evening. By 15 minutes in, the crowd had already grown so raucous that attendance was being redirected to the venue’s upper balcony to ensure audience safety. The entire room seemed to take one collective breath as the (slightly) slower pace of “Celestica” took over. The capabilities of Chartrand on drums added an entirely new level on “Celestica” and several other tracks. To the surprise of many, Chartrand pumped out a veracious drum solo during the final minutes of “Doe Deer”.

Following a short breather, the collective returned with “Alice Practice”, otherwise known as the “convincer track” (the track you play friends or strangers to convince them to show up). The track cued up the most seizure-inducing white light sequence of the evening. Instead of retreating, the audience crashed the stage like a mob of crazed zombies. Glass rewarded a select few with the remainder of her alcoholic beverage of the evening.

In what seemed like only a few intense moments, the set drew to a close with “Untrust Us” off Crystal Castles I. With the track winding down, Glass displayed some of her more aggressive attributes, swinging her crutch through the outstretched arms of the audience. As the houselights signaled the performance’s conclusion, fans were not just leaving a concert but a multisensory exhibit. To know Crystal Castles purely through their physical releases is not sufficient to judge their abilities; they must be witnessed.