As the crowd trickled into Nashville’s favorite hole-in-the-wall venue, The End, this past rainy Wednesday evening, it became apparent pretty quickly that the word of the evening would be eclectic. Whether it was the humorous juxtaposition of leather-clad punks and guys in questionably short shorts with ping pong paddles, or the lineup – local, danceable garage rockers Faux Ferocious, local thrashers Cy Barkley, and Rock History 101 teachers Fergus & Geronimo – there was a little bit of everything, and the stage was sure set for a good time.

Quartet Faux Ferocious started the show off on a positive note, waking up the sedated crowd. With pounding percussion and energetic guitar melodies, tracks like  “The Age of the Bomb” got even the most reluctant toes tapping. Channeling a mix of sixties rock, garage rock, and soul, the band’s combination of genres worked incredibly well together. Additionally, the balance between cooing background vocals and the squeal of lead singer Jonathan Phillips blended together seamlessly, perfectly complementing the irresistible beats. If there was a flaw to their set, it was only that it was too short. Cy Barkley took the stage next, and the sonic difference was as stark as night and day. Hard-hitting bass lines and wailing vocals characterized this nostalgic hardcore trio. Appropriately enough, though, Barkley was wearing an Agnostic Front shirt. The performance washed over the sparse crowd and, although energetic and intense, would have been much better received on a more genre-similar bill with a pit. 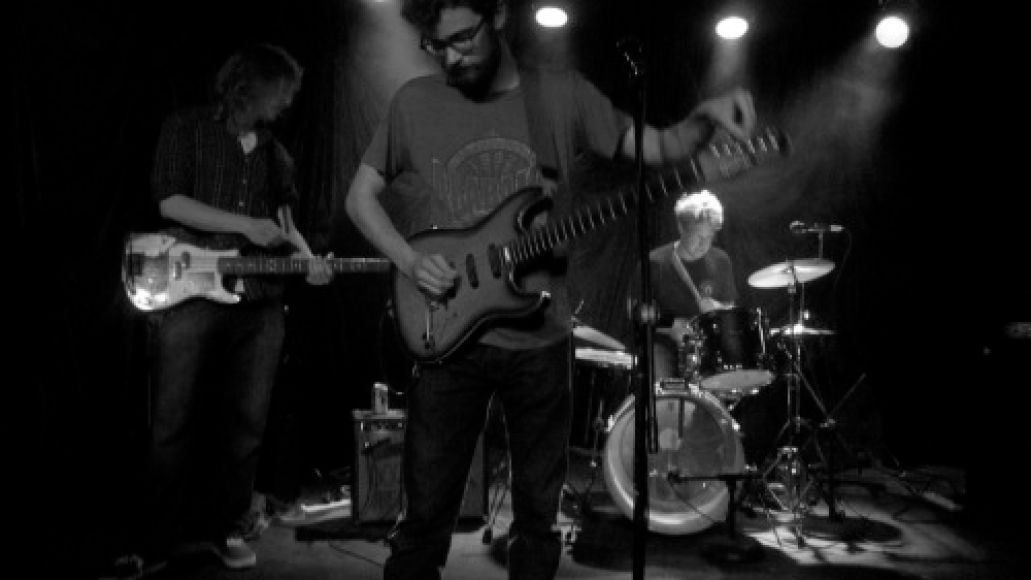 Around midnight, Fergus & Geronimo finally began their set. The recorded versions of the songs on their debut Unlearn solely feature duo Andrew Savage and Jason Kelly, so seeing the gaps filled with a full live band made a huge difference. Surfy jam “Turning Blue” started things off, with tight guitars and phenomenal vocal harmonies. Despite having spent the past week playing myriad showcases at SXSW, the band looked fresh, and played with the youthful fire that makes their tunes so enjoyable.

Fergus & Geronimo have made a name for themselves as genre dabblers, fusing elements of British rock, doo-wop, garage pop, and Motown throughout their multiple singles and debut. As their set progressed, this became even more evident. From song to song, a completely different band could be playing. It worked, though, keeping the audience guessing who was going to show up next. The layered oohs and la la la’s of crowd pleaser “Baby Don’t You Cry” took things back to the sixties, the crowd bouncing around emphatically, singing along with the chorus. Immediately following that, “Powerful Lovin'” channeled the soul of Motown, contrasting everything they had played thus far, but executing it with just as much success. 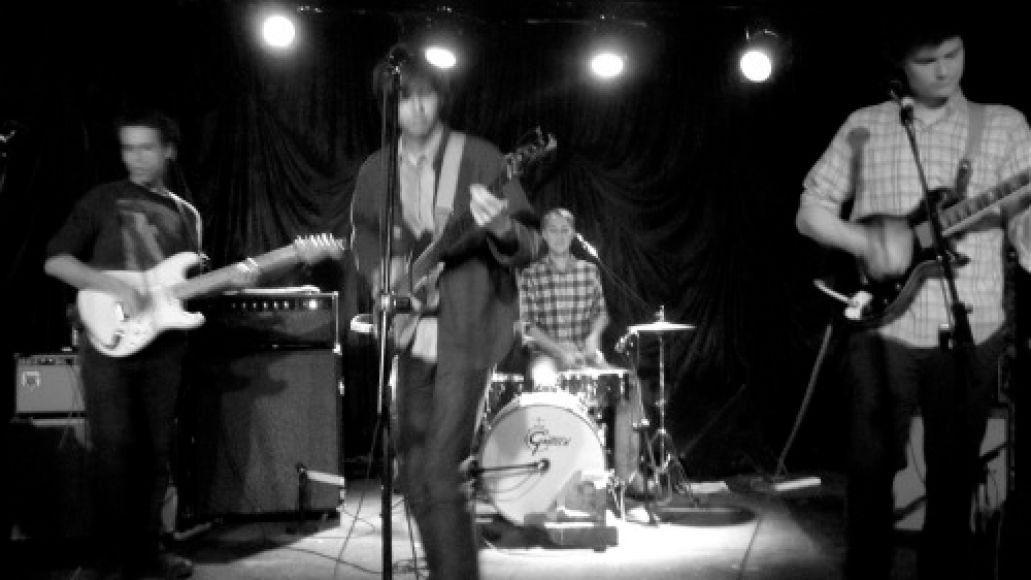 In addition to genre hopping, the band has also developed a reputation for being jokesters of sorts (their album has “You still buy CDs?” printed on the inside and their lyrics take direct shots at music critics and generational divides), the minimal interaction with the crowd was mainly business. This slight disappointment didn’t hold for long, though, as the songs proved progressively more fun and invoked more crowd involvement throughout the night.

The set was riddled with covers, an interesting choice, considering they could have played a lot more material off of their newly released debut. Notably missing was album highlight and folksy grower “Forced Aloha”, but the eclectic assortment of songs that did make the list worked well. The covers were streamlined into the mix, and featured Fergus & Geronimo’s diverse assortment of song styles, throwing in both Devo and the Ramones. “Girl U Want” definitely provided one of the highlights of the night, with a convincing performance and a high level of appreciation from the crowd.

All in all, Fergus & Geronimo’s performance lived up exactly to their recordings: brief, intense explosions of energy, fearlessly spanning generations and genres of music. They’re not here to revolutionize music or change your life. This is music meant for dancing and enjoying, and perhaps revisiting sounds long forgotten. Throw in a variety of openers and solid people watching, and it’s an undeniable recipe for a fun, worthwhile show.