Naysayers have been prognosticating the death of classical music for years, centuries even. Back in 1600, G.M. Artusi wrote of the “imperfections in the modern music” of Claudio Monteverdi, criticizing the latter severely for his audacious use of dissonance. In 1955, Henry Pleasants released a book called The Agony of Modern Music: same business, different composers. Downfall of the great institution of classical music, etc. etc. Today, music directors of large symphonies and opera houses are scrambling to narrow the gap between the constantly aging “old guard” audience and the young potential audience that, quite frankly, doesn’t exist, not in the numbers needed to sustain these arcane institutions of Brahms symphonies, Rachmaninoff concertos, and Liszt rhapsodies.

If the packed, standing-room-only performance of Steve Reich’s seminal Music for 18 Musicians is any indication, classical music does have a future. The audience in their 20s-50s (rather than 40s-70s) got to (Le) Poisson Rouge in the Village early, staked out their seats, and took up every available spot of standing room to hear Ensemble Signal and Third Coast Percussion. Really, though, they were there for Reich. With an unbelievably wide exposure for his 75th birthday year (including an April 30 engagement at Carnegie Hall dedicated entirely to his works), Reich’s name is becoming more and more of a marquee draw for music fans in the know. His finest compositions – Tehillim, Drumming, Different Trains, and the Double Sextet – are all being played this spring in New York City. Yet, his most sublime work is the one that necessitated an extra show to be added Sunday night: Music for 18 Musicians. 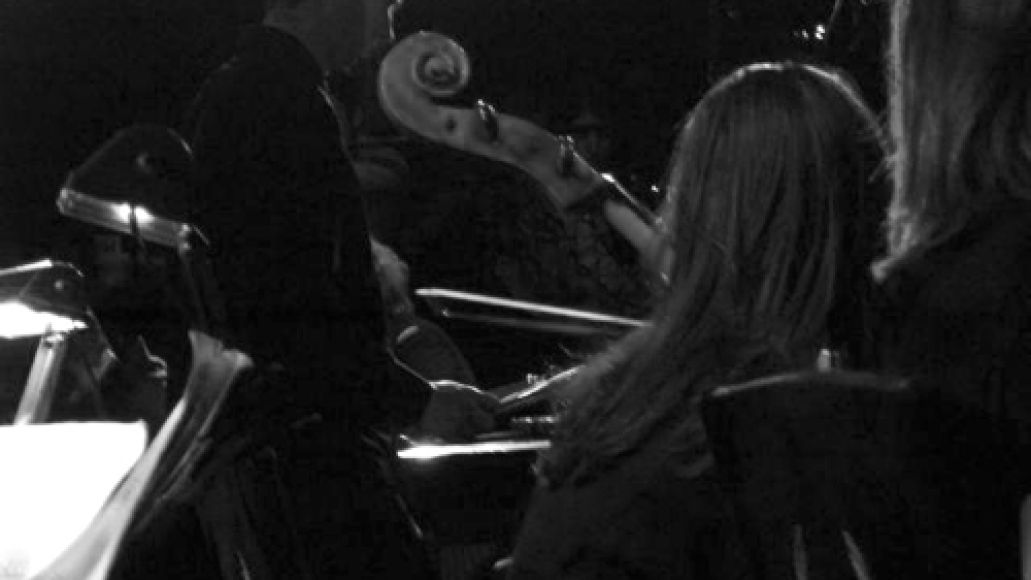 The piece features many elements that have become quintessential to Reich’s sound world. Set up against a backdrop of a simple rhythmic pulse, the music unfolds in layers of tightly polyrhythmic percussion patterns with long, sustained, consonant chords in strings, clarinets, and vocals. It is a sound that is instantly recognizable from many of Reich’s works from the 70s and 80s, but it finds its most perfect expression in Music for 18 Musicians. Unlike later works, Reich doesn’t experiment with odd or mixed meters. Instead, the drama comes from his exploration of harmony, color, and melodic repetition. Starting with nothing more than a simple (xylophone) pulse, Reich gradually adds layers of chords that swell into the sonic world and then diminish away before venturing to add melodic fragments on the marimbas. To finish the opening buildup, a combination of chords and melodies repeat over and over, bringing the piece to a rhythmic and harmonic climax of intense, focused energy, resounding in chord progressions that seem perfectly at home to our rock-trained ears.

Music for 18 Musicians then proceeds as a series of interconnected sections, each with its own effect and repetitive melodic patterns, but held together by at least one rhythmic element from the previous section. The 14 members of Ensemble Signal and the four players of Third Coast Percussion were able to make these transitions seamless, with each section organically fading into the next in a perfect segue. While the rhythms aren’t that difficult to play, any ensemble member can get lost in the seemingly endless repetitions of rhythms and melodies that comprise each section. It is a testament to the preparation, musicianship, and execution of these two groups that they absolutely nailed it all. 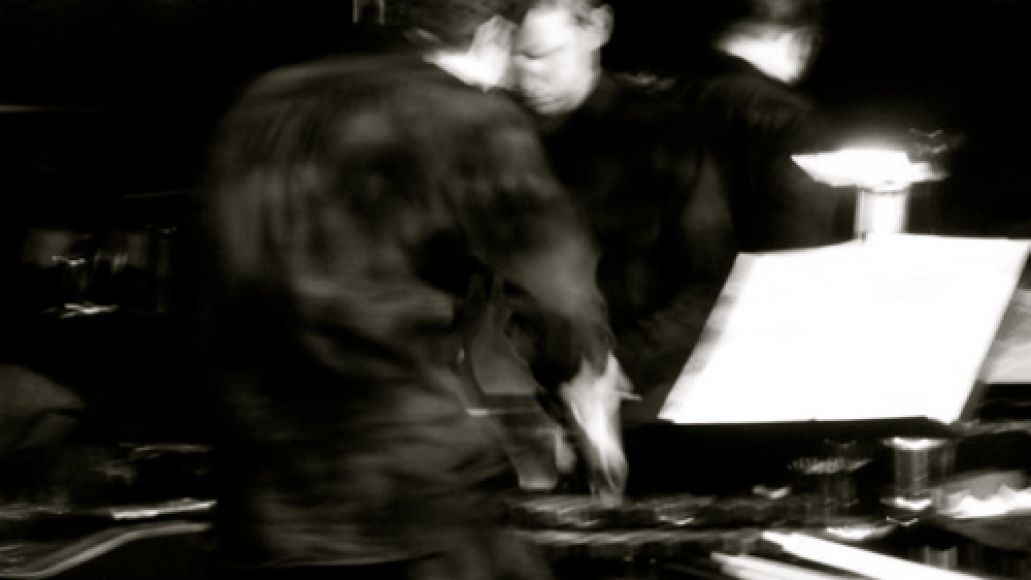 Each section has its own mood and livelihood, something that the players were able to highlight without making it seem like a series of vignettes. Exploring the high registers of the marimbas, it sounds almost like a steel drum. Signal brought out a loose, sparse, almost defeated quality in certain sections that contrasted with the dense intensity of the full-group parts. The strings – just a violinist and cellist – were alternately able to blend into the fold with a flat sound or to stand out with expressive and impassioned melodies. Similarly for the two bass clarinetists, who created walls of sound with their long tones and later switched to the standard clarinet for jazzy melodic ideas. Their playing showcased the jazz influence in this music, as important to Reich’s conception as the African rhythms which run through the percussion parts. Throughout the night, I kept thinking how this particular performance really swings, a nuance that speaks worlds considering there are eight percussionists onstage.

Signal’s vocalists were especially impressive, showcasing how Reich was able to turn the human voice into an instrument of pure sound, blended into the textural fabric of the piece. Somewhere in the middle of the piece, the human presence returns, transformed from an instrumental timbre into a recognizably human voice singing a jazzy lick or staccato “doos.” This was the singers’ most stunning feat: their ability to take away or add back the human element into their timbre and articulation. 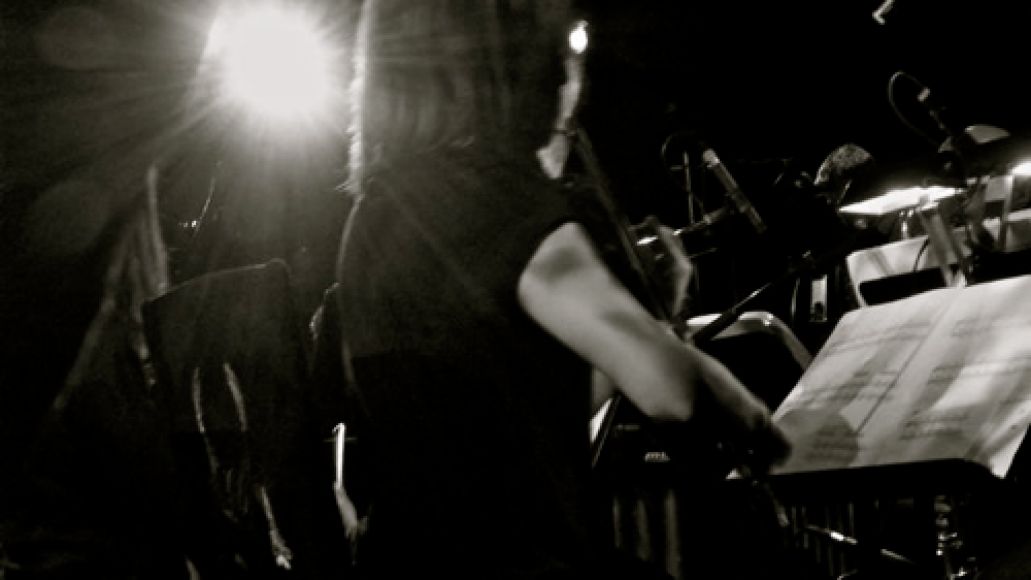 Microphone placement, amplification, and sound mixing is equally important to the success of this work. Signal’s director, Brad Lubman, created a perfectly balanced sound that made each instrument stand out when it needed to and blend in for the rest. He was, of course, aided by the synchronized microphone movements of the vocalists, who created waves of energy and sound by moving their mics closer and away from their mouths. Ditto to the clarinetists, whose washes of tone ebbed and flowed as they passed their instruments back and forth in front of the mics. The clarinetists and singers were as skilled at playing the microphone as they were playing their instruments.

One of my favorite aspects of this performance was the setup of the venue. Normally, music is played from the stage, and we the audience sit below to take it in. The linear nature of most classical music is well symbolized by the binary relationship of performer to audience. For Music for 18 Musicians, the group was placed in the middle of the room, with audience surrounding them on all sides. It was an apt metaphor for the music, which diffuses out in circular patterns, seeming to emanate from a rhythmic center. Reich himself, clad in his ubiquitous black cap, emerged from the audience to thank and hug the performers during the lengthy ovation. To think of the number of times he’s heard, and played, this piece, and yet he still has reason to joyously hug musicians. With many more performances of his music this spring, there are ample opportunities for future mind blowing and face melting. Try it, you’ll like it.