The LCD Soundsystem ticketing debacle for their final show at Madison Square Garden raised the hackles of an entire music community, from the fans who were bested for tickets, on up through various press outlets and commentators, all the way to James Murphy himself. Aspersions were hurled via twitter, blog posts, and articles from all members of the music community as everyone searched in desperation for a whipping boy for their collective disappointment.

Now that the dust has settled, fans mostly pacified by the addition of four shows at Terminal 5, and Murphy back out of the internet’s limelight, there still hangs an unnamed bad vibe over February 11th’s general on-sale date for the MSG show, and no clear verdict of what went wrong. For many, scalpers took the brunt of the blame, and rightfully so. But as with any dubious enterprise, there’s never just scapegoats on the street acting independent of a system — they are given the freedom to act this way because of incentives afforded to them. What force, economic or otherwise, allows ticket prices to inflate in after market marketplaces? How have the economics of the music industry shifted so much pressure on the economics of a live event? What can be done to fix this increasingly broken ticketing economy?

Looking for clarity on this issue, Consequence of Sound reached out to Lefsetz. He declined to comment. However, another member of the music community spoke candidly on the topic. An independent promoter, who asked for their name and company to be withheld, talked with us at length on this issue and many others concerning the state of the music industry today.

“When people go to a concert, they don’t think about who the promoter is, or care, so there’s really very little incentive for any promoter to not [withhold tickets],” the promoter explains. “If they can mitigate the risk by not only letting it happen, but helping it happen, they kind of will. I don’t see why they wouldn’t.”

The promoter admits this is not done on a purely selfish level. For a promoter to ignore the declivitous trends in the music industry would be just bad business. For quick reference and context, here are some figures from a recent and terrifying article in The Business Insider: 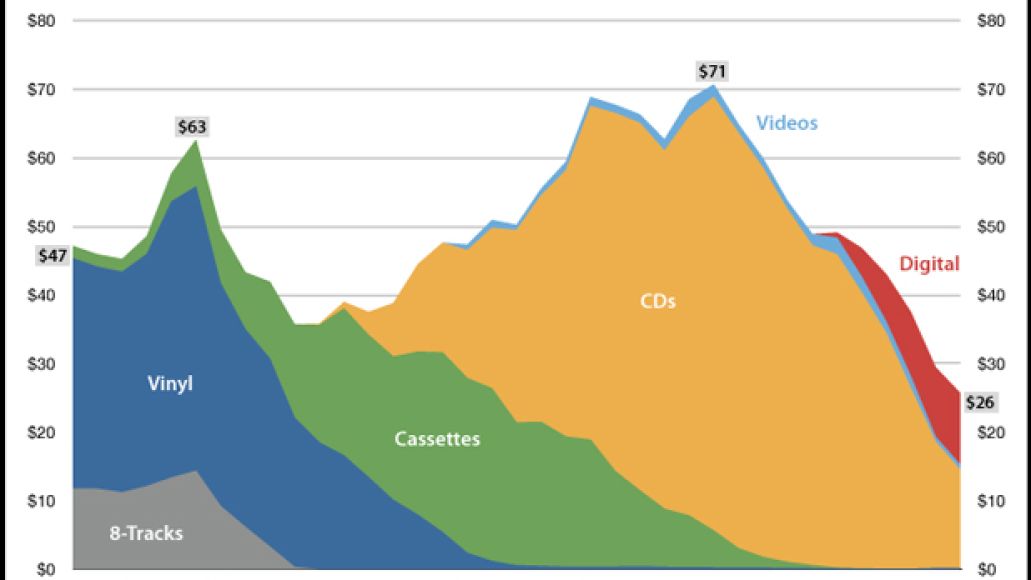 “The economics aren’t that complicated if you think about it,” the promoter continues. “It can quite simply be said that the old model was: ‘Put out an album, we go out on tour to promote sales of the album. Now we tour, and put out an album to promote sales of concert tickets.’ Bands used to make a huge amount of money selling music and getting advances from the label. Now they make almost nothing. And so, they have to charge the promoter a higher guarantee [artists’ fee] to book at, and then the promoter has to charge ticket buyers higher amount to to get to the concert. And because of that, the promoter is incentivized to work with the scalpers.”

Scalpers, in this new economic model, are fast becoming useful tools for this one promoter trying to account for the increased capital needed to fund an event marred by increased guarantees and a sagging music industry.

“The promoter in me, that’s struggling to get to their break-even point, and has a show that is looking more promising, we’re incentivized to collude with the scalpers. As an independent, we’ve made relationships with [aftermarket ticketing brokers] to sell a bulk amount of tickets upfront at a discount.”

Increased scalping activity for a show increases the perception that the concert might be more successful than it actually is. Look no further than the press LCD Soundsystem received from their show. His eloquent and populist blog post entitled “fuck you scalpers, terminal 5 shows added” was widely republished across music and entertainment blogs, and while parts of the post were generously self-effacing and apologetic, much of the focus was geared profanely to scalpers. Most apt is how Murphy calls into question the ethics of the scalpers at the end of his post:

oh—and a small thing to scalpers: “it’s legal” is what people say when they don’t have ethics. the law is there to set the limit of what is punishable (aka where the state needs to intervene) but we are supposed to have ethics, and that should be the primary guiding force in our actions, you fucking fuck.” [sic]

In addition to perceived buzz, putting tickets in the hands of scalpers takes some of the burden off the promoters to make their goal.

“Say we have a ticket for $30,” the promoter starts. “If we could sell on day one, or on day zero, before tickets ever go on sale, if we can sell 500 of those tickets to a scalper for $25, that takes a lot of our risk off of our shoulders. And we want to be doing more of that to be quite honest, and we’ve discussed that. […] Scalpers get potentially sell out tickets at cheaper, and the promoter gets revenue in the door at day zero. So there’s a conversation happening.”

“The reason we’re able to sleep at night is because we’re not selling out. If things don’t sell out, we’re almost shifting a big amount of the risk to the scalper….For the smaller promoter, it’s something where we’re not pricing out any fans. It’s a situation where, if the break-even point is 3,000 paid ticket buyers, and there’s only 2,500 people [speculated] in demand, and the capacity [of the venue] is 5,000, then there’s no one who, if they want a ticket, will have to buy from that scalper. But we have to let the scalper speculate by buying our ticket up front, because otherwise we’ll never get to that 3,000, and that show will never happen again. But if they’re the only thing, if they’re buying 500 tickets up front at a discount, if that’s the only thing between us losing money and not losing money, why wouldn’t we do it if it doesn’t price out any consumers?”

In a faltering music industry, we also have to examine the ethics of a common practice that many in the music community participate in: pirating. Even a dated 2007 report states that global music piracy causes $12.5 billion of economic losses every year, 71,060 U.S. jobs lost, a loss of $2.7 billion in workers’ earnings, and a loss of $422 million in tax revenues, $291 million in personal income tax, and $131 million in lost corporate income and production taxes (via). Couple this with the exponential growth of the internet and the figures above, recent years could only produce equal, if not greater figures.

The promoter spoke to and took ownership of this problem, saying, “If people weren’t pirating music, it wouldn’t come to this. That is literally step one in this entire situation. As a consumer, I know I’m part of the problem that led to the situation I know deal with as a promoter, but the young generation just feels entitled.”

Alternative solutions were discussed, but each one demands some sort of a sacrifice from members of the music syndicate. We discussed artists working on more of a commission on the back-end (“The band makes X amount of dollars, and then they make 40% of revenue after the concert promoter gets to their break-even point. Every promoter wishes musicians were more accepting of that fee structure. But band’s know, increasingly, because they’re not making money anywhere else, relative to how it was 20 years ago, they need more money up front.”), paperless ticketing (“Paperless tickets — that concertgoer isn’t going to buy six tickets the day of the show if he can’t sell them later at equal to or less than face-value in case something happens. It gives someone a new reason not to buy a ticket.”), and dynamic ticket pricing (“the more price points the ticketing agency has on the supply and demand curve, the more total revenue you’ll bring in the door”).

The graph above is one side of the equation, and over the last decade, the ethically elastic music community has somehow balanced it. Each stone cast from a fan to a band, from a promoter to a venue, from an agent to the record label only bruises the community and continues to balance the steady decline of this industry. If the music community ever wants to reverse the trends of this grab, it will take a much more united front then the one it exists on today. Indeed, ethics should be the guiding force in our actions, and that goes for the entire suffering community — piraters on up.

So what was supposed to be the swan song celebration of a band ending its tenure as one of the most influential acts of the past decade digressed into a mud-flinging, price gauging, profiteering mess. The Bowery Presents and LCD Soundsystem’s management were reached for comment, but did not respond to our request. As one friend intimated to me, we’ll never know what went down unless the wrong person gets drunk and tells the right person.

But, if Lefsetz is correct in his theory, is it any wonder why The Bowery Presents would have allocated tickets to someone other than fans for a perceived sellout and a possible bump in capital? The promoter weighed in: “Ticketmaster, with the most sophisticated economic system that exists in the world, did it on purpose. That says something. That means it’s beneficial to the model. Everybody needs to do it — the industry is hurting.”