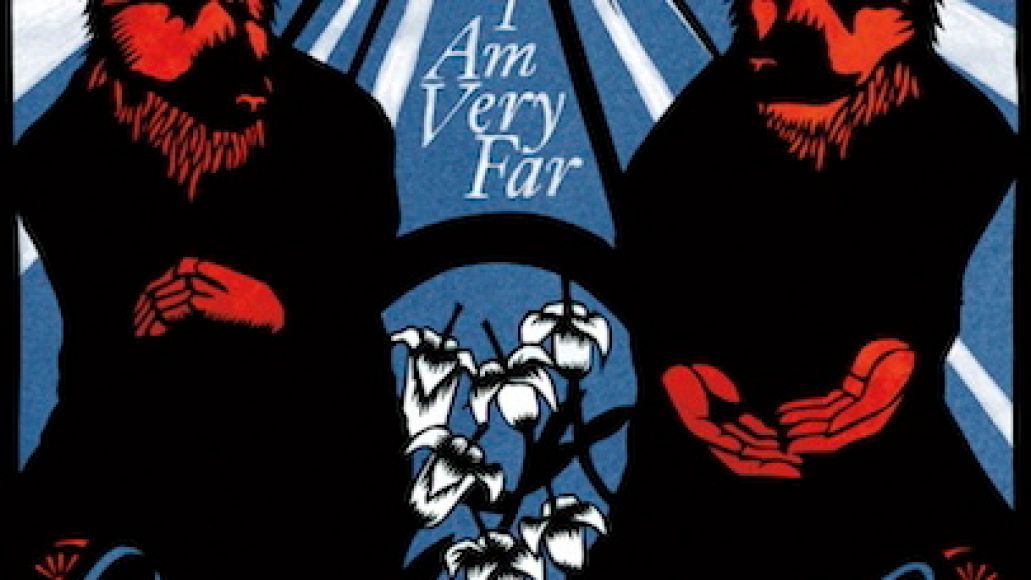 The lyric scroll in a music video, invented and perfected, is a good way to engage viewers/moms who “can’t understand what those scruffy boys are singing about.” Austin folk-rockers Okkervil River implement and distort this technique well in their few-tone video for “Wake and Be Fine”, the first single off their highly anticipated LP I Am Very Far.

But director Daniel Gibbs doesn’t rest comfortably on the simplistic format. Lyrical and band-member-quantity anomalies pepper the video, which keep your keen eye on its toes. Gibbs tells NPR, “I think that these ‘slightly off’ moments and esoteric lyric alterations really supported the ‘dream’ aspects of the track.” Coincidentally, that’s what mom just intimated to me, as well.

Frontman Will Sheff also offered insight into the grand style of the song, evidence by the band doppelgangers in the video. No, the core band did not double in size as suggested by the video, but they did enlist some ringers for the recording process: “When we recorded ‘Wake and Be Fine,'”, Sheff wrote, “I wanted it to have that massive, towering, overwhelming quality. I put together a giant version of Okkervil River – two drum kits, two pianos, two electric basses, five electric guitarists, two acoustic guitarists, thirteen percussionists, strings, horns, woodwinds, tympani, tuba. The band – minus the orchestral players – all sat in the same small room and played everything together.”

Check out the video at NPR, where you can also get the full skinny on the tune from Gibbs and Sheff. I Am Very Far hits stores May 10th via Jagjaguwar, and you can pre-order via Amazon.