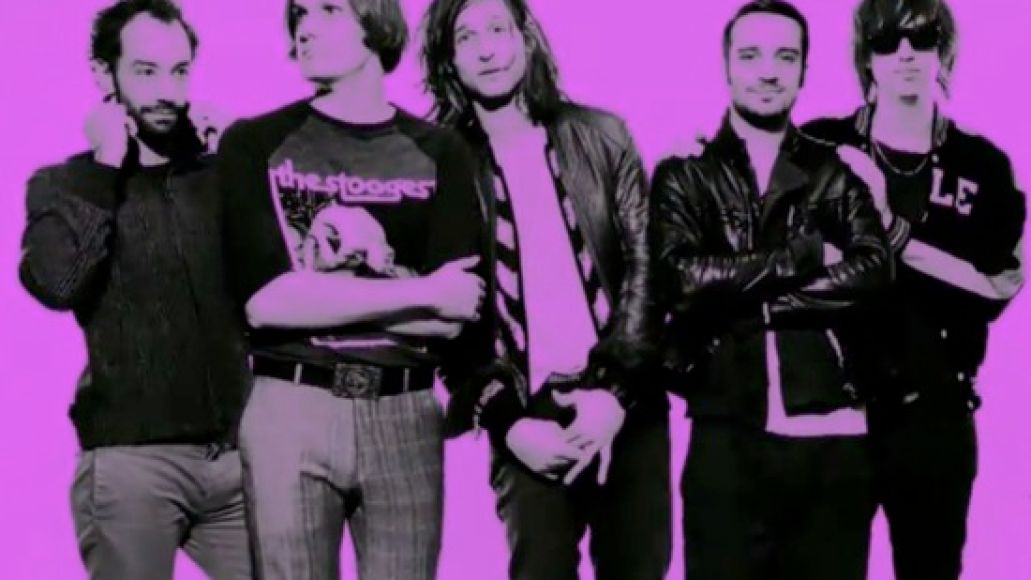 The Strokes referred to their return to Saturday Night Live as “déjÃ  vu,” which in many respects was an accurate description. Last night marked the third time that the NYC quintet performed on SNL, and for the third time, we watched in complete and utter jealousy as we were reminded how fucking cool they are. The band’s swagger remains as hardcore as it did when they busted out “Last Nite” in ’02, from that nonchalant rock star attitude to Julian Casablancas’ weird-as-fuck dress code. In fact, these dudes and Joe Strummer documentaries are the two reasons I wish someone had bestowed actual talent in my fingertips.

However, what is different about these Strokes vs. the 2002 or 2006 incarnations of them is what they’re playing. As Mike Roffman pointed out in CoS’ review of the band’s forthcoming Angles, The Strokes of today are essentially a 2.0 version of their former selves, with their fourth LP marking a new, more eclectic style. This reality was further exemplified on SNL appearance #3 when the band dropped the album’s rather deceptive lead single, “Under Cover of Darkness”, and then followed it up with their homage to The Police — “Life is Simple in the Moonlight”. The latter was decidedly more impressive than the former, especially since it marked the world premiere of the track, plus Casbalancas’ vocals cleared up/were mixed better. But of course since they’re rock stars and they do rock star things, the water cooler talk will probably center around why Casablancas looked like he just came off an all-night bender and his big ol’ “fuck it” to cap off “UCoD”. Another highlight: Miley’s cut-off Strokes tee.

For those who missed it, watch the clips in full below, via The Audio Perv. Angles arrives March 22nd via RCA, and you can pre-order your copy here.

“Under Cover of Darkness”

“Life is Simple in the Moonlight”