Outside Lands burst onto the festival landscape in 2008 with a lineup headlined by Radiohead, Beck, and Tom Petty, and then followed up in 2009 with Pearl Jam, Dave Matthews Band, and Tenacious D. After downsizing to a two-day festival last year, the San Francisco-based extravaganza is back to its normal three-day format and has tapped a number of music’s biggest names to headline the festivities.

Set for August 12-14 at the historic Golden Gate Park, the festival will be led by Arcade Fire, Muse, and Phish, the latter of which will perform two sets over the course of the weekend. Other heavyweights include The Black Keys, Deadmau5, MGMT, The Decemberists, Arctic Monkeys, The Roots, Girl Talk, Erykah Badu, and Beirut.

Three-day and VIP passes will go on sale Thursday April 14th at 12:00 p.m. PST via the festival’s website. A significant portion of every ticket sold will directly benefit San Francisco’s Recreation and Park Department. 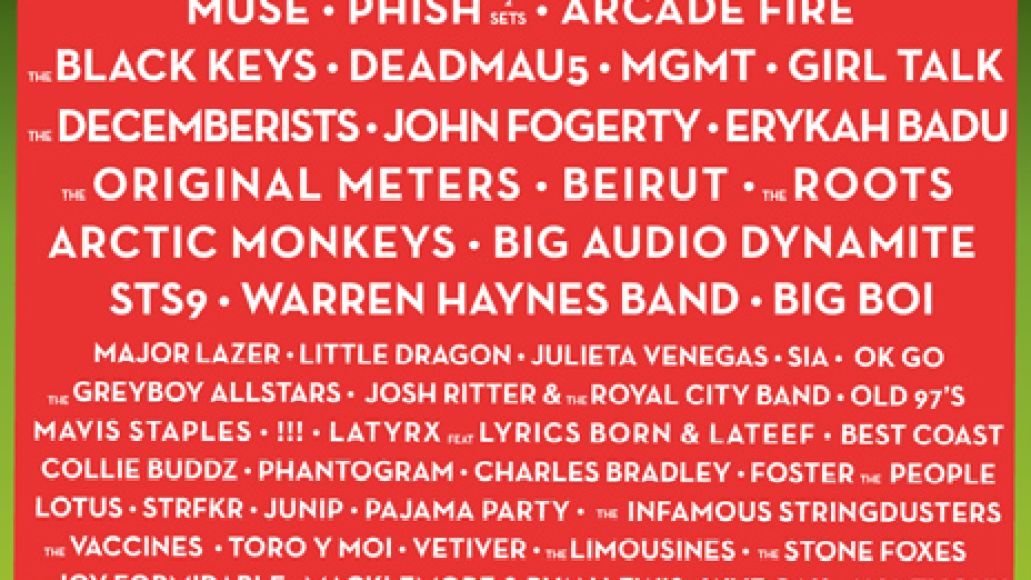