Kurt Cobain is a man who was never able to retain the privacy he desired. So beloved was he and the music he created that he was photographed, reported on, interviewed, taped live. It would seem that just about everything there is to say about him must already have been said. But the one topic that still divides Nirvana fans almost 20 years ago this week is how Cobain died. Officially, it was suicide, of course, but conspiracy theorists like to argue whether it was murder, whether Courtney Love had anything to do with it, whether anyone saw, and so forth. By 2011, though, even that topic is aging—so when one hears about a play that centers on Cobain’s death, some concerns unfold. Namely: Is this relevant? Is it interesting? Is someone going to try and impersonate Cobain?

The answers to those questions are yes, yes, and no—Cobain’s not actually in the play, which is probably for the best. Watching someone try to be him would draw attention away from the plot of Randall Colburn’s Verse Chorus Verse, a new theater production by Chicago’s Tympanic Theater Company. Instead of solely focusing on Cobain, Colburn’s narrative focuses on two story strands, one a fictionalized version of the supposedly-true events that inspired the Nirvana song “Polly”, and one a present-day story about what-ifs and what-could-have-beens, about “existing in the wake of an icon”, as Colburn puts it.

That second strand particularly is powerful stuff. The flashbacks to young Polly’s tragic misadventures are disturbing and compelling in a crime-TV sort of way, but the real meat of the play is in the present day setting, where a young musician named Garrett, equally burdened and flattered by being labeled “the reincarnation of Kurt Cobain”, tries to sort out what that means while reconciling his personal experiences relating to Cobain’s death. Without revealing too much plot, Garrett has a real reason to wonder what life would be like if Cobain had lived, and that motivation drives a play with curling, mysterious storylines that dig at the now-ancient who-dunnits, all while Garrett nurses a tense and tender relationship with the adult Polly. 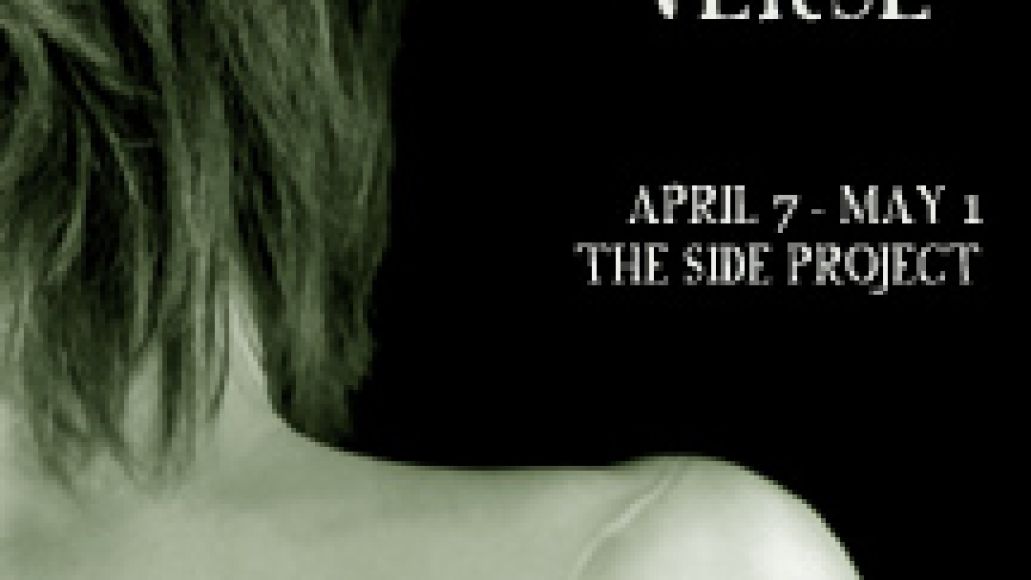 Produced by Consequence of Sound‘s own Dan Caffrey, who also founded Tympanic, Verse Chorus Verse is a music-themed murder mystery, complete with band members and music writers and backstage conversations. It is, in other words, hugely entertaining for any music fan, but it also makes you think: What really happened to Cobain? To Polly? To any of us? Our memories, our reasons and motivations all dissipate and are lost to time eventually; all that remains are the people who survived that time and that place, left to string together something like reality.

And of course the music of Nirvana is woven into Verse Chorus Verse, not in an obtrusive or obvious way, but tucked into corners as a normal part of the fabric of the characters’ lives: a riff here, a few bars there. During a rehearsal, a cast member missed a line and apologized. As it was still early in rehearsals, the director chided, “No apologies!”, to which everyone present immediately chimed in, “ALL apologies!” For the cast and for those of us old enough to remember Nirvana, moments like those are a part of our cultural upbringing, as unavoidable as rain. It speaks to the way that music is indelibly intertwined with love, growing up, finding your way, loss, and heartbreak. In that way, it makes sense to intertwine it here with the world of the play. Says author Colburn: “I hope people leave the play talking about a lot more than Nirvana, though I do hope it inspires them to dust off their copies of Nevermind and get nostalgic.”

Randall Colburn’s Verse Chorus Verse, produced by The Tympanic Theater Company, opens at Chicago’s The Side Project on the anniversary weekend of Cobain’s death, and runs April 7th- May 1st. See Tympanic’s website for more info.