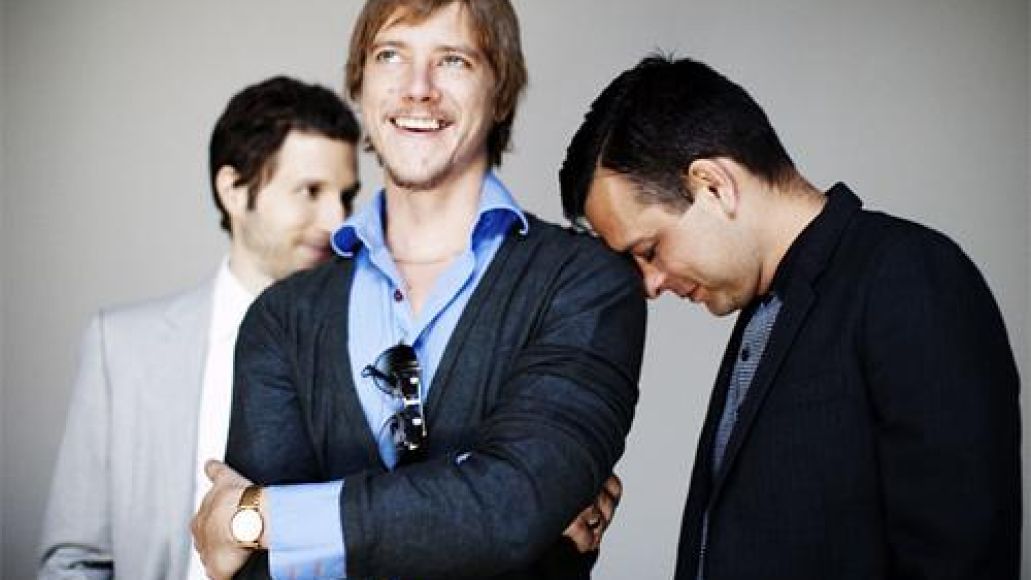 Last week, all we knew about the collaboration between Coachella artists and The Creators Project was that TCP was working with the likes of Animal Collective, Arcade Fire, and Interpol to transform the bands’ sets into “dramatic multimedia performances.” While AnCo wasted no time in spilling the beans on their collaboration, both Arcade Fire and Interpol have kept their mouths shut. Well, sort of.

There’s still no telling what the award-winning Canucks are up to, but now a post on Matador Records’ blog says that Interpol will be collaborating with none other than director (and new Death Cab For Cutie pal) David Lynch to make the New York-based outfit’s performance a “juxtaposition of the seen and unseen” that will turn the “observer into the observed.” Hopefully that doesn’t mean audiences will be wrapped in plastic.

The show is supposed to set the premiere of a Lynch animation titled “I Touch A Red Button Man” to the song “Lights”, and the details get even creepier as the release also says that the project reportedly deepens the layers of covert surveillance and questions the fine line between the viewer and voyeur.

The best part is that it will all be streaming live to the interwebs for all to see. No word on whether that makes you want to scalp tickets to the already sold-out activities this weekend, but here’s a clip of “Lights” to give those planning to attend Interpol’s Friday on night set something to practice to.