There’s always been talk of spring being when a young man’s fancy turns to love, but for many of us, this is a time when the only thing burning is our interest in the coming music festival season. With the world beginning to undergo its annual thaw, this is the calm before the outright explosion of festival extravaganzas. With South by Southwest kicking off in the middle of this month, Coachella taking place in early April, and a slew of other outings from Bonnaroo to Lollapalooza keeping festival-goers in the throws of passion until as far out as August, it’s truly the most wonderful time of the year from here until the fall of the first leaves. But while this season is full of its own juggernauts, mavens, and most beloved, there’s also one festival looking to stake its claim in the hearts and minds of fans: the Hangout Music Festival.

In its inaugural year, Hangout was marked by having occurred alongside the Gulf Oil spill. Even still, fans flocked to Gulf Shores, AL, to see headliners John Legend, the Zac Brown Band, Gov’t Mule, The Black Crowes, Alison Krauss & Union Station, and a host of other supporting acts rock the sandy Gulf beaches. For its second year, the festival has fewer man-made disasters to handle and instead begins the work of developing itself. Tapping a decidedly larger set of headliners including Paul Simon, the Foo Fighters, Widespread Panic, and the Black Keys, Hangout is looking to corner the market on the luxury side of the festival appearance. Speaking to CoS from his office in Mobile, AL, festival co-founder AJ Niland discusses the festival’s growing pains, their role in the festival universe, competing with other well-established fests, and Bob Marley.

What was the inspiration to start the festival? Other than being a part of Concerts for the Coast, is there an idea other than to throw a great event?

Well, my partner Bennett (Drago) and I have been promoting regionally for about eight years, and we had been searching for a festival site for about the last five. We had been looking to create a festival for some time, but we did not want to do anything that had been done before. A camping festival was out of the question, as was a city park-type fest. Aside from our desire to produce a fest in general, this Hangout was really inspired by the property itself. It was a chance to do a fest in the sand on a beach. The Concerts for the Coast series actually took place after the fest had been started. The oil spill was not in our plans, as you could imagine. We just tried to make lemonade out of lemons.

Can you talk a bit about planning a festival in a region that got so much attention for being in the midst of one of the biggest eco-disasters in recent history?

We were only 40 days out from the festival when the spill happened, so most of the planning was done by then. However, from that first day until the fest itself, it became our primary focus. Attention was needed to deal with the potential issues of public safety and the environmental impact. One thing we never considered was canceling. We rallied with our community to bring some much needed relief to a very trying time. Rock and roll was our savior.

Obviously you were looking for a beach to hold the fest at, but what in particular about Gulf Shores, AL, attracted you?

We had not been searching for a beach, specifically. We actually looked all over the country at mountains, cities, islands, race parks, football stadiums, etc. The property in Gulf Shores, which was in our own backyard, had the right elements existing to lend itself to our vision. The city and community surrounding also were a big factor. They have been very supportive right from the start.

The beach is a different component. Because we have concerts from 11 a.m. to 11 p.m., it lends itself to early morning shows or after-hour shows, so that when you’re not listening to music, you can go lay on the beach and enjoy the outdoors, which is a vacation in and of itself. The beach definitely helps us in that we’re seeing more artists hanging around for the weekend, which will help us later down the road. We always want fans and patrons and artists to be able to enjoy themselves together.

There’s a line on your site that says, “Shed the mud-boots and sleeping bags and wake up each morning from a fully equipped condo, many with ocean views.” To me that paints almost a high-end vibe; would you say you guys are kind of the luxury festival, at least comparatively? Even fests like DeLuna are coming out as being more luxury-focused.

In the Gulf Shores/Orange Beach area, there are camping, RV, hotels, condos, and houses, so, really it’s more about being different than luxurious. I think our fest caters better to a high-end crowd because of those amenities. There are some really great camping festivals out there, but our fest is really a vacation with a music component.

How does it feel to be a new festival in a market where some have been around for 10 or more years and are more established?

Hmmm. Interesting question. We are so focused on what we are doing, I hadn’t given that much thought. We feel that there is a wide world of taste out there, and that there is a festival for everybody. I personally feel like festivals are a big part of the live music evolution. There is far more value in a festival now, versus a season at the local amphitheater or arena. I think more are going to pop up.

Other festivals can be intimidating; the ACLs and Lollas of the world do the park festival so well. Bonnaroo is the best in the world at what they do. But we’re not trying to compete with them.

Do you have an ideal target audience, a particular fanbase you’re striking at?

People who are looking to enjoy a boutique music festival in a serene environment. Our fest attracts a very wide demographic, from the college kid to the parents with kids. It’s the beach; who doesn’t love the beach?

Can you talk about getting the lineup in order? What’s the process of getting it set? How do you pick the acts? Is there anyone you still wanted but couldn’t get?

Todd Coder, a longtime friend and colleague, programmed the fest. I set out for a diverse lineup from the start. Todd and I put together a wish list, and then we started making offers. Simple as that, really. We tend to go after the things we are listening to at the time, but we always consider the beach setting when booking an act. We are shooting for a great atmosphere overall. 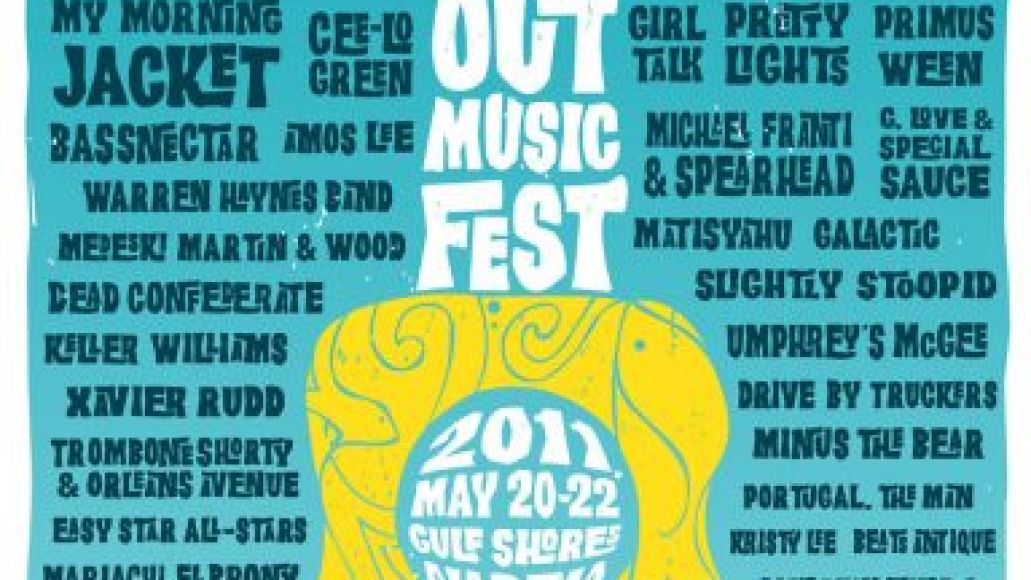 What prompted the shift in lineup? It seems like you got bigger acts in year two. Is that just from having more experience and being known?

Just the natural progression of a festival, really. First-year festivals have a harder time booking, simply because it’s year one and there are a lot of unknown variables. I think the artists who had a great time last year spread the good word. That helped a lot. There were far more acts who wanted to play this year from the start. They get to vacation while they play.

A lot of other festivals (i.e. Bonnaroo tapping Lil Wayne and Eminem) readily accept rap, while you guys seem to kind of avoid it. Is there any pressure to tap into that market, or is it a conscious thing to avoid it?

We definitely don’t avoid it. We have made quite a few offers to hip-hop artists; it just hasn’t worked out for us yet. We feel that there is certain hip-hop that translates better live, and that’s what we go after. The Roots, who we had last year, are a great example of the hip-hop experience we are looking for. Right now, indie hip-hop and R&B is the segment we are really seeking to play the fest.

We want to be around for the long-term. Really, we’re looking to grow every year and make the fans’ feedback the rule of thumb. We’re not, though, trying to compete with them [other fests]; we’ll look to them to make sure we have different lineups, but we’re not looking to expand capacity. We’re looking at growing how we get artists, but we don’t have a 10-year plan.

Are there any lessons you learned from last year? Things you’ve learned in general?

How important it is to be prepared for just about anything. Also, how important space and comfort is for a fest. Both are big parts of our program now, and we are going forward.

How about any potential dream acts?

Bob Marley would be amazing on the beach, but there may be a few hurdles with that. Maybe technology can help us out? In essence, most of our dream acts are unattainable: Zeppelin, Pink Floyd, Rolling Stones.

The Hangout Music Festival goes down May 20th-22nd in Gulf Shores, AL.  Stay tuned to the Festival Outlook page for updates on the lineup and how to get your tickets. What’s more, keep your eyes peeled to both @coslive and @cluster1tv for information on our upcoming ticket giveaway – which will happen any time now.