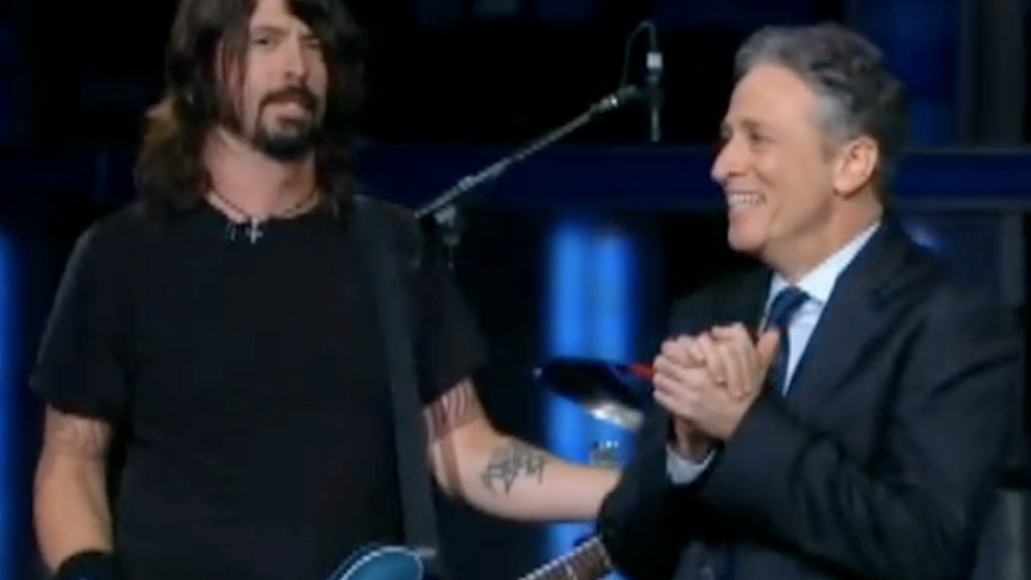 After an arguably hit or miss episode of The Daily Show, the only person to stomach politics these days with a smile, aka Jon Stewart, brought out the Foo Fighters, exclaiming excitedly that Wasting Light will soon be available on vinyl as he clutched one in his hands. He wasn’t the only person unwilling to contain his excitement. The raucous quintet, that’s making the rounds about New York City, uncorked the album’s tightly wound opener, “Bridge Burning”, with an energy reserved for sugar-rattled kids in a classroom on a rainy Halloween day. And unlike their performance this past Saturday at 30 Rock’s Studio 8H, you could actually hear the three guitarists on stage.

As usual, Dave Grohl bounced back and forth at the mic, his hair a cloudy mess, to which Stewart, following the performance, recommended he “consider a pony tail.” Grohl joked that he tried the fashion tip out once, only it looked more like a “donkey tail.” After a few more laughs involving the Foo’s respective kids trashing the green room, Grohl turned the freak button on again, this time for a solid offering of “Arlandria”. Unfortunately, the credits rolled just as the song’s stellar refrain rang out. Oh well. Good to see they’re offering varying cuts and enjoying the album in full – we know we did.