Despite the glitz and glamor purported in music videos, live performances, and certain areas of rock journalism, pop music is not always a beautiful dream come true where hard work pays off and the universe balances itself out evenly when all is said and done. Beloved bands break up, careers crumble, people go unfulfilled regardless of chart success, and sometimes our rock heroes even die. If there’s one musician that knows a bit about the disappointment aspect of being a rock and roller, it’s Ruban Nielson.

Formerly the guitarist of the Portland, OR by-way-of-Auckland, NZ band The Mint Chicks, Nielson, along with bassist Michael Logie, drummer Paul Roper, and brother/vocalist Kody Nielson, crafted three albums of troublegum, experimental and jarring noise rock combined with the appeal and sensibilities of power-pop. Then, almost suddenly, the band called it quits in March 2010. For Nielson, the truth of the split comes with an almost completely removed tone. No longer was the act of music making a job, opening up all sorts of doors once he returned to Portland.

“Yeah, I quit my band and came back to Portland to try and break into something visual, like illustration,” Nielson says. “I had this record in my head that I wanted to make though, just for myself.” 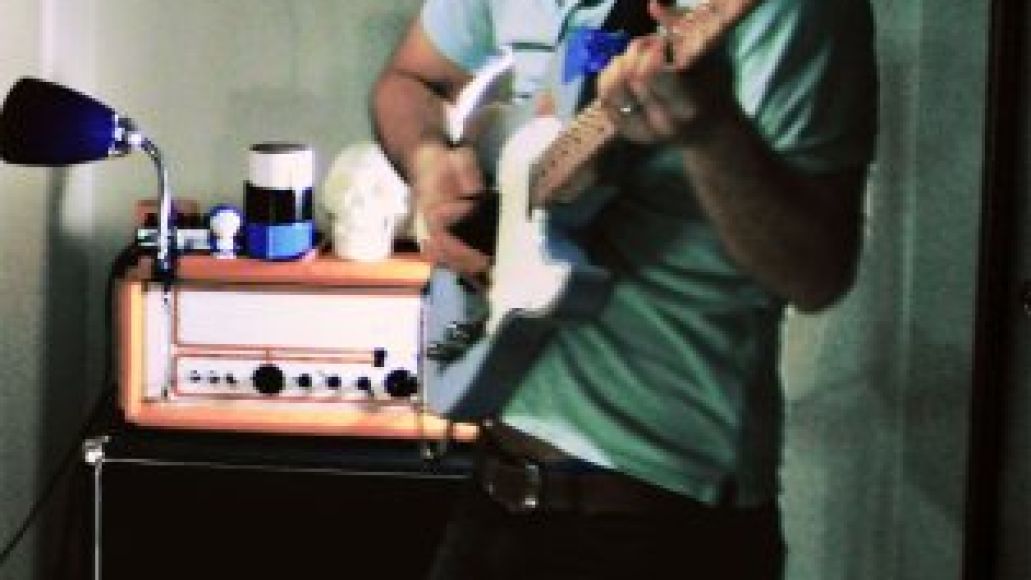 But what started out as a solo project caught the attention of the blogosphere after just a couple songs. Nielson, recording under the name Unknown Mortal Orchestra, has so far released one EP of four songs. While that sound is eerily similar to the music of The Mint Chicks, there’s a more intense edge that perhaps reflects some of the darker undertones of the biz Nielson saw with his previous outfit.

“I usually just say it’s psych music. I guess there might be a lot of stuff in there: Captain Beefheart, Zappa, Ramones, Sly Stone, Prince, RZA, Syd Barrett,” Nielson says. “When I sit down to write and record, I don’t really think about influences, though; it’s all just made its impression already, I think. I guess people like it because it comes from a real place.”

Despite the seemingly random combination of influences, the songs have a definite and unique identity. Take, for instance, the song “How Can U Love Me”.  It’s the epitome of ’70s FM radio funk, filtered through a distinctly lo-fi, minimalist sound to give it a sheen of poppy appeal and the disgust of some noise experiment that somehow work both hand-in-hand and tooth-and-nail against each other. It’s not, however, the lo-fi of some of his contemporaries. The appeal of the songs is all about getting to the basics and taking decades of music that spans various cultures, classes, and volume levels, making it all as powerful as it can be. The groove of that track becomes the in-your-face assault of “Nerve Damage”, a shot of glorious first-wave punk. Call it unfocused if you will; Nielson is simply a man with a lot on his mind and no use for boundaries or holding back at this point.

The songs blew up big in December 2010. Since then, Nielson’s played with everyone from up-and-comers Yuck to the slightly more established Smith Westerns. Undoubtedly part of his project’s instant appeal, which came quickly even to Nielson, is that his web presence is almost non-existent, with nary a MySpace or blog to be found (even his Twitter is rather cryptic at times.)

“I don’t hate the Internet; I just want to stay focused,” Nielson says. “The web presence isn’t that low-key to me. It’s just straight-forward, and it doesn’t sprawl because I don’t want to be on every network. Even our Facebook is fake. I don’t know who’s running that.”

Nielson’s focus really is the big draw of it all (living in Portland probably helped that; Nielson called it “a mellow place and it’s pretty creative”). It’s the glue that holds the monster hybrid that is his sound together, it’s the thing that brought him back from a career he was willing to let die, and it’s the drive that made him a booming success right out of the gate. As for the future, Nielson’s just as direct and to the point as ever, even as things look bigger and brighter, always keeping things equally mysterious and intriguing.

“There’s an album coming out in the U.S. on Fat Possum [due June 21st] and we’re touring with the Smith Westerns again, and then with Portugal the Man and Telekinesis, and then with Yuck and then some more touring after that,” Nielson says. “About seven months worth. After that, who knows?”

And with a sound like this, who really cares anyways?

Want to be the next up and coming artist featured on Consequence of Sound? Submit your music exclusively through Sonicbids.