San Francisco: experimentalism, a meeting of East and West, progressive sounds, rock, blues, consciousness expansion. For decades, it’s been the place to go to be artistically free, away from the stuffiness of East Coast pretention and pomp. Or so they say.

Listening to the music of six San Francisco composers Monday night – some natives, some transplants drawn by its inexorable call to musical liberation – I’m reminded of the idea that San Francisco’s modern classical sound is, more than anything, a rejection of academic pedantry and an embracing of music that is close to the composer’s soul. The string quartet ETHEL and slick chamber ensemble Alarm Will Sound treated the crowd at (Le) Poisson Rouge in the Village to world premieres by Dohee Lee and Ken Ueno, commissioned by the Meet the Composer organization, while pieces by the well known Terry Riley and John Adams, and the lesser known Hafez Modirzadeh and Pamela Z, rounded out the program.

The city by the bay has long had a close relationship with the Far East, and Dohee Lee’s hauntingly gorgeous string quartet HonBiBaekSan (The Ritual of White Mountain) seemed to celebrate her dual identity as a modern composer and Korean-American. Pentatonics and plucked strings that sounded like the traditional Korean gayageum mingled with pre-recorded sounds of wind, chanting voices, and deep, woody drums, but then built toward frenzied peaks of fast, rhythmic bowing. The climaxes were brought back down to earth with dripping glissandi and angry, wailing shrieks on the strings, before the recorded percussion initiated a driving, four-on-the-floor beat. Over this modern texture created by the sounds of traditional instruments, ETHEL crescendoed into a unison tremolo groove to cap this transcendent piece. 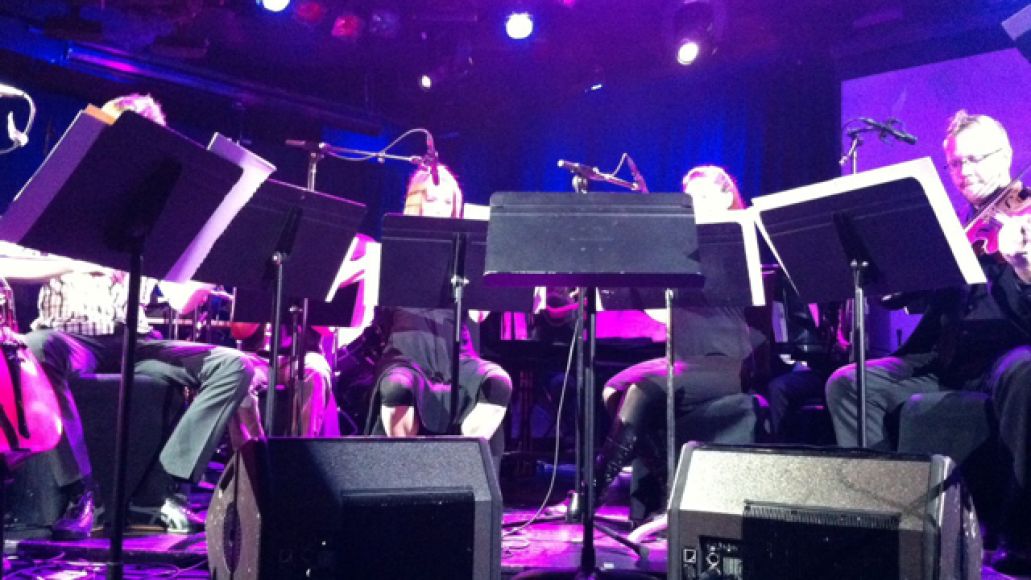 The pentatonic consonance and intensity of Lee’s work was matched by the dissonance, experimentalism, and sheer bravado of Ken Ueno’s piece for Alarm Will Sound, (X)igágáÃ­. Ueno’s piece explored different kinds of white noise and wind-like timbres, utilizing a full array of human- and instrument-generated white noise. Shushing, hissing, heavily breathed vocables, a vibrating alarm clock on a snare drum, the slow ripping of paper, and the sound of air breathed through wind instruments all displayed Ueno’s virtuosic control of sounds and timbres, demonstrating that static can be quite variegated. Punctuating all this white noise were a series of loud dissonant chords, shimmering in colors reminiscent of Kaija Saariaho’s music, with long, eerie string glissandi that sounded like the moment before LOST cuts to commercial.

(X)igágáÃ­ wasn’t just wind and loud chords, though, as the group played frenetic, chaotic scales leading up to those crashing percussion moments, and a more mellow polyphony of metal pipes that sounded like wind chimes. Both Ueno and Lee were able to harness the sound of air moving, whether recorded or created live, but also to incorporate reminiscences of ancient music, in Ueno’s metal pipes or in the primal plucked strings and hollow bells of Lee’s sound world. Although coming from two very different aesthetic places, both composers were able to articulate something of the San Francisco worldview, in their marriage of Western and exotic sounds, in their experimentalism with timbres and electronics, and in the directness that each used to convey their musical idea to the audience. 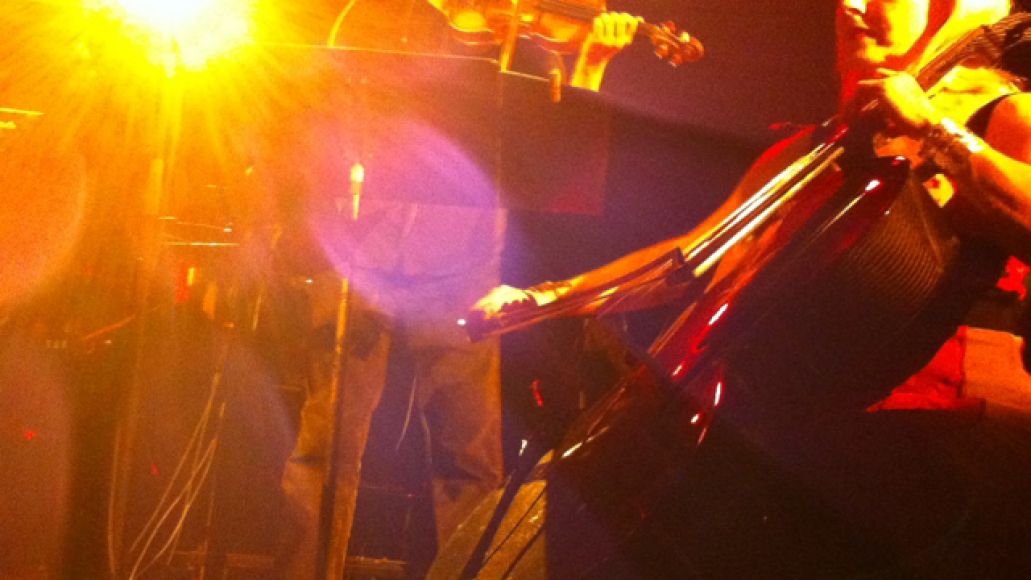 The program was rounded out by works that complemented these premieres and provided a grand arc to the geographic narrative. If there is a such thing as psychedelic classical music, then Terry Riley is its poster child, as much a part of the late 60s San Francisco musical world as the Jefferson Airplane or the Grateful Dead. A true visionary hippie/mystic, Riley’s Sunrise of the Planetary Dream Collector is infused with the same pentatonic scales heard in Lee’s work, but for him they sound like blues rock in a string quartet. A few moments of the entire quartet playing together seemed to hang on a blue note, giving the piece an entirely genuine pop feel, while the moderate rhythmic pulse edged the piece onward. Modirzadeh’s A Hot Time in the Ol’ Town was a suite condensed from a much larger jazz work. The rhythms and melodies of the jazz world mixed with the composer’s Iranian-American heritage, with emotional outcries from the violins over a languid cello and viola beat. His second movement utilized the cello as a percussion instrument, literally banging on the wooden frame like a Middle Eastern drum, with sweeps along the fingerboards of the violins sounding like sound effects.

Pamela Z’s ETHEL Dreams of Temporal Disturbances was a less successful, albeit fun, piece that came off as a whimsical gimmick. Using pre-recorded text from TV commercials spoken by a cool, sterile female voice, the string quartet seem to play an ancillary role to the lyrics, perhaps a commentary on the power television has on the American psyche. John Adams’s American Standard is the work of a composer still searching for his voice, a portrait of a newly transplanted San Franciscan reminiscing on his staunch New England upbringing. The three movements are brimming with Ivesian glimpses: marches, serene hymnals, weird dissonant repeating patterns, and sentimental pop songs all find their way in. The third movement, a homemade big band arrangement with a shuffling jazz beat on trap drums, provided yet another glimpse into the cool, laid back, but sincere approach these West Coast composers brought to the table. Adams literally imbued the piece with San Francisco’s democratic idealism, allowing for the music to be performed or played any way the group feels. Alarm Will Sound chose to integrate video and slideshows into their performance. In the cool confines of the Village Monday night, it didn’t feel all that far from San Francisco.