You know how you forget about certain individuals you went to high school with years ago and then some random event will happen that’ll just flood you with memories? And it’s just like an “Oh yeah! Whoa, I totally forgot about so and so” moment? This was my overall feeling at My Chemical Romance (MCR), just on a much larger scale. The whole Hot Topic crowd is sort of a subculture that fades into the background after you don’t have to see them every day when you get to school. I completely forgot all about the enormous Black Parade movement that took place back during my sophomore year in high school. I guess I just assumed it was a passing phase. Turns out I was really wrong. These kids still exist – fingerless gloves, patchy, studded denim vests, and B.O. all intact.

And in theory, the individuals in attendance should have no bearing on the performance by My Chemical Romance. Unfortunately, however, they do. I’ll put it into a nice little analogy for you. So you’ve been shopping in a thrift store and let’s say you found a mint condition vinyl of Lou Reed’s Transformer and the people running the shop have no idea what it’s really worth and they give it to you for a dollar. Bonus, right? Upon exiting the store, however, you immediately feel like you need to wash your hands because some part of your psyche equates second hand items with disease spreading germs. No matter how happy you are with your new copy of Transformer, you’re still going to find the nearest rest room so you can wash the second hand musk off your hands.

Seeing My Chemical Romance is sort of like that. The band themselves played such a tight, spot-on performance that it’s a gift to be witnessing it in the flesh. But once you leave the venue, you feel an incessant need to shower off the stink of My Chemical Romance’s loyal fanbase. 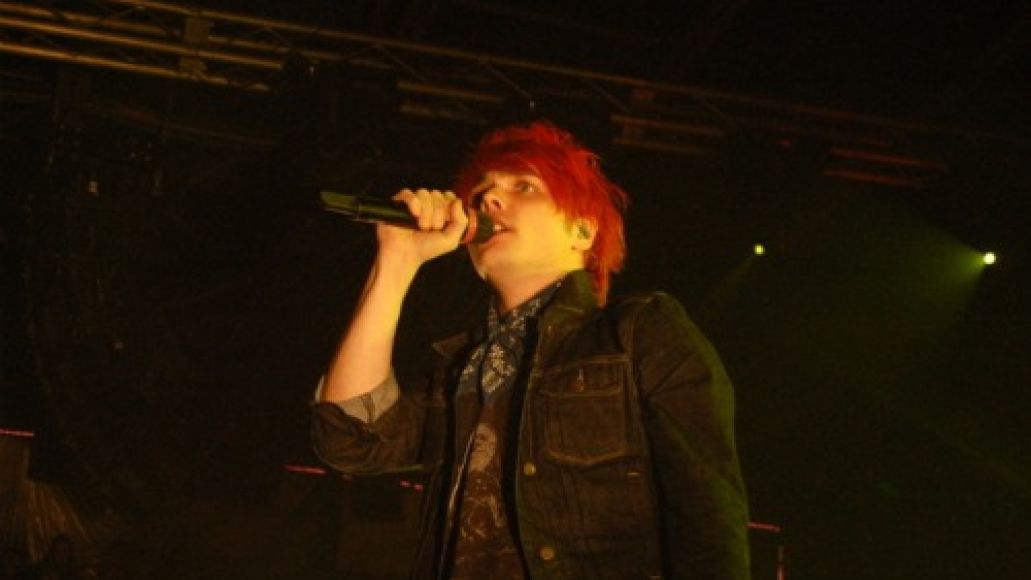 I wouldn’t necessarily say it’s the band’s fault themselves that this is who they attract, it’s a combination of things. First, a clever marketing scheme for their Black Parade, second, a highly accessible sound, and third impeccable musicianship. It was an easy bandwagon to jump on, so many did for better or worse. But I’ll get off my high horse for a minute to tell you just what incredible performers MCR is and what a power they brought to SLC last night.

To put things in perspective, the last time My Chemical Romance were in Salt Lake was 2007, when they played The E Center, which can seat up to 10,000 people when in full arena setting. Obviously, they weren’t playing a full arena setting (this was long before the days of the 360 tour), but they came mighty close to selling out the rock concert set-up of the venue, which seats roughly 5,000-6,000 people. So for this show to be held at Salt Lake’s meager In The Venue (capacity at 1,600), made it feel like a private gig. We’re talking about a band that sub-headlined Reading and Leeds main stage and sold out Madison Square Garden, for hell’s sakes.

The show sold out within two days of being put on sale and at last check, scalped tickets were going on ebay for 115 big ones. Needless to say, this was a show that was in high demand. And after openers Architects and Neon Trees (the worst thing to come out of Utah since Warren Jeffs), it was easy to see. From song number one to song number 19, My Chemical Romance brought it hard. It’s relieving to see a band that’s reached their level of success still rocking as hard as they did on day one.

From intro song “Na Na Na Na Na”, it was clear that lead singer Gerard Way had no intention of letting up. The entire night, the man stayed behind his mic, wandering around the stage, and dancing/screaming. Some people were born to front bands, and Way is absolutely one of them. It takes a special combination of confidence, talent, style, thirst for the limelight, and a pinch of flamboyance (think Freddy Mercury) to have a truly solid punk rock front man. And all the aforementioned are things that Gerard Way has been endowed with. He dazzled the crowd (which was the largest I’ve seen at In The Venue since The Strokes played back in ’06) for the entirety of their set. 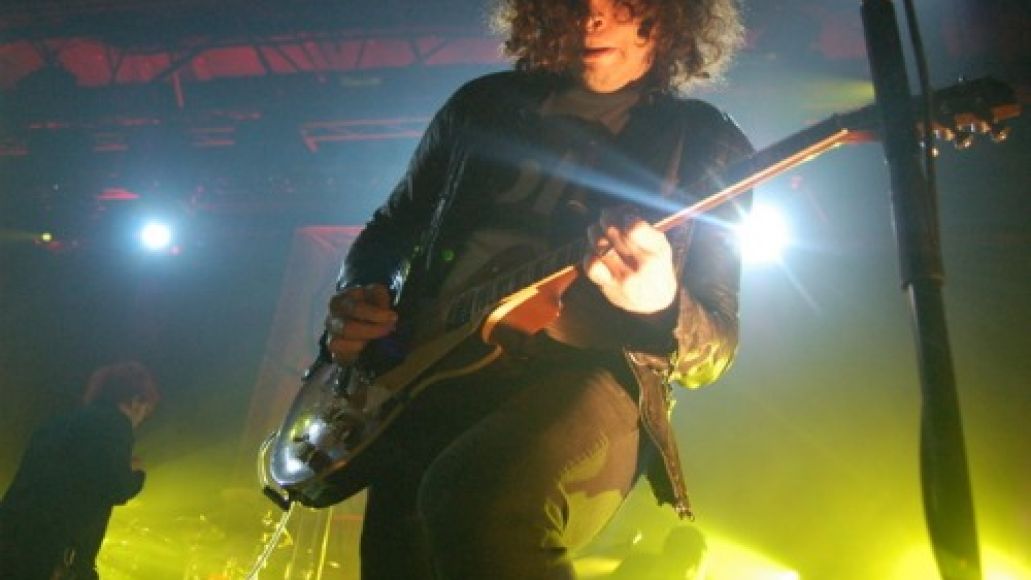 It didn’t hurt that the audience knew the words to every song (except for a select from their newest album Danger Days, which was more than just a slight deviation from the My Chemical Romance their adoring fans had fallen in love with during The Black Parade days), and shouted them at the top of their lungs every time Way held out the microphone to get some feedback from them. Devotion barely embodies how My Chemical Romance fans feel about their band. It’s a love that goes both ways apparently as Gerard mentioned at one point in the night: “You guys fuckin’ miss us? Good. We fuckin’ missed you too.”

I don’t care who you are, though, a fantastic frontman isn’t the only part of having a successful band. The backing band was there note for note (seriously one of the most polished live acts I’ve seen in a while), particularly MCR’s ace in the hole, shred-man Ray Toro. As Way led the massive choruses and hit his ridiculous high notes, Toro laid down the perfect background with his masterful guitar work. The man is simply a rock star. Not only did he completely embody the rocker aura, he soloed all up and down the venue, stealing some of the spotlight from MCR’s enigmatic frontman.

They stuck to their guns, mainly only playing half songs from the new album, mostly songs from The Black Parade and Three Cheers For Sweet Revenge. The roof almost caved in after the band closed the night with a potent version of “Cancer” and their incendiary “Helena”.

In summation, I return to the analogy. I left the venue feeling elated, like I had won a prize. But as I looked around me, I couldn’t help but wonder how I ended up here in the first place. I had very little in common with these strange, often smelly people other than a mutual love for MCR. My Chemical Romance emerged at such a time that they were boxed into the “emo” genre, but they are far from it. They are one of the U.S.’s most genuine punk-rock bands currently making music, and they proved it with flying colors in SLC last night.