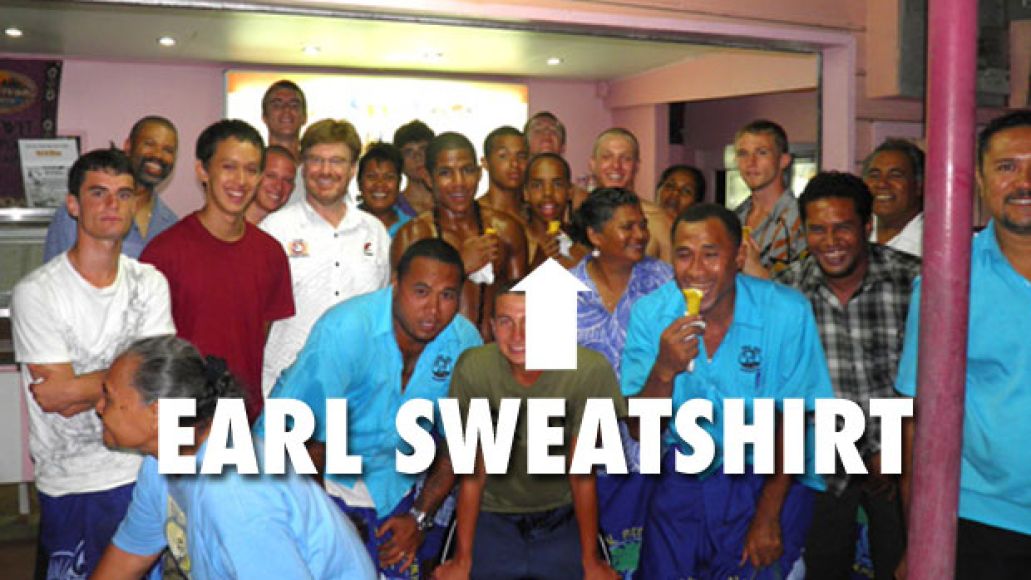 It helps that the kids in Odd Future are Ã¼ber-talented, but the mystery surrounding the whereabouts of the collective’s Earl Sweatshirt has no doubt aided in the hype. The 17-year-old MC, whose self-titled debut was released last year, has been missing since Odd Future began blowing up last fall. Now however, our cohorts at Complex have appeared to solve the mystery, which goes something like this: Earl’s mother sent him to Coral Reef Academy on the Pacific island of Samoa after hearing his “disrespectful” music. It is not known if Earl (whose real name is Thebe) is still attending the one-year program, but according to a school friend, the MC “will be right back in music when he gets out.” Head to Complex for the full story and to check out the evidence.