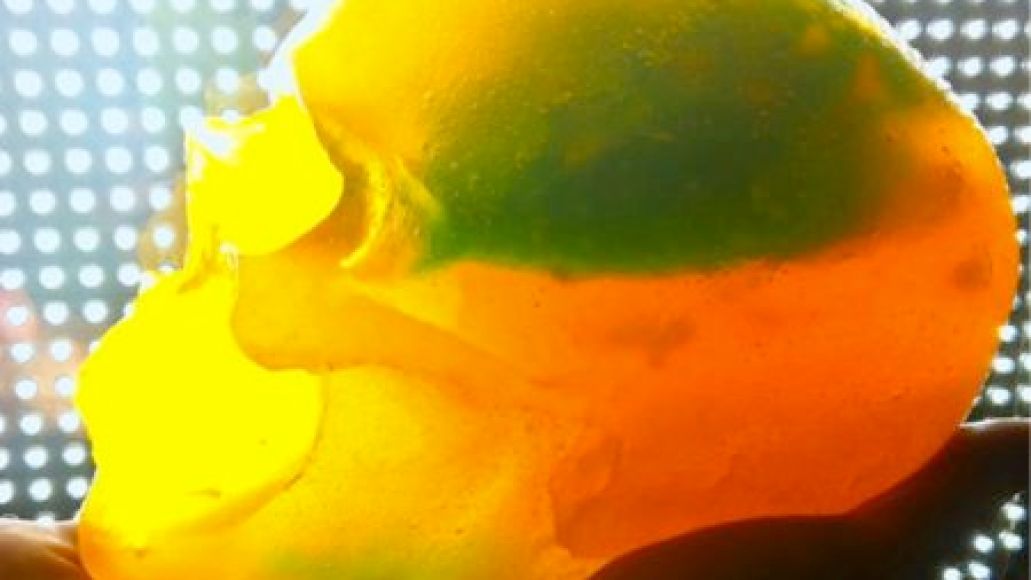 The Flaming Lips are enjoying the “freedom to fuck around,” which has already resulted in music playing iPhone apps, Neon Indian collabos, and a gummy skull that encases a USB drive featuring four new songs. But nothing prepared us for this (gummy fetus included): As Psych Explorations of the Future Heart points out, Wayne Coyne and Co. will produce another version of their gummy skull, one which will feature a live version of the band’s Soft Bulletin album. Oh, yeah, and it will also have a marijuana flavored brain.

In the video below, you can watch Coyne and cannabis connoisseur Jake debut the prototype. According to Jake’s refined palate, it does actually taste like marijuana. Then again, when you splice taste tests with constant bowl rips, it would be hard to argue anything doesn’t taste like marijuana.

There’s no word on how and when the new gummy skulls will be distributed, but fans can now purchase the original version (aka the ones without the marijuana flavored brain) via the band’s website. The skull is priced at $150 and a very limited quantity is said to be available.