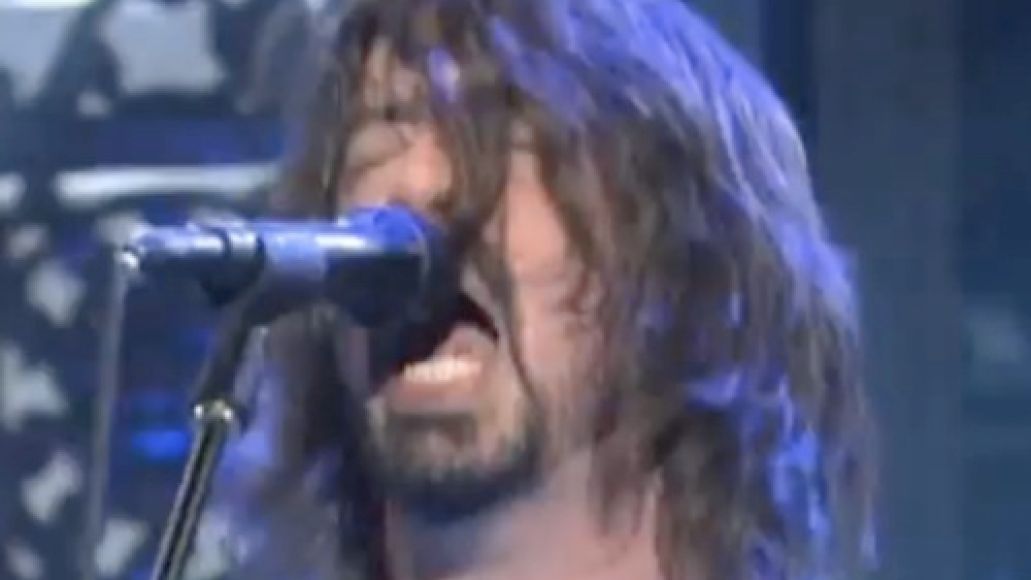 The internet is such a double-edged sword. Sure, global connectivity allows us to know everything instantly, but it also means nothing is ever a surprise. Take Foo Fighters, for example. Their eighth LP, Wasting Light, won’t be on sale until Tuesday, but already we’ve heard it in full, not to mention have watched it been performed live, and some of us have even made our final judgements. But let’s say you’re not one who keeps up with the blogs, you weren’t in California or Austin recently, and you didn’t shell out $25 for a one-off movie screening. Imagine then tuning into Saturday Night Live last night and catching Dave Grohl and co. turn the SNL stage into their own personal garage with blistering performances of “Rope” and “Walk”. Plus, there’s that whole renewed sense of kicking ass they’ve got going on which has them playing with the vigor and passion of a band making their first SNL appearance and not their sixth. Elated by what you’ve just seen, you make a point to buy the album on Tuesday — and thus save the music industry. Ok, so maybe that last part is a stretch, but for the sake of this post’s all-too-idealistic theme, which was partially influenced by alcohol at press time, let’s just pretend that the videos below aren’t the same thing we’ve seen for months, but instead something new, cool, and exciting. (You can get back to that Panda Bear steam in nine minutes.)

Also, Dave Grohl made a funny:

Hat tip to The Audio Perv for video support.