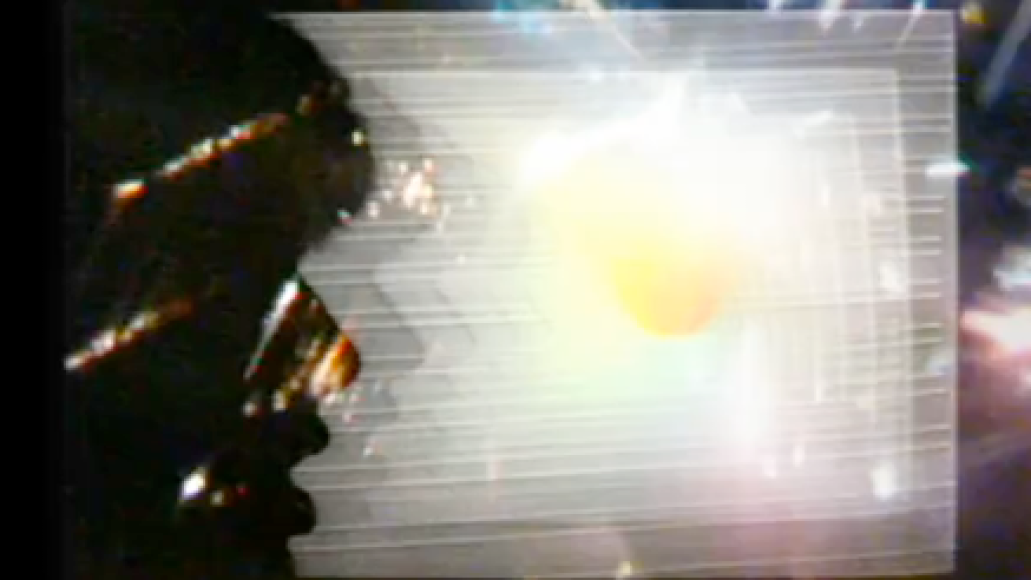 Upon first hearing Idiot Glee and seeing the video for “Let’s Get Down Together”, ideas of a 70’s band transported to the present are instinctual – just look at that track title. That’s without even reading the press release describing 23-year-old James Friley’s sound as being “emitted from a radio in the past, or coming over an unknown satellite frequency from the future.” Watch the world premiere of the video for yourself at Cluster 1, and get the feeling.

Friely aka Idiot Glee crafts surreal pop tunes under various looped croonings, weaving together a multi-layered sound somewhere between trippy and funky. Kaleidoscope imagery of Idiot Glee’s silhouette and exploding fireworks make up the majority of the video for “Let’s Get Down Together,” but the strange sights fit the sounds like they’re soundtracks for each other (which they essentially are).

Check out the clip over at Cluster 1. You can also hear Idiot Glee’s first single, “Don’t Go Out Tonight”, from his June 7th debut record Paddywhack at Prefix. A 7” vinyl with that song plus “Don’t Drink The Water” and a cover of Fleetwood Mac’s “That’s All For Everyone” is available to order now.

Watch: Idiot Glee - "Let's Get Down Together" (Cluster 1 Premiere)