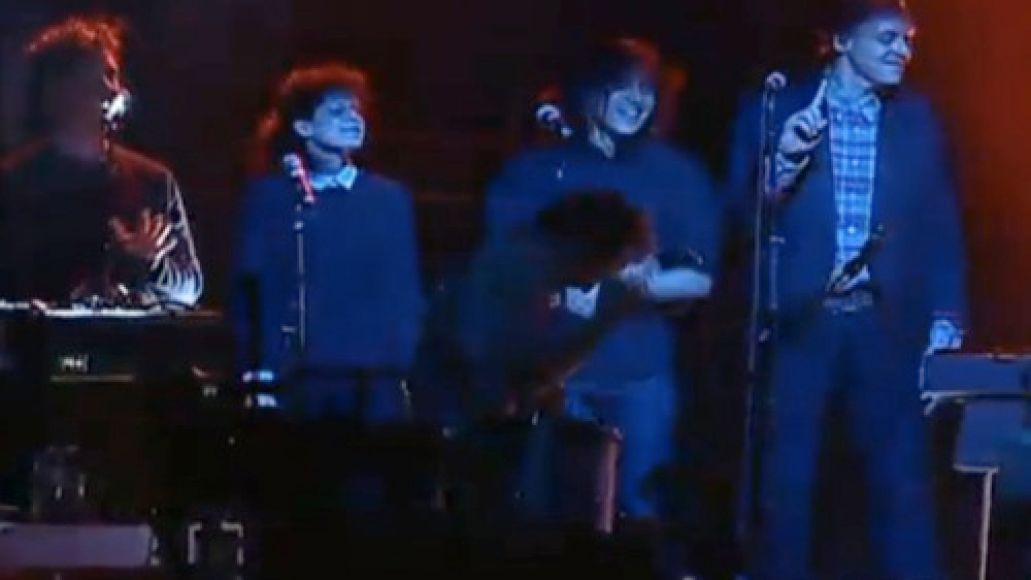 LCD Soundsystem‘s all-too-brief existence came to an epic conclusion Saturday night at Madison Square Garden with a 230-minute set that featured everything from rare b-sides to “Home” to Win Butler dancing. As our Jeremy Larson put it, “this concert should be documented as an exploration how one band compiled every good sound from every band that came before them and turned it into a four hour sound orgasm.” James Murphy should also be applauded for never taking off his tux.

Chances are you already witnessed the entire thing, whether in person at MSG or via live webcast, but let’s make this Googleable forever. What follows is a recap of the evening, both in video and words. Per ArcadeFireTube, video of the entire set is available for streaming below. Among the highlights: scroll to 1:12 to watch Reggie Watts soul out on “45:33”, 2:04 to see Arcade Fire awkwardly dance along to “North American Scum”, and 2:30 for the punk rock epicness that was “Movement”. And that’s just stuff from the first three sets… (the complete setlist is posted below).

Below the video is a transcription of our live blog, which was conducted by the aforementioned Jeremy Larson and featured over 150 readers chatting away throughout.

Someone great is gone (or at least until Coachella 2k17), but here are to the memories: