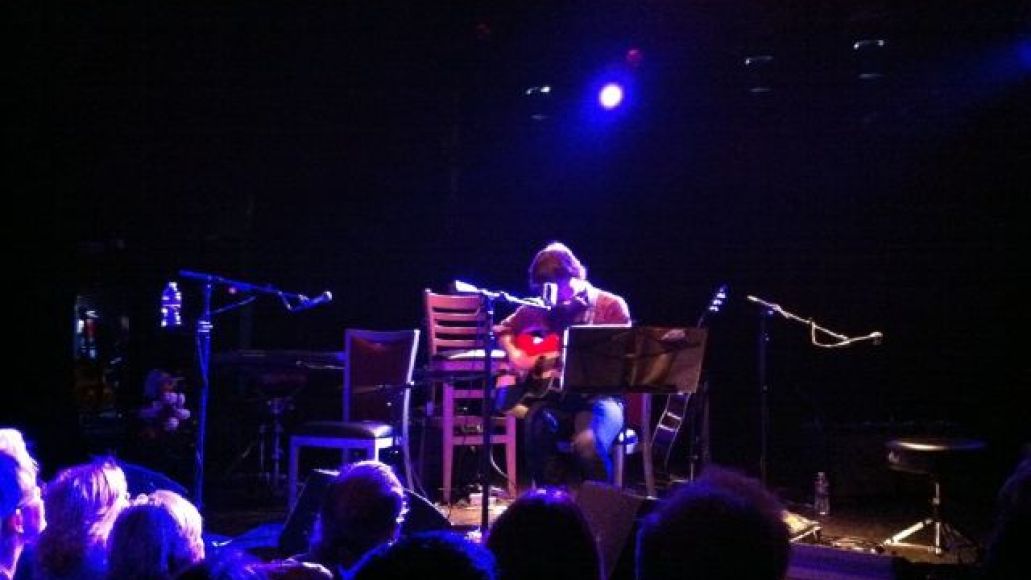 After taking some well-deserved time off to get married, launch a label, and review video games, Ryan Adams’ musical comeback is quickly picking up steam. Last summer, he released a death metal album, which he then followed up in the fall with the release of a double LP featuring 21 previously unreleased gems from the Cardinology era. Last week, he opened the vault once more, this time to include four rarities for a Record Store Day EP. And amidst all this, the acclaimed singer-songwriter found time to hit the studio with legendary producer Glyn Johns to begin work on his first new full length since 2008’s Cardinology.

Last night, Adams offered what could be a few early tastes of his new LP when he delivered a surprise opening performance for his longtime collaborator Emmylou Harris at the El Rey Theater in Los Angeles, California. Below, you can check out clips of four new songs, including a full length version of “Dirty Rain”, a song which we first heard in snippet form last fall. Adams also performed “Blue Hotel” and “Everybody Knows”, plus he joined Harris for a rendition of their duet on the classic track “Oh My Sweet Carolina”.