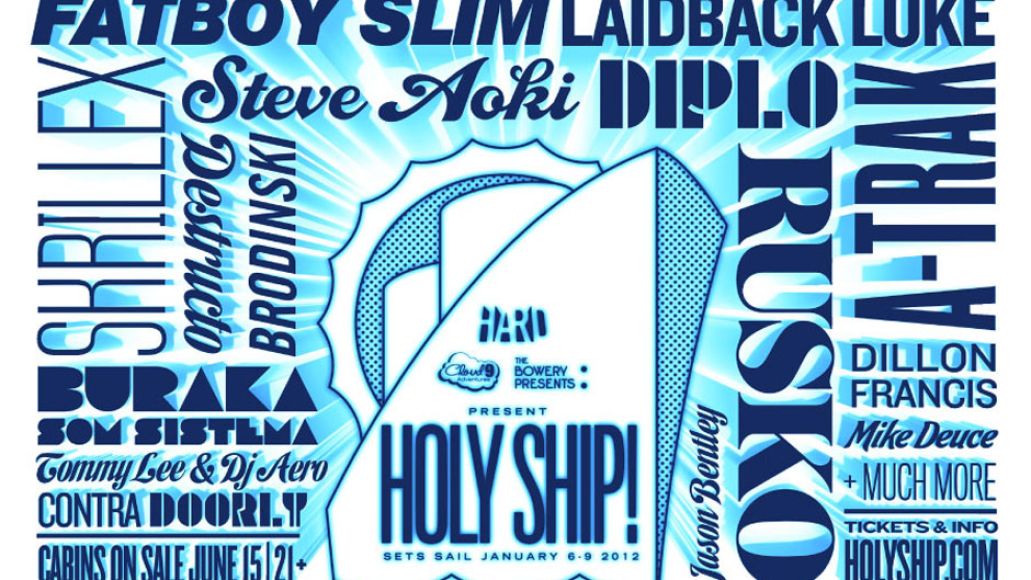 The jam band and indie genres already have their own multi-day musical voyages, and now the world of electronica does too. The inaugural and awesomely titled Holy Ship! cruise sets sail from Ft. Lauderdale, Florida on January 6th and will feature electro heavy hitters like Fatboy Slim, Diplo, Rusko, Skrillex, and A-Trak, along with the one and only Tommy Lee, who will be playing with DJ Aero.

The four-day cruise, which is being put on by HARD, will make stops in the Bahamas and an undisclosed private island, the latter of which will host a special Beach Boutique party featuring performances by Fatboy Slim and more. Other accommodations include access to a spa, pool, fitness center, and yoga, as well as Steve Aoki’s poker palace and a ping pong area which promises a match between Tommy Lee and Rusko.

Among the other acts set to perform are Buraka Som Sistema, Steve Aoki, Brodinski, Dillon Francis, Doorly, Jason Bentley, Destructo, Gina Turner, Contra, and Mike Deuce, with even more still to be confirmed.

The price of the cruise is dependent on the type of cabin, but a $250 initial deposit is required for all cruise-goers. Reservations begin June 15th; click here for complete booking information.