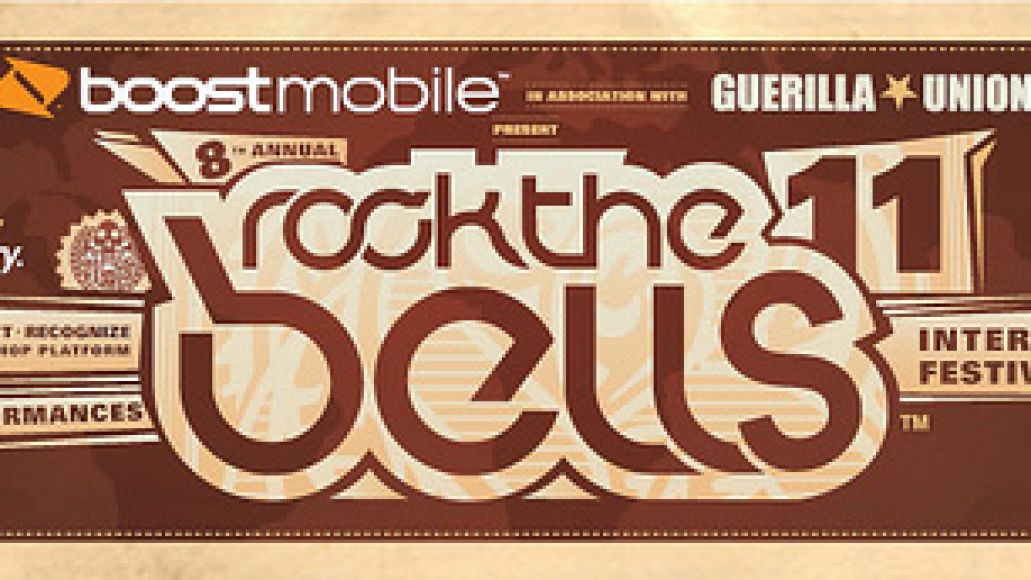 All four of the United States’ major musical festivals tapped a hip hop headliner in 2011, but there’s only one festival that truly embodies the spirit of the game: Rock the Bell. Once again, the annual hip hop festival series is bringing a who’s who of the rap world to venues on both coasts with a lineup topped by Miss Lauryn Hill, Cypress Hill, Nas, Black Star, and Raekwon & Ghostface.

As was the case last year, a number of the headlining acts will be performing albums in full, with both Hill and Nas confirmed to be performing their respective breakthrough debuts. Also, Cypress Hill will relive their 1993 multi-platinum album Black Sunday, Mos Def & Talib Kweli Are Black Star will tackle their 1998 self-titled debut album, and Raekwon & Ghostface will team up to play Only Built 4 Cuban Linx.

Other notable acts include Erykah Badu, Mobb Deep performing The Infamous, The GZA performing Liquid Swords, and Immortal Technique. A number of up and coming MCs are also on the bill, including Slaughterhouse, Mac Miller, Curren$y, Freddie Gibbs, and Macklemore.

While the full album sets are already in their second year at the festival, festival promoters will use 2011 to christen a brand new stage Along with the already-established Paid Dues Stage and Rock The Bells Stage, this year’s edition will feature the 36 Chambers Stage, which will feature four members of the rap group Wu-Tang Clan and Wu-esque acts as chosen by curator and Wu sensei/member RZA. Several of the festival’s stops will also feature the Grindtime Stage, which houses battle rap performances. Check out the entire lineup below.

This year’s festivities will feature four dates over the course of one month, kicking off in San Bernadino, CA on August 20th. After hitting San Francisco one week later, Rock the Bells will then head east for stops in New York City and Boston on September 3rd and 10th, respectively.

General on-sale for the festival goes down June 4th; get your tickets here. As always, stay tuned to our Festival Outlook page and the official Rock the Bells site for more info and updates as they’re announced.