Young souls clamoring for rock ‘n’ roll stardom dream of one thing: panache. Greasy hair, hand-me-down jean jackets, whatever shades were “in” 20 years ago, and near-anorexic complexions don’t cut it anymore. They’re expected. They’re so passé. But every now and then a few slip by with victory.

After an uninspiring set by New York’s latest AnCo knock-off, Yawn, the London UK outfit stumbled on stage at Chicago’s Lincoln Hall Tuesday night to test their instruments amidst a sold-out crowd. Vocalist and guitarist Daniel Blumberg, wearing his Canadian best yet appearing like a starved, recently escaped convict, stared into the huddled youth below. His eyes hollow, neck craned, fingers tangled, the gaunt English rocker tried out a few chords before issuing a whisper of a grin – ready, set, go. 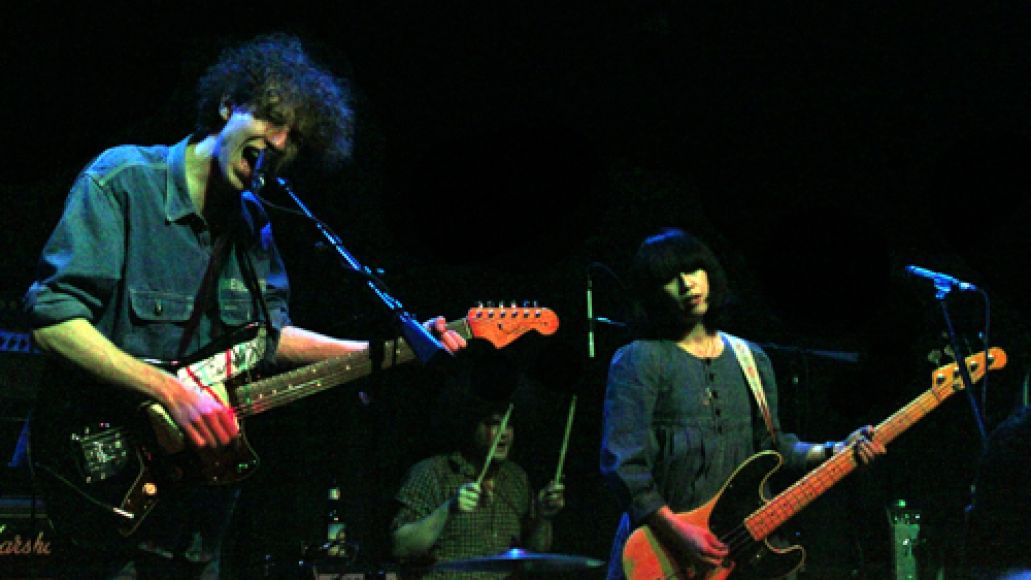 “Holing Out” pierced the shoebox of a room in all its gritty ’90s alt. rock glory. And although it squandered out a tad clumsily, that’s sort of the band’s charm. In fact, Blumberg could have finished the song with four broken strings and fans would have still called it “amazing.” It’s not like they’d notice anyway. There may be only four of them, but there’s just so much noise to get lost in. For scholars of Dinosaur, Jr., Sonic Youth, or (partially) Jesus and the Mary Chain, the four have certainly done their homework.

But that’s the problem. Similar to the post-punk shoegazers of yesteryear, Blumberg doesn’t really do much. He hooked his curly mess of hair on the mic and stayed there ’til the very end. The same applied for fellow denim enthusiasts like bassist Mariko Doi and other guitarist Max Bloom. The two shuffled around some, but, well, that’s it. And despite his bubbly demeanor (okay, it’s the unmistakeable afro), drummer Jonny Rogoff remained rather elusive behind his kit, where he silently swigged some beer between numbers. Shame. 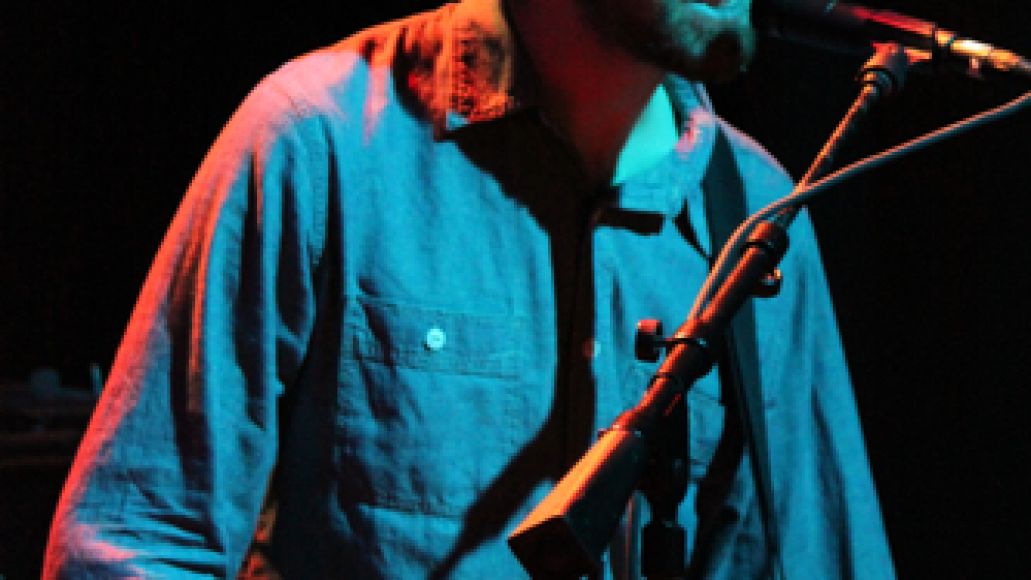 This sort of apathetic style worked wonders on the group’s melancholic charmers (“Shook Down”) or occasional dalliances in vintage-psychedlia (“Suicide Policeman”), but when Bloom fiddled about on the upper neck of his guitar fret, noodling out house party riffs and echoes of fragmented chords, as he does on burners like “Georgia” or “The Wall”, it would have been nice to see less J Mascis and more Thurston Moore (circa Goo era).

But there’s something going on right now for Yuck. Blame it on nostalgia or lack of solid garage rock at the moment, but this UK export’s working out some powerful kinks. They wear their influences too candidly, but that’s okay…for now. At the moment, it’s all fun and games; sort of like when you rediscover an old NES cartridge in a thrift store, whereby you race home and try it out on your dusty, old system (that’s been sitting in your closet next to your Star Wars figures). It’s a new discovery on an old medium. But, where do you go from there? That’s a question Blumberg and his English trio should be asking themselves. For now, we’ll also continue to enjoy this temporary panache. It’s just too charming.