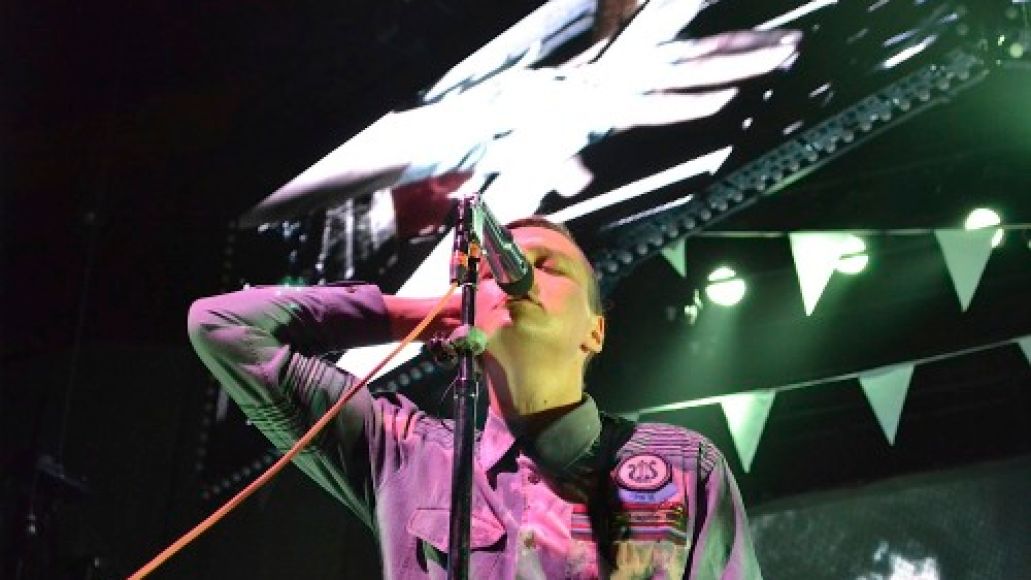 Win Butler’s Arcade Fire continue to turn heads, even nearly a year after they unearthed their Grammy-winning third album, The Suburbs. This time, they’re dazzling fans with videos from their recent visit at WBEZ’s Sound Opinions here in Chicago. If you recall, back in April, the Canadian import held a three-night residency at the UIC Pavillion. (We were there!) Sometime over that weekend, the band found time to rework two of their Suburbs tracks: “We Used to Wait” and the ever popular “Sprawl II”.

Although more or less an “unplugged”-esque performance, the two songs do feel more intimate. The fantastic charge of “We Used to Wait” still remains, but it’s a little more personalized. Butler’s voice sounds less anthemic and more like that of a nighttime whisper. The strings also take center stage, accenting every lyric, which actually keeps it driving. Seeing Régine Chassagne behind a grand piano is already a reason to revisit “Sprawl II”. So, what are you waiting for?

“We Used to Wait”