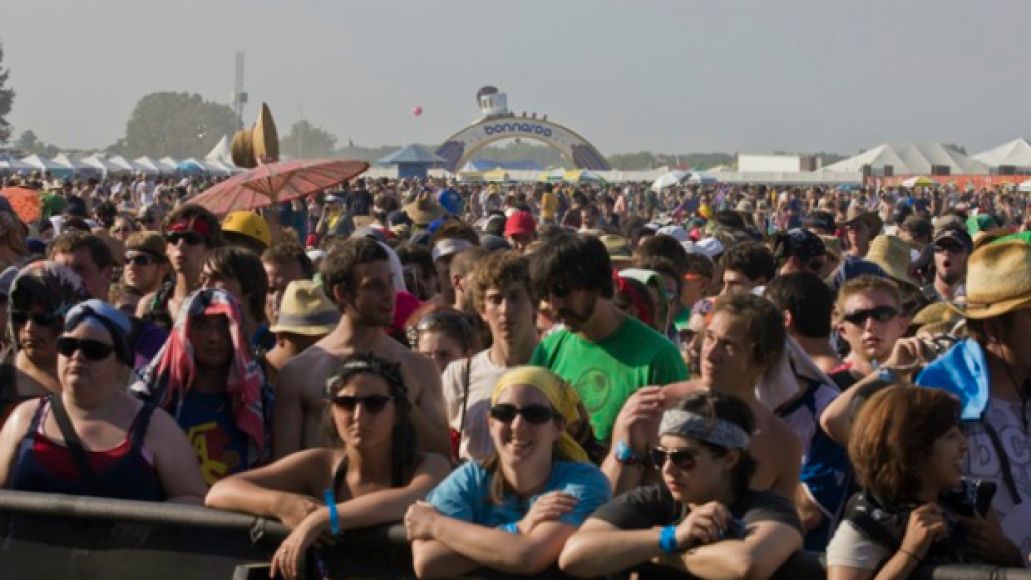 Even though that cocktail of grilled cheese, vodka, and dust has yet to fully digest, it’s already time to open up your Google calendar and mark off the weekend of June 7-10, 2012. As announced today, just some 72 hours after the 2011 festivities concluded, Bonnaroo’s 2012 installment will take place during the second weekend of the sixth month of the final year of your life. Better yet, the festival has also announced an early-bird pre-sale: a limited number of specially priced general admission tickets for $209.50 plus service fees and a limited number of VIP tickets at $1,349.50 per pair plus service fees will be put on sale this coming Friday, June 17th at 12pm EDT.

Oh, and since now seems like an appropriate time, have you peeped our 2011 coverage yet?