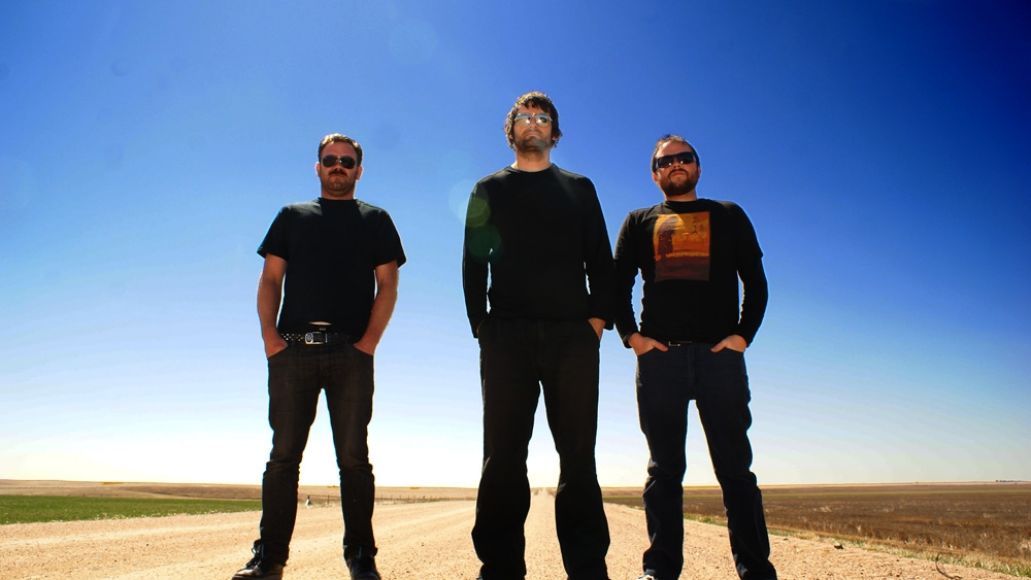 Sadly, the devil horn hand gesture has of late fallen out of vogue. It may have run its course, but perhaps we just don’t have the proper impetus with which to tuck our middle and and ring fingers underneath our thumbs. Kerretta, the instrumental three-piece of New Zealand, is causing such a resurgence of Black Album-era head bangs.

After a couple years of sharing stages with Explosions in the Sky and …Trail of Dead in addition to releasing their debut LP Vilayer, Kerretta is gearing up for their followup album Saansilo, due out September 20th. “A Ways To Uprise” kicks off the album with a sludgy trudge through the trenches of something like The Melvins or the sharper edge of post rock. Grab the track below and see what shape your hands start to form.

“A Ways To Uprise”

Check Out: Kerretta - "A Ways To Uprise" (CoS Premiere)