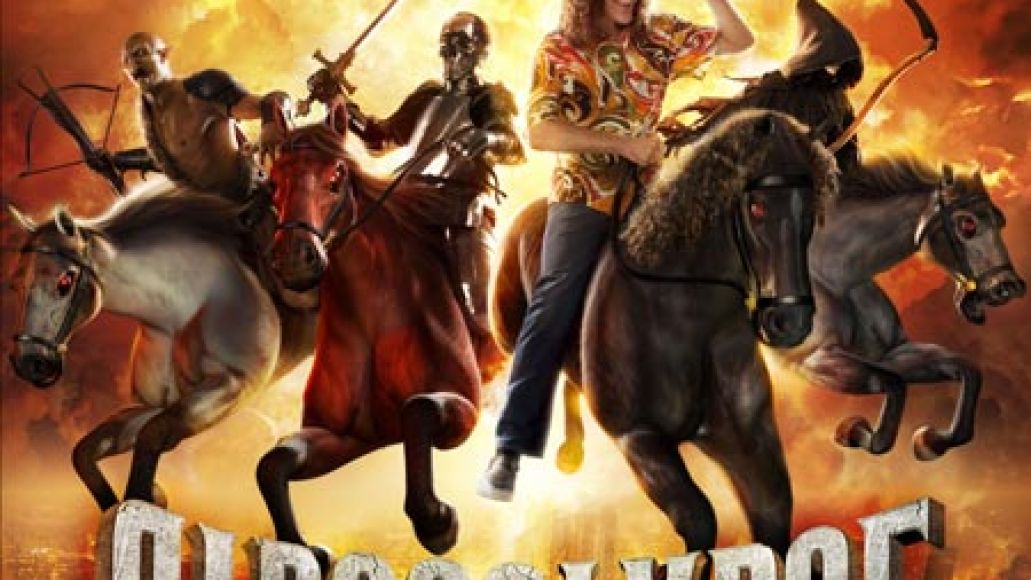 Every few years, “Weird Al” Yanokvic graces us with another of his parody-laden albums, tweaking songs we’ve all become familiar with over the radio into things only his goofy little mind could come up with. And each one of those records he puts out contains a polka medley that tosses together a collection of big, random tracks from recent memory.

With Alpocalypse dropping June 21st, we get a new polka medley in “Polka Face”, this one also apparently inspired in-part by the Muse that is Lady Gaga. Though he’s been perfecting it live for a few months, thanks to Stereogum, you can check out the album version below, along with a breakdown of each included song. Behold, the power of a mighty polka.

“Polka Face” Song List:
(“Liechtensteiner Polka” by Will Glahé)
“Poker Face” by Lady Gaga
“Womanizer” by Britney Spears
“Right Round” by Flo Rida
“Day ‘n’ Nite” by Kid Cudi
“Need You Now” by Lady Antebellum
“Baby” by Justin Bieber
“So What” by Pink
“I Kissed A Girl” by Katy Perry
“Fireflies” by Owl City
“Blame It” by Jamie Foxx
“Replay” by Iyaz
“Down” by Jay Sean
“Break Your Heart” by Taio Cruz
(“The Tick Tock Polka” by Frankie Yankovic)
“Tik Tok” by Ke$ha
(“Poker Face (Reprise)” by Lady Gaga)
(“Whatever’s Left Over Polka” by “Weird Al” Yankovic)