On May 27th, Goldenvoice announced they would be making their Coachella 2012 announcement on the following Tuesday at 10 a.m.. They thanked the fans for many years of their wonderful support and told them to have a nice weekend. For many Coachellites (Coachellons? Coachellans?), the weekend that followed consisted of lots and lots of speculating – an announcement about an announcement is not something you expect from Goldenvoice, and it caught many off-guard. What could it be? We knew they would announce the dates, but for Goldenvoice to go out of their way to announce it, there had to be more to it than that. Some speculated that they would bring back the layaway payment plan, some speculated that they would add a 4th day. Others were worried that the announcement would be something no one would like – such as, moving the fest to a different location or an entirely new ticketing process. Or maybe it was Coachella East. The theories seemed endless.

In the end, no one could have predicted what the announcement really was. Yes, some were right in that the payment plan has been restored and the tickets would go on sale very soon – but the big surprise was that Coachella 2012 would be a two-weekend event – with identical lineups. The overwhelming initial reaction was… “wait, what?!” This came completely out of left field, and the majority of the knee-jerk reactions on the Coachella message board were negative. Some were more overdramatic than others – some proclaiming that Coachella was dead to them – and some complained that all Goldenvoice cares about is the money, but the most prevalent (and understandable) complaint was that Coachella simply wouldn’t be as special anymore.

They certainly have a point. Festivals are supposed to be a once-in-a-lifetime thing, even if you go back to the same one every year. With each new edition comes it’s own exclusive lineup, filled with different gems each year and makes for a unique experience every time. And while having (nearly) identical lineups is not new for festivals – as Reading and Leeds do it every year – they at least take place in different locales, which makes for a different experience for each. Having a two weekend festival is also nothing new – New Orleans Jazz & Heritage Fest has been doing it for years – but they’ve always had different lineups for the different weekends. Having two back-to-back weekends with identical lineups is something entirely new. In the grand scheme of things it may seem trivial – but now, when asked “remember that time (insert Coachella 2012 headliner here) played Coachella?”, the response after this year will have to be: “Wait, which weekend?” Whether we like it or not, exclusivity is a big part of the allure of festivals like Coachella, and they’re effectively killing that draw off in the eyes of some. 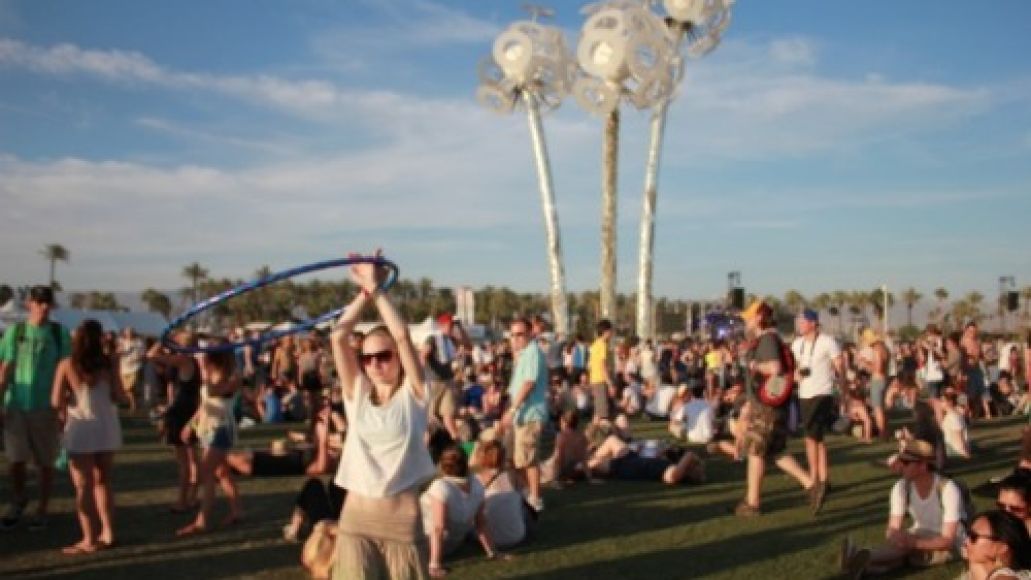 On the other hand – we have Coachella founder and producer Paul Tollett’s official explaination. According to him, this came about because of simple supply and demand: “We had too many people who wanted to go [in 2011],” Tollett told Billboard.biz. “We feel that [in 2012] there will be even more that want to go, so we’re trying to create more room for them. The options would be to sell more tickets on one weekend or have two weekends, and [the latter] is the option we went with.” When you look at it objectively – it makes sense. Last year sold out quick, and many were left out to try or driven to buy ridiculously overpriced tickets on the secondary market, with no guarantee that they were legit. Some people who paid over face value were turned away, and Tollett took that personally – which led to the decision to hold two weekends. “It was hard watching people be upset that they couldn’t go last year because tickets were going for $500-$600 [on the secondary market] and that’s just not right.”

It’s certainly commendable for Tollett to go to such extraordinary lengths to make sure that everyone who wants to experience Coachella can do so. It’s somewhat unreasonable to think that you can please and accommodate everyone, but at least he’s trying. Some might call it a cash grab, but I think his heart is in the right place. “The thing is, I’m okay if it doesn’t sell out,” said Tollett. “My favorite thing would be that if it doesn’t sell out but gets close, then I would feel that everyone had a chance to go to the show.” And if he had his heart set on expanding the fest in number of tickets sold – having two weekends is probably preferable to the other option. “I didn’t want to ruin the show by putting 40,000 more people in per day,” said Tollett. “We’ve got more land, we could’ve gone that route, but we didn’t want to do that. We found something else that works out. I’m believing in it.” 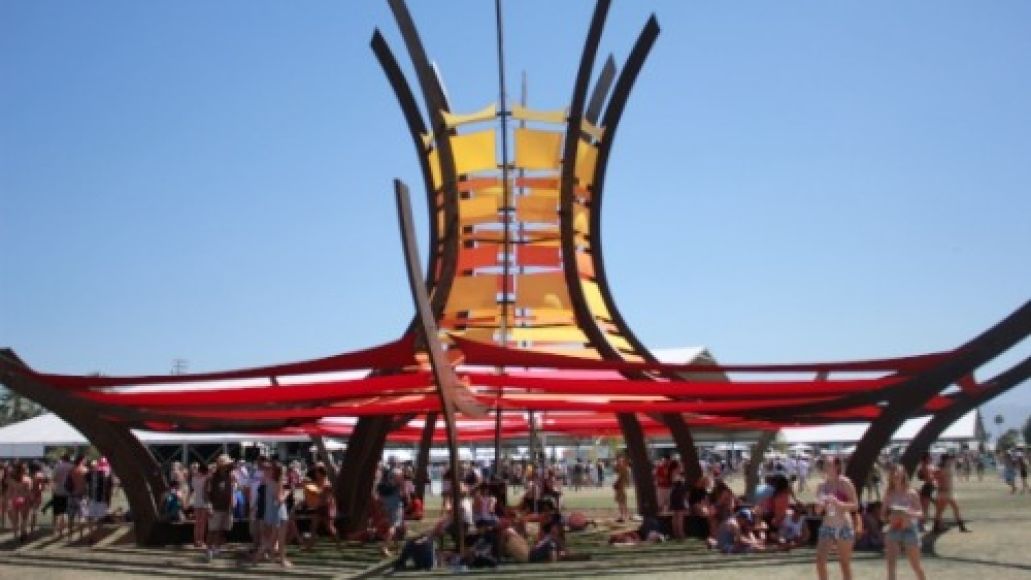 Tollett has shown that he obviously cares about the fans – but what about the bands? For some, hanging around the Los Angeles area for a week is no big deal. For smaller bands that need to keep playing shows to get by, this could be a difficult task. They could just take the week in between to tour the areas around Indio, but then there’s the tricky subject of radius clauses. They can’t stray too far away, but they can’t play too close, either. Paying bands to stay for two weekends will be enticing for some, but a deal-breaker for others. There will inevitably be some bands that would otherwise say yes to Coachella that might have to say no this time around due to their tight schedules. Then Goldenvoice will have to make the tough decision of having different lineups to fit a special band that they really want on one weekend or just not having them at all. Then it runs the risk of turning into a Pokemon Red/Blue situation – 95% of the two lineups could be the same, but that little %5 can make a big difference for some. But Goldenvoice know what they’re doing. With how well they’ve handled 10+ years of Coachella, one assumes they’ll figure out something that works out for both themselves and the talent they bring in that will ensure they will once again have a top-notch lineup.

Everyone has their own opinion on the matter, and they’ll probably remain divided until April comes and goes. Is this the way of the future for festivals? We have no idea – but we’re all interested to see how they pull it off.

Tell us your opinions on Goldenvoice staging two weekends of Coachella in the comments.