Twin Cities Pride Weekend is a hard act to follow. After two days of block parties, parades, and performances by local bands, many Minneapolitans turn off Lady Gaga and remove their rainbow face paint by eight o’clock on Sunday night. Louisiana band Givers knew none of this when they rolled in with openers Pepper Rabbit and 1,2,3 to play a set at the 7th Street Entry last night. And sure enough, the audience started out sparser than a usual Sunday night at First Avenue’s more intimate side venue. By the time Givers took the stage, however, people heard enough raves about the band’s live shows to bring themselves out for one last night on the town. After seeing them play the Filter/Dickies showcase at SXSW this past March, I knew they would be worth another tired Monday morning.

Pittsburgh trio 1,2,3 opened with Funeral-like walls of synthesizers that filled the room with sound and energy, if not necessarily concertgoers. Their emphatic set was short but sweet. Vocalist and guitarist Nic Snyder’s scratchy, almost nasally voice that easily shot up into a falsetto on “Going Away Party”’s slinky chorus. Most of their songs hew loosely to funk and blues arrangements, with occasional forays into ‘60s pop (the chorus of “Confetti” sounded an awful lot like “Across the Universe”) and classic rock guitar riffs. 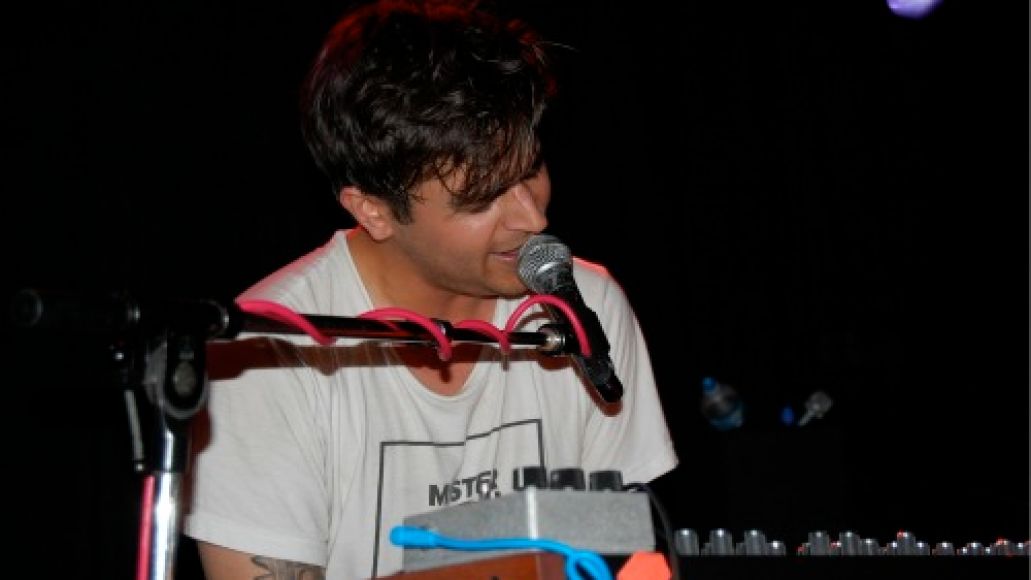 Pepper Rabbit took the stage next. Even though they didn’t have a sound check—which according to drummer Luc Laurent happens often—their sound effects, including looping and heavy reverb, were perfectly timed and executed. Except for vocalist Xander Singh’s occasional sheepish grimaces, I couldn’t tell when something fell flat. Pepper Rabbit’s third touring member animated the quiet dreaminess of songs like “Red Wine” and “Older Brother”; and new material from their upcoming album Red Velvet Snow Ball, which constituted about half their set, sounded more synthetically daring and upbeat. 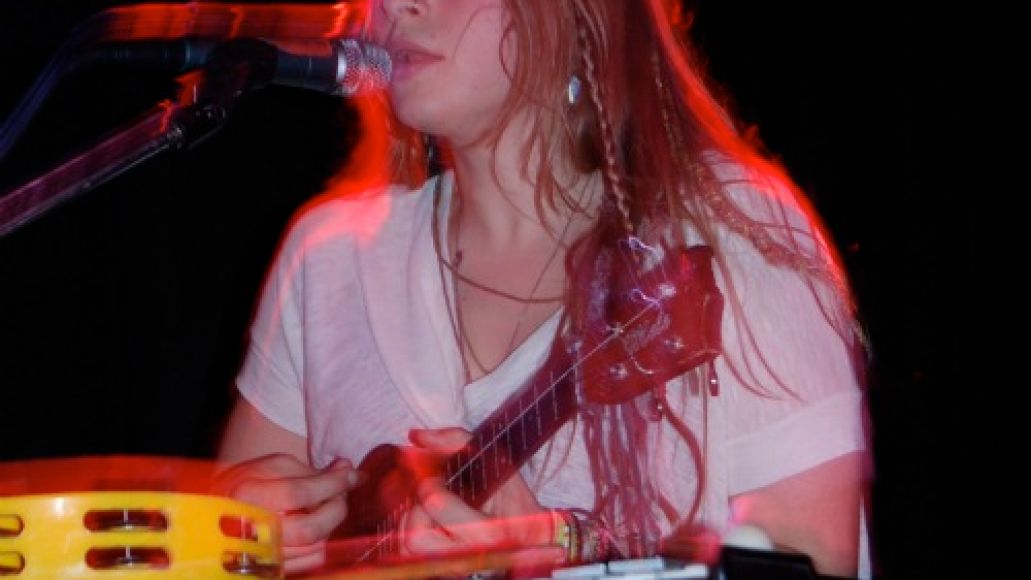 Before Givers took the stage, I interviewed them in First Avenue’s empty Mainroom. They were so thrilled to be there (to be honest, I felt pretty cool myself hanging out at a shockingly empty, clean First Ave) that vocalist Tiffany Lamson busted into an impromptu rendition of “Purple Rain”. With three days left on their tour, Givers were looking forward to going home, where they plan to “detox the road, hotel, bar vibe” and “be in a house with a backyard.” Givers are a band meant to perform outside. The exuberance with which Lamson smashes the drums and Guarisco shreds his guitar sounds and feels more organic exposed to the air. That’s what the band is going for on their new album, at least. Though they remained vague on the planning and details, they did say, “Nature is a really big part of it.”

An indoor setting didn’t stop the band from playing terrifically. Givers’ easy, witty banter during the interview was reflected in how each member played off the other during the show and how each song off of In Light unfolded in front of the audience. As Guarisco said, “You’re aware of everyone around you and you listen to where every beat is and you become a unit. When you do think about yourself, you think, ‘How am I a part of this whole thing?’ And the songs have lives of their own, just like you can’t really tell your kids what to do.”

In one of his frequent extended metaphors, Guarisco compared the difference between performing live and recording an album to “the same dish cooked a different way. It’s not marinated over time. Like pan-seared, in-your-face, more gamey.” Givers’ closing song, a cover of Talking Heads’ “Girlfriend Is Better”, was nothing if not pan-seared. Keyboardist Nick Stephans’ tenor sax incinerated the room, stealing the song and nearly stealing the show. It was a structured departure from Givers’ usual sound and made me excited to see how they’ll develop as a band on their future album. Who knows? Maybe next time they’ll cover all of Stop Making Sense.