The job of a music weblog takes many forms: fair and unbiased critiques of albums in all genres, prompt news feeds that deliver the latest info to your web browser, relatable commentary on anything involving the entertainment industry as a whole, a biting wit, and a knack for concert/festival storytelling. Truth be told, that last one there is a head-scratcher. Do we offer a strictly play-by-play article or a provocative piece readers can live through vicariously? Decisions, ones made all the more challenging when considering the show I just witnessed.

On a professional aside, I’d like to first point out that this was not the right venue for either act onstage. The Memorial Auditorium–an annex of the Progress Energy Center for the Performing Arts–is best suited to off-Broadway show tours; unlike Asheville’s more acoustically sound Thomas Wolfe Auditorium, modern formality precedes the eccentric function of surrealist rock outfits and their audiences letting themselves go completely. As a matter of this writer’s opinion, bands like Primus deserve epic echoes, wide-open general floor space, the works (take circus-esque Flaming Lips shows, as an example). Failing that, let us begin at the beginning. 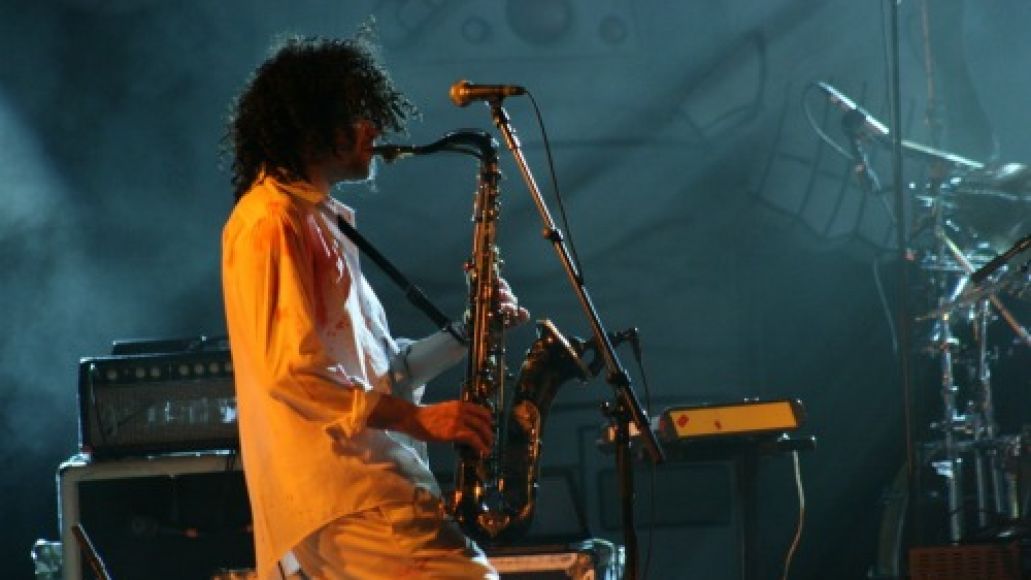 The Dead Kenny G’s opened our evening posed as three men in bloodied white suits, wearing wigs reminiscent of “Weird Al” Yankovic. As far as attention getters go, this trio of saxophonists and percussionists grabbed hold of everyone’s eyes and ears during a 45-minute romp through “Black Goldman Sax”, improvisational marimba jams, and — fittingly enough — a cover of the Dead Kennedys staple,”Kill The Poor”, in addition to other chaotic numbers.

Jazz fusion meets punk rock, acknowledging how King Crimson might have inspired more than a Kanye West tune and lackluster Guitar Hero 5 finishes come the early ’10s. Whether you were blown away by Mike Dillon’s extraordinary drumming, or simply taken aback by a future Halloween costume idea, The Dead Kenny G’s facilitate and celebrate dissent against “big oil” via brash brass accompaniment and jazz jams aplenty. We highly recommend you all go out and discover this group for yourselves — Bewildered Herd and Operation: Long Leash can be found at iTunes for under $10 each. 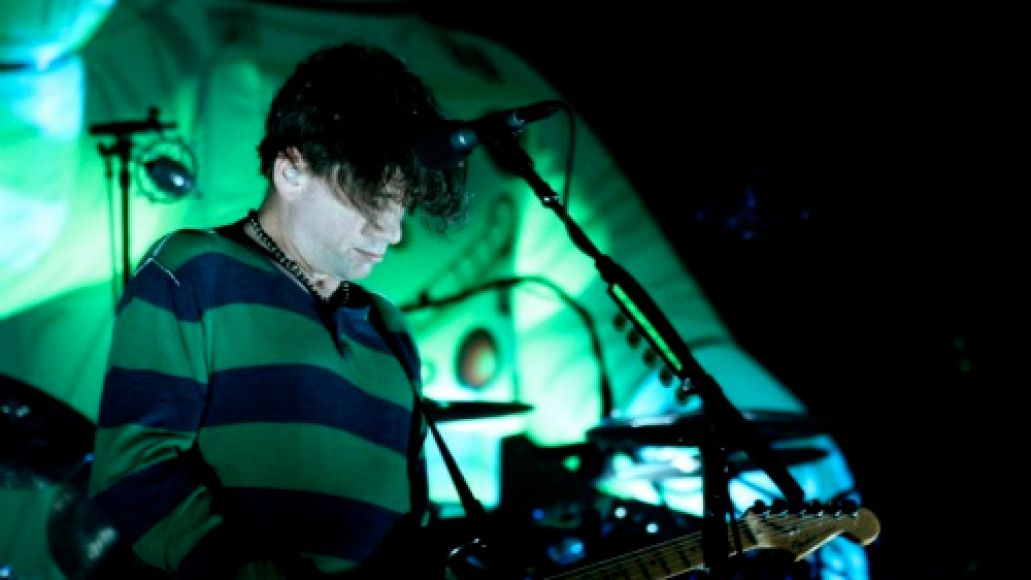 Despite such a distinguished auditory kick-off, there’s a reason folks flocked in carrying Sailing The Seas Of Cheese on autographed vinyl — Primus has finally and officially reunited to push a new record (Animals Should Not Try To Act Like People, notwithstanding), to push the boundaries of electric bass psychedelia, to essentially bring you on a time warp.

Promoting the tentatively-titled 2011 recording, Green Naugahyde, Primus has embarked on a tour to invigorate its ridiculously patient fan base: a voracious horde whose last taste of new studio LPs came via 1999’s twisted collaborative effort, Antipop. What the crowd received was, by all accounts, some dark Wonka boat ride through sound that no one’s felt since Pork Soda and Tales From The Punchbowl. Not overlooking a fourth installment to the lauded Fisherman’s Chronicles (“The Last Salmon Man”), we’re graced with presences of “New Isley” and “Jilly’s On Smack”, a definitive and brooding Pork Soda archive (“Bob”), and the encore closer, Tales‘ “Southbound Pachyderm”. Starting on a Frizzle Fry cut (“Harold On The Rocks”), plus Brown Album track “Fisticuffs” for good random measure, the general tone was a hybridization of “Mr. Krinkle” mood, and wondering how close to the 1990 Primus sound Green Naugahyde is purported to be. 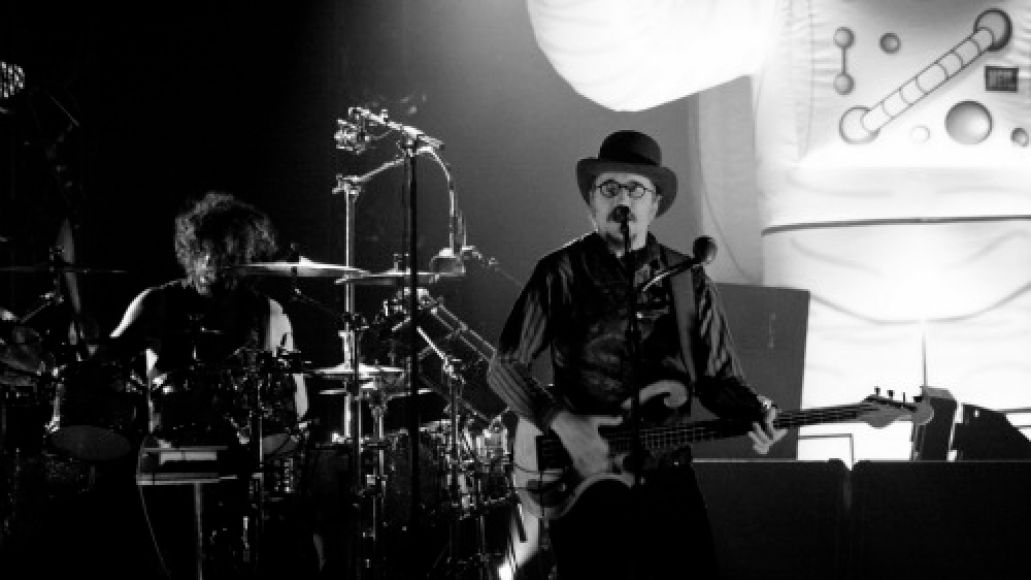 Between Claypool donning a monkey mask, LaLonde looking like a cross between Cobain and that Steve guy from Blue’s Clues, and two inflatable astronauts serving as both projector screens and a throwback to ’90s MTV Movie Award broadcasts, one half-expected a Joe’s Apartment roach swarm to mysteriously appear and incite a riotous mob scene. Toward the end, a tacking on of “Jerry Was A Race Car Driver” cemented the idea that this show was a veritable mish-mash of brand new material to quench the thirst for a pending new release, and the courtesy nostalgia we felt deserving of — all, 12 years in the making.

With a moderately abrupt final tip of the hat from Claypool to the masses, I personally leave you on my resounding, succinct closing statement: “Suck on this.”