Ever since Daft Punk upped the ante so unreasonably high with their eye-popping robot helmet + pyramid live getup, nearly every touring act in the electronic music world seems to have felt the need to either attempt to top that or strip things down to just equipment and a couple of flickering lights. Simon Posford — the face and mind behind psychedelic trance pioneers Shpongle — and his dazzling contraption of a brainchild, the Shpongletron, falls deep into the former category. The Shpongletron Experince, a worldwide tour with a handful of high-profile festival stops, certainly got a lot of mileage this spring/summer; and with good reason: music this exciting, this lucid, has to be experienced to be believed.

By the time I got out of the surprisingly long line and into the Wiltern, Bay Area DJ Random Rab had already set up shop and was spinning a chilled-out selection of intricate, downtempo soundscapes. Missing his performance at this year’s Lightning in a Bottle festival was my biggest regret of the weekend but his hour-long set at the Wiltern more than made up for it. Outdoing both EOTO and Shpongle would’ve been been a challenge but Random Rab did that and some more by the end of his set, with winning, warm textures that easily made for the best part of the evening. 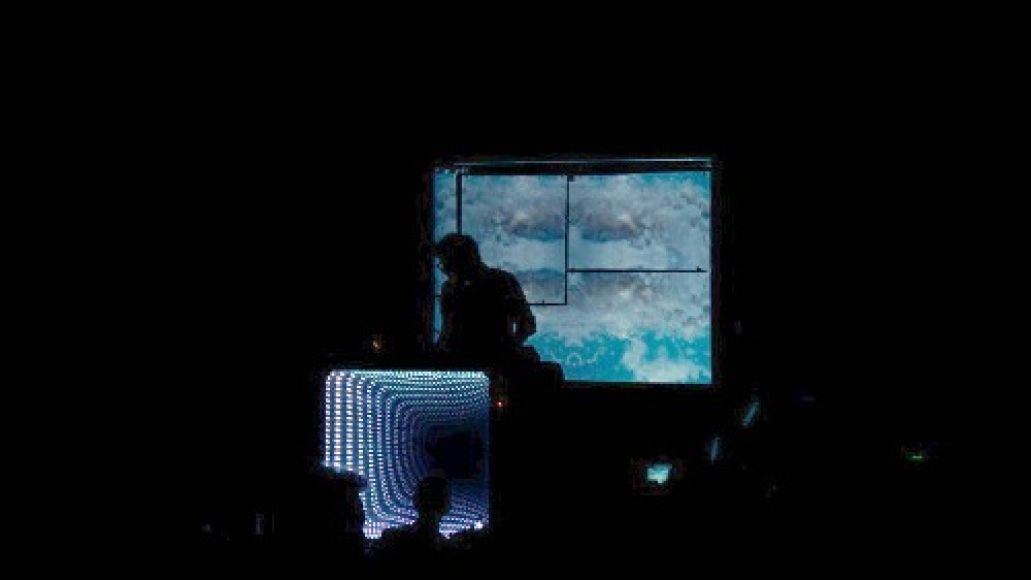 Having heard plenty of good things about EOTO and their fully improvised live set, I’d anticipated quite a bit from their performance. Given my perhaps unreasonably high expectations and the very nature of a live, fully improvised electronic show though, the slight letdown that their set proved to be makes a bit of sense. While a disorienting array of aliens, astronauts and robots fought for the audience’s attention on a screen behind them, the duo started their night off with high-energy dance rhythms, jamming in a variety of styles and breaking occasionally with blasts of wobbly dubstep that never failed to send the crowd into a frenzy. Even so, their set meandered much more than an EDM act should, spending the majority of its overlong hour-long-plus duration tripping the audience out with the usual sort of hallucinatory phasers and reverb used in full effect. 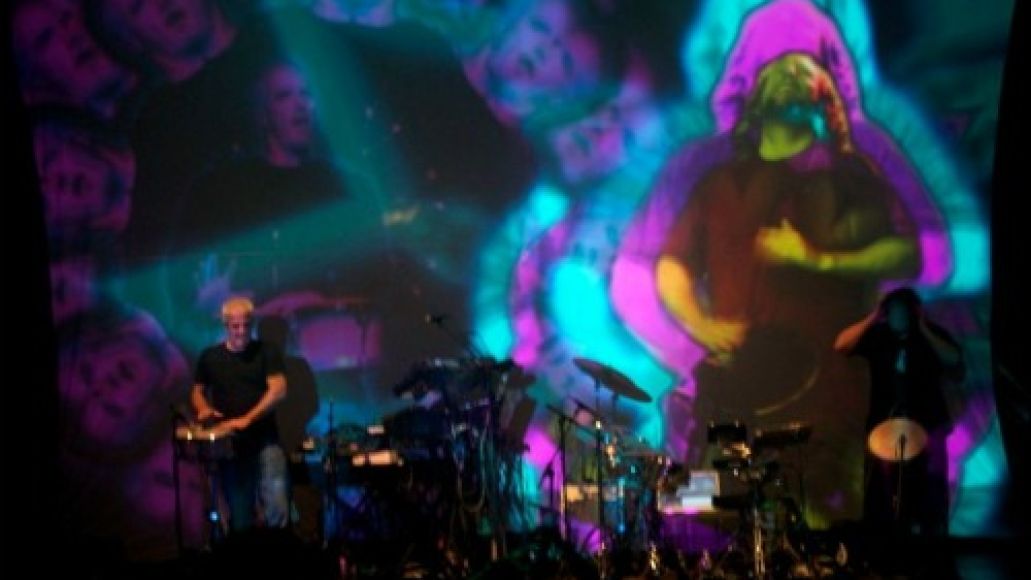 Simon Posford finally took his place atop the Shpongletron sometime around midnight and wasted little time in starting things off with what sounded like “Divine Moments Of Truth” off of Shpongle’s first LP, Are You Shpongled? As the night progressed, it grew more difficult to determine which track was what, as Posford doctored all of the tracks with added bass (presumably to accommodate dubstep/bass music’s fast-rising stock with audiences the world over) and sped-up tempos that too often unfurled the meditative power and robbed several of his best tracks of their effectiveness. At their best, the noted experimentalists far outstrip their psytrance fellows with a heavy reliance on organic instrumentation (as opposed to, say, Infected Mushroom’s repetitive synth/drum) and an inimitable style that blurs the lines between Eastern disciplines of music and mysticism and Western electronic music and production levels. Their 2005 record Nothing Lasts… But Nothing Is Lost is a bona-fide masterpiece and one of the finest psychedelic albums of the past decade, and the ensemble seem to have lost themselves in the shadow of its expansiveness (as is audible on 2009’s over-prismatic Ineffable Mysteries and this year’s unnecessarily protracted The God Particle). Omitting several of the album’s best tracks didn’t exactly help Posford’s case, especially in the case of “When Shall I Be Free?/the Stamen of the Shamen”, as fitting a cathartic, party-down set-closer as imaginable. 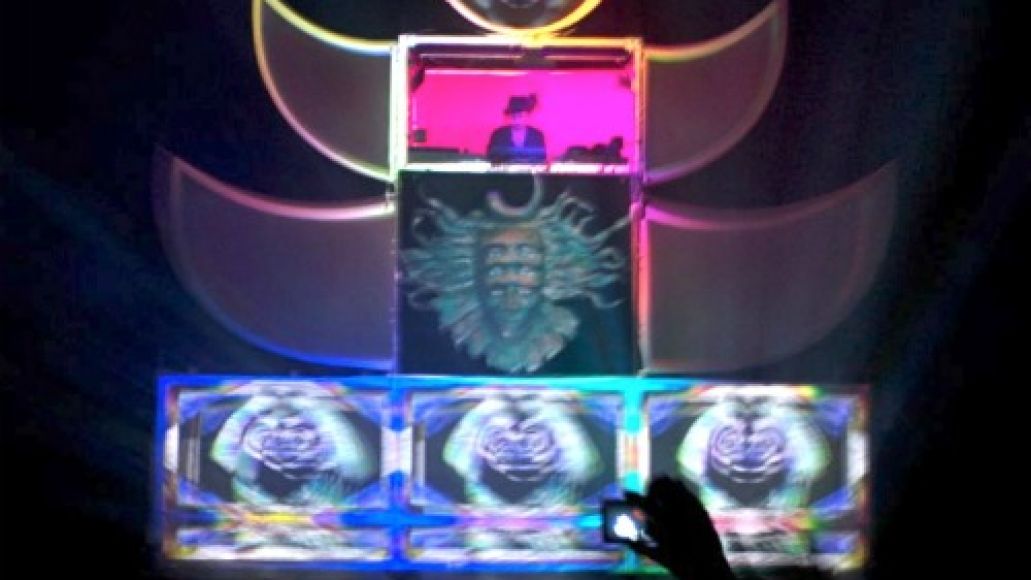 That aside, the Shpongletron Experience certainly did its job. Considering the difficulty of playing a two-hour long DJ set, Posford delivered on the consistently lofty level he’s maintained across his lengthy career. While he and his music would likely benefit from a shorter, more incisive set length (as it has on his much buzzed-about festival run this year), his set was every bit as face-meltingly awesome an experience as it was advertised to be. With Posford’s announcement of a full-band Shpongle tour finally coming to the US this fall, it’s safe to assume this won’t be the last we’ll see of this troupe.