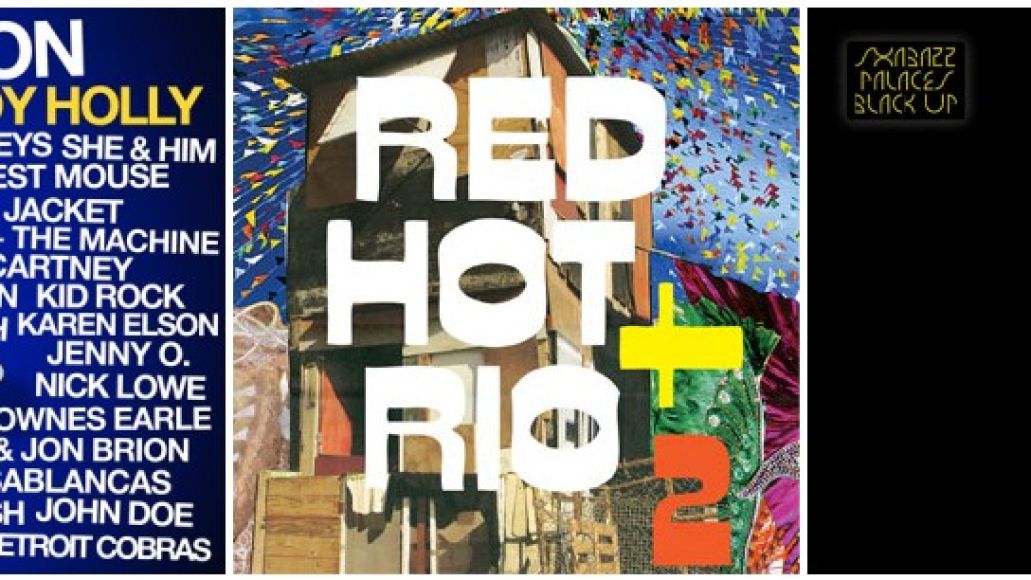 NPR has once again cured those Monday blues with a trifecta of new albums to stream. First, there’s Rave on Buddy Holly, the tribute album featuring contributions from Paul McCartney, Lou Reed, The Black Keys, Fiona Apple, and Modest Mouse, among others.

Also up for listening is the latest offering from the Red Hot organization; Red Hot + Rio 2 seeks to raise AIDs awareness with collaborations from Cults and Superhuman Happiness, Beck and Seu Jorge, of Montreal and Os Mutantes, and David Byrne and Caetano Veloso, along with solo tracks by John Legend, Beirut, and many others.

Finally, the new album from Seattle hip hop collective Shabazz Palaces, Black Out, can also be heard in its entirety one week early.

Visit NPR’s First Listen page to hear full length album streams for all three albums. Then, pick up physical copies of your favorites when each of them hits stores on June 28th.