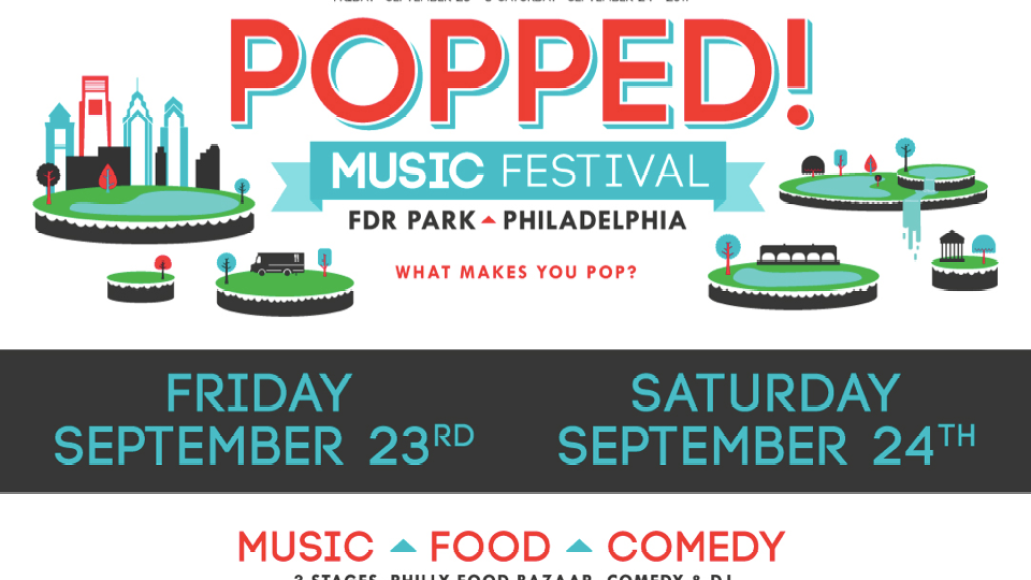 After bringing the likes of Vampire Weekend and Gogol Bordello to the streets of Philadelphia in 2008, the Popped! Music Festival suffered a number of set backs. LiveNation pulled out of its planned involvement just a month before the 2009 edition was set to begin, forcing the festival to downsize and become part of a Philadelphia street festival. Popped! was not heard from at all the following summer.

But it appears the indie-friendly festival is ready to give it another go as it has announced plans to return this fall as two-day event. Set for September 23-24 at South Philly’s FDR Park, the festival will be headlined by The Shins, Girl Talk, Panda Bear, Rakim, and The Hold Steady.

Update: The rest of the initial lineup has been revealed. Other confirmed acts include The Pains of Being Pure at Heart, Cults, internet sensation Kreayshawn, Titus Andronicus, Cage the Elephant, Pretty Lights, Elbow, Charles Bradley, Black Thought and DJ J. Period Live Mixtape, The Vaccines, Foster The People, Company of Thieves, and Dale Earnhardt Jr. Jr..

Even more acts will be announced in the weeks ahead, with the festival also promising DJs and comedians. You can keep track of all the latest updates at our Festival Outlook page.

Early-bird GA and VIP passes are priced at $99 and $175, respectively, and are available via the festival’s website until Thursday, June 23rd. After that, two-day passes will be priced at $110 and VIP at $200.