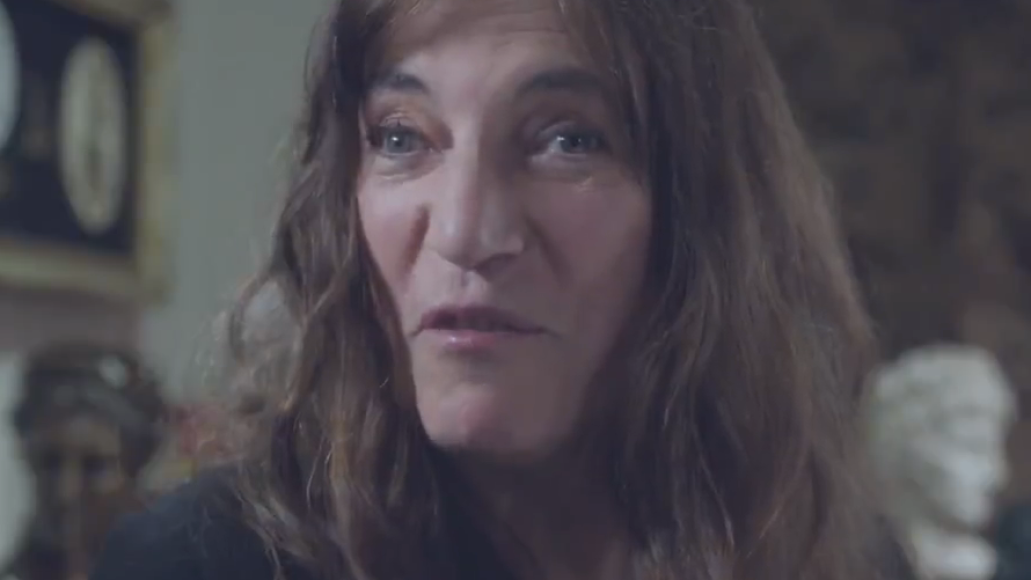 Six days from now, Law and Order‘s modern twist on Sherlock Holmes, with a little bit of Jeff Goldblum mixed in for good measure, will be put to rest after 10 seasons. Law and Order: Criminal Intent will air its final episode this coming Sunday, which isn’t even half as bad as the news concerning its sister series, SVU, but that’s a topic for another day. Jennifer Love Hewitt? Sigh.

As only appropriate for a series whose list of guest stars range from Martin Short to Stephen Colbert, CI is ending things with a bang. Last night’s episode featured guest appearances from Sex and the City‘s Cynthi Nixon, Happy Gilmore‘s Christopher McDonald, and the Godmother of Punk herself, Ms. Patti Smith. For obvious reasons, we’re most concerned about the latter, whose 40-second acting debut can be viewed at TVGuide.com.

Smith played a Columbia University mythology professor who is consulted in an investigation regarding the death of a Broadway actor . Yes, it’s a commentary on Spider-Man, and yes, Smith does a pretty great job.

Speaking with the New York Times, Smith revealed that, like all of us, she found Law and Order as an amazing means of distraction.

“Previously I didn’t have a TV, but I found there is nothing better to dispel loneliness on the road than a “Law & Order” episode. I watched all the shows in several languages in my hotel rooms. I was especially drawn to Detective Goren. So I decided to buy a small TV for my room at home, and watch Criminal Intent in English. Vincent D’Onofrio invited me to the set and I was so charmed to see him and Kathryn Erbe work together that I visited the set many times. I even got to spend time alone in the sacred interrogation room. When I was offered a small part, I accepted for the great pleasure of interacting with my favorite detective.”