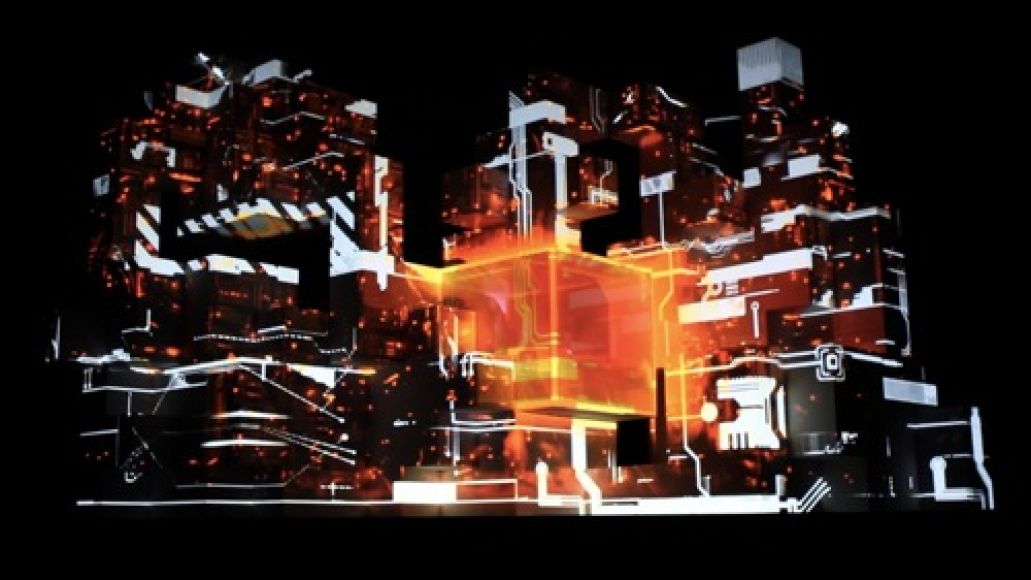 Electronic music icon Amon Tobin has built a “large scale live audio/visual experience” around his latest LP ISAM, which he’ll bring to North America this fall. The nine-date trek kicks off on September 29th at Seattle’s Decibel Festival and runs until his appearance at Asheville’s MoogFest on October 28th.

An issued press release describes the shows as a “visual onslaught,” which utilize “projection mapping, generative/audio reactive real time, and pre-rendered elements combined with custom software to control the show. The visual elements have been synched to ISAM to make a large scale next level HD experience.” Then there’s the part about the “25′ x 14′ x 8′ multi-dimensional/shape shifting 3-D art installation surrounding Tobin and nveloping him and the audience in a beyond 3-D experience.”

Needless to say, you’ll want to check out the project’s teaser trailer below.