Popular themes thus far: BjÃ¶rk, Radiohead, and Daft Punk headlining, a Beastie Boys comeback, Pulp finally coming to America, performances by Bon Iver, Justice, How to Destory Angels, Feist, TV on the Radio, The Avalanches, Modest Mouse, Fleet Foxes, M83, and Flying Lotus, and some rather wishful thinking reunions (At the Drive-In, The Replacements, and, uh, The Velvet Underground.)

Also, fresh off his exile from the Samoan Islands, watch out for a solo set from Earl Sweatshirt.

The one featuring Billy Corgan: 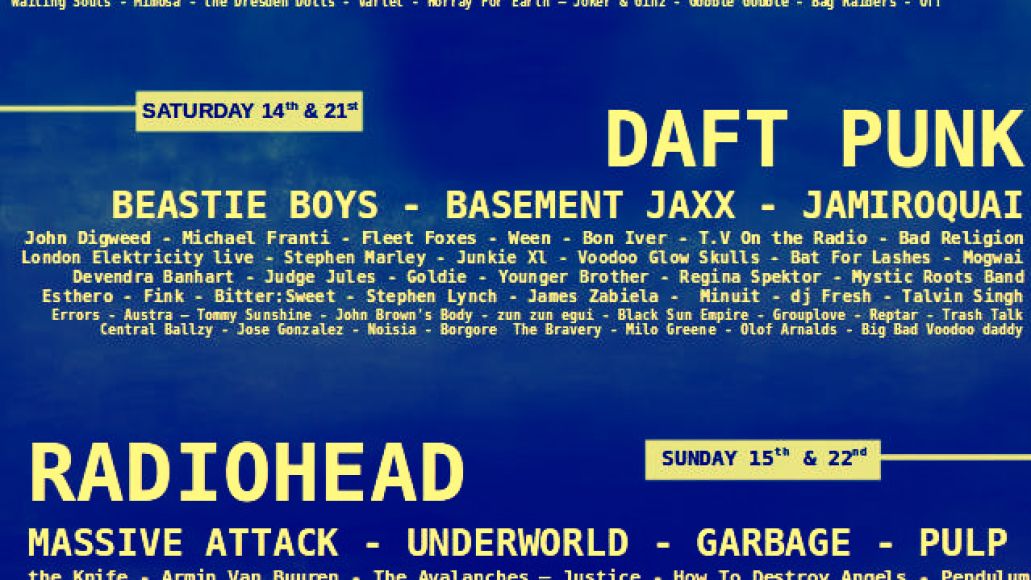 The one with The xx billed as high as Jeff Mangum: 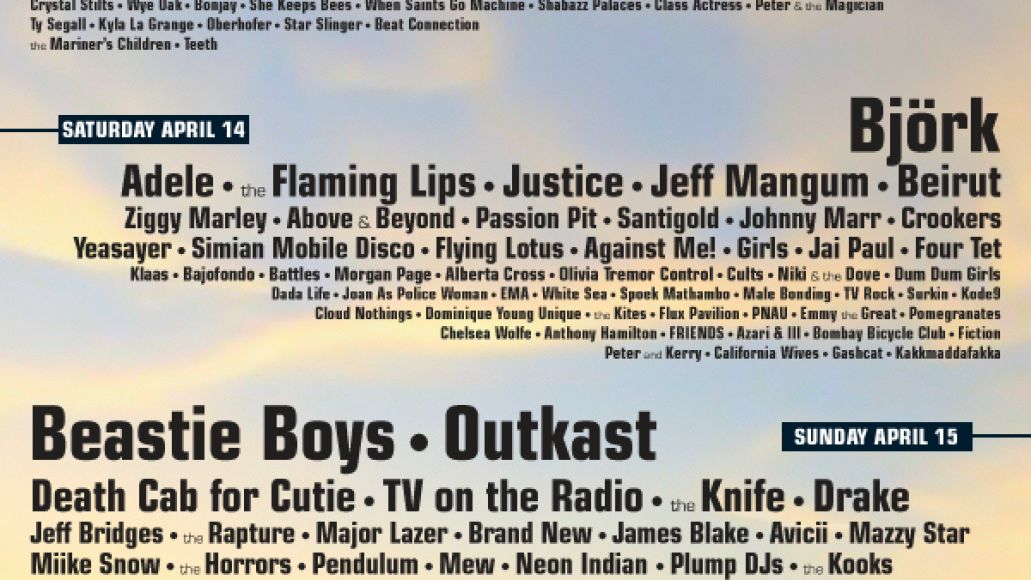 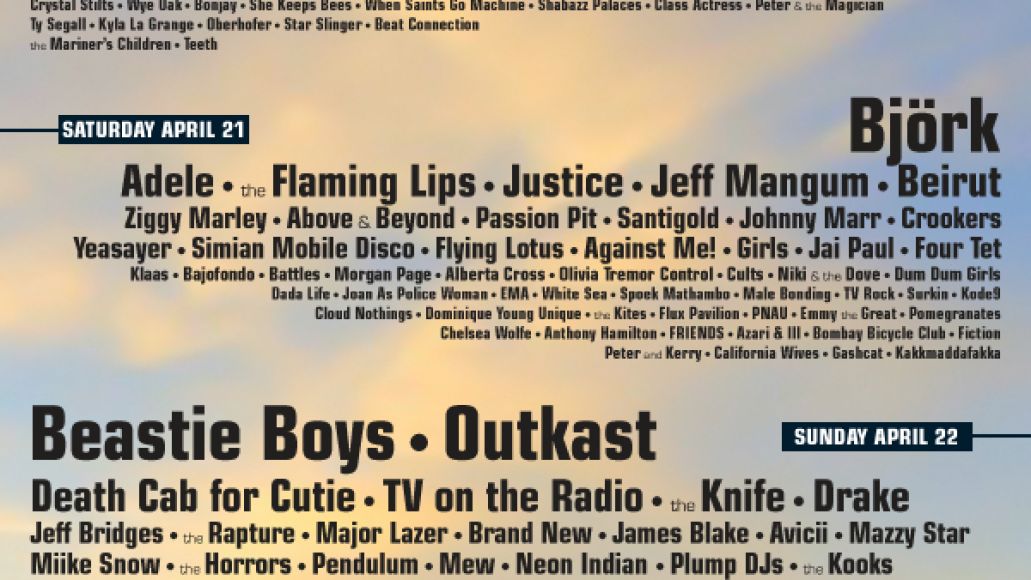 The one you realize is unrealistic after the first line: 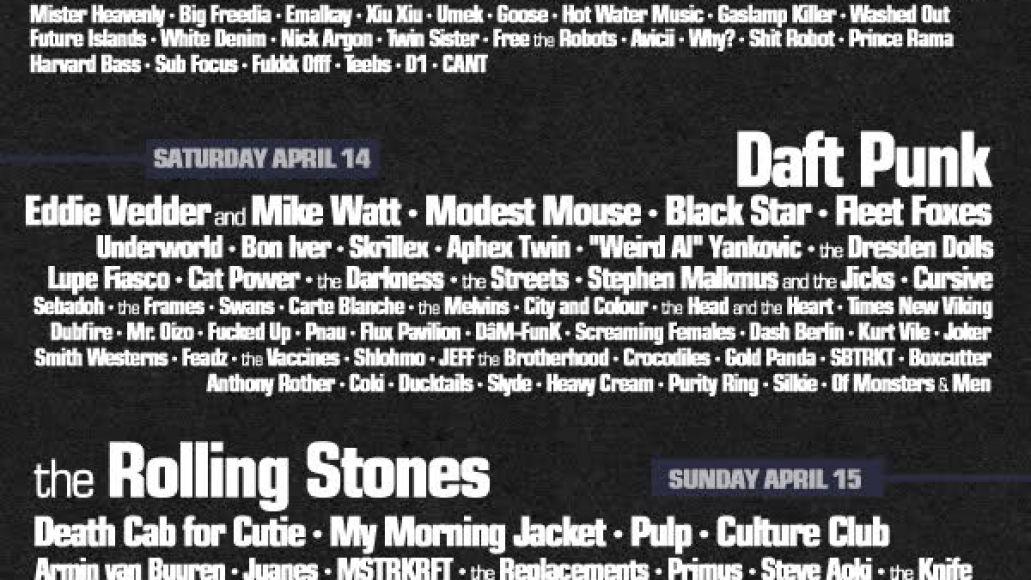 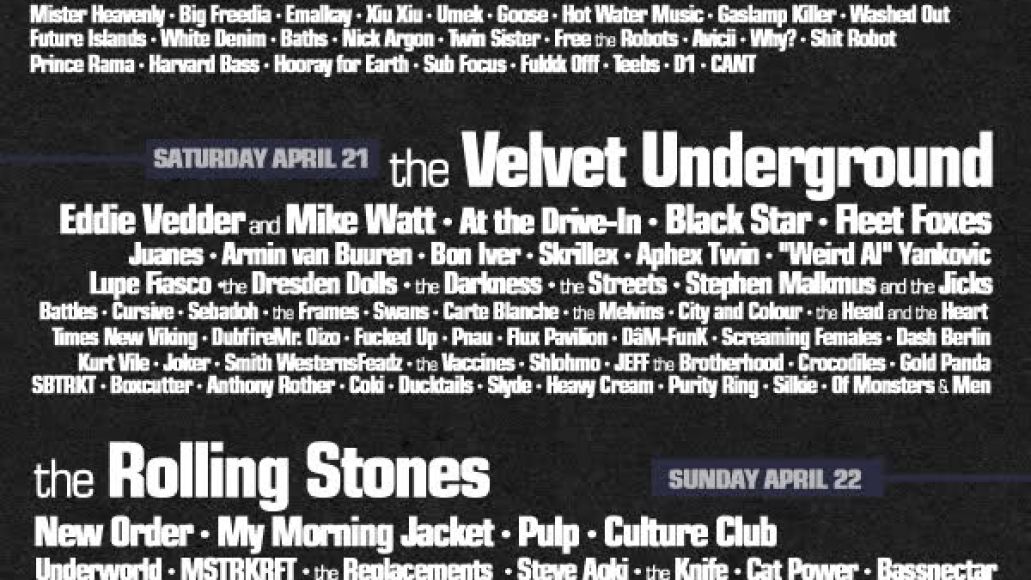 The one that went with Foo Fighters: 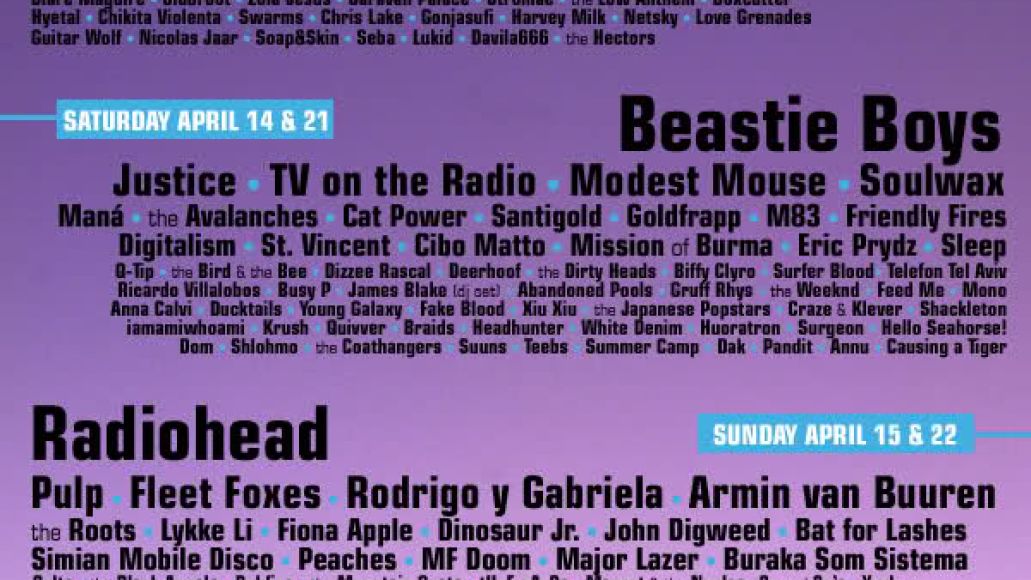 And we now have our first Coachella 2012 fake posters...