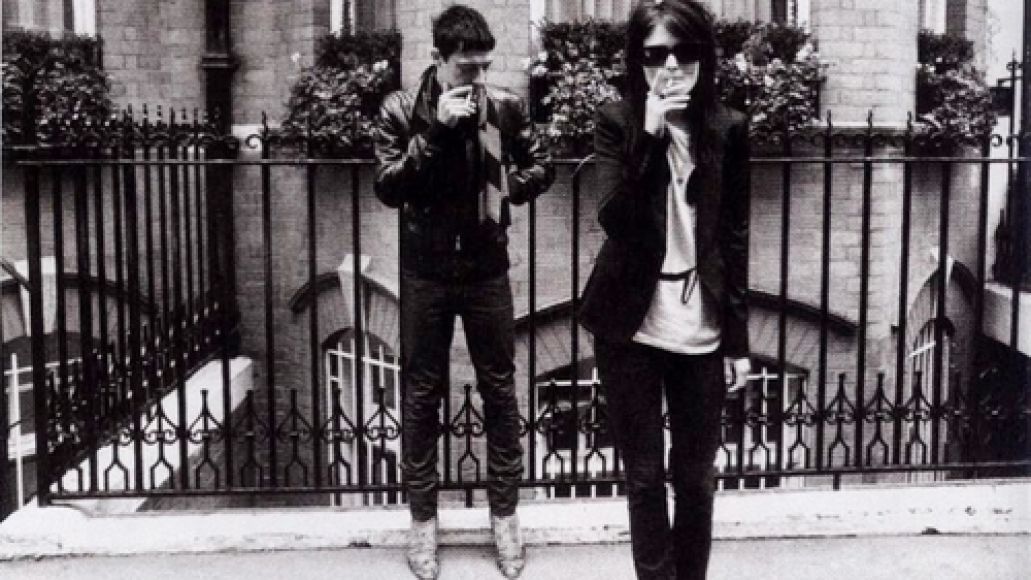 And the gauntlet for most obscure cover has been thrown down. Just a day after Death Cab for Cutie reworked Ride’s “Twisterella”, The Kills stopped by Triple J studios in Australia, where they’re playing Splendour in the Grass, to record an acoustic version of Marilyn Monroe’s “One Silver Dollar”, from 1954’s River of No Return (via Some Kind of Awesome). Suffice it to say, any cutesy cheese has been thoroughly removed in favor of something a little darker, a little more hollowed out. What else did you expect from one Ms. Mosshart?

The Kills – “One Silver Dollar”

For context, the Monroe original:

Check Out: The Kills covers Marilyn Monroe's "One Silver Dollar"