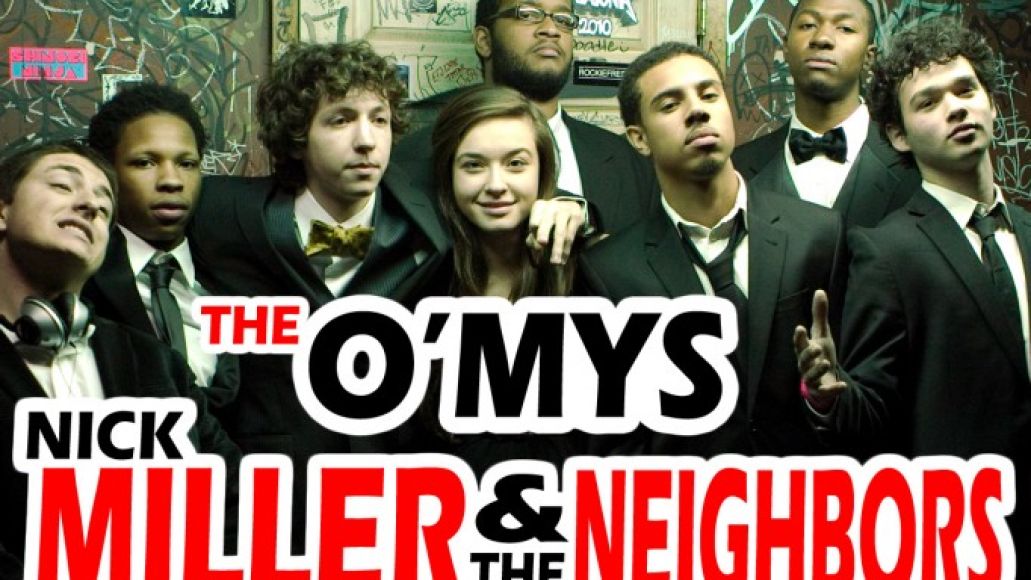 Flyer by Cap Blackard
Here’s another one, too!


Heading to Lollapalooza early? Live in Chicago? If you’re a “yes” to either, then here’s some good news: Consequence of Sound, in collaboration with C3 and Harmonica Dunn, will be throwing an official Lollapalooza Pre-Party. On August 3rd, Lincoln Hall will host Kids These Days, The O’My’s, and Nick Miller & the Neighbors, a fully-packaged, Chicago-stacked bill. But that’s not all.

Let’s say it’s the week of Lolla and you still don’t have tickets. (Hey, it’s not unlikely for some folks.) Well, here’s your last minute chance to get yourself a pair of three-day passes. Did we say pair? Yep. All patrons of the event will have the opportunity to sign up for a raffle to win themselves access into the festival. You won’t have to wait long, either. We’ll announce the winner that night!

If “free Lolla tickets” aren’t you bag, we’ll have some other goodies to win – including some CoS swag and other merch – but we’ll announce those later. In the meantime, RSVP (via Do312.com), pick up your tickets, and mark up those calendars. It all goes down at Lincoln Hall on August 3rd at 7:00 p.m. and it’s all-ages.

Update: In addition to a pair of three-day passes to Lollapalooza, we’ll also be giving away a couple of Windows Phone 7’s.

Need to get familiar with the bands?

Having recently just sold out Chicago’s Metro, this Windy City octet has been scorching the Midwestern scene with their unique hybrid sound that fuses together jazz, funk, blues, soul, and hip-hop. It’s spreading like an unstoppable wildfire, too. With appearances at SXSW and Milwaukee’s Summerfest behind them, including a new highly rated EP, Hard Times, these Kids have the ability to charm just about anyone. That being said, you’ll want to jump in on the fun before everyone else does. After all, as CoS Associate Editor Liz Lane states, “Kids These Days should be a name on your radar.”

Another Chicago favorite, this soulful act continues to turn heads in the independent music scene. Guitarist Maceo Vidal- Haymes and pianist Nick Hennessey lead a group that can carry up to 10 members at any given time – you just never know. This sort of mystery explains why fans come out in droves to witness their dazzling sets at Chicago’s hottest venues like Subterranean, The Abbey Pub, and Schubas Tavern. Catch ’em before they release their highly-anticipated followup to their 2008 mixtape, Above the Influence; apparently they’ve been digging deeper into their Americana roots. Perhaps they’ll unearth some new material come August?

What happens when a songwriter has a wealth of material but no band? Just ask Nick Miller. Before he found his Neighbors, this Chicago folkster would record and record on his computer alone. Well, he’s with great company now and it would behoove you to check them out. They’ve already annihilated the Bottom Lounge, Schubas Tavern, The Beat Kitchen, and The Metro. Can they take Lincoln Hall? Come and see.

CoS presents Official Lollapalooza Pre-Party with Kids These Days