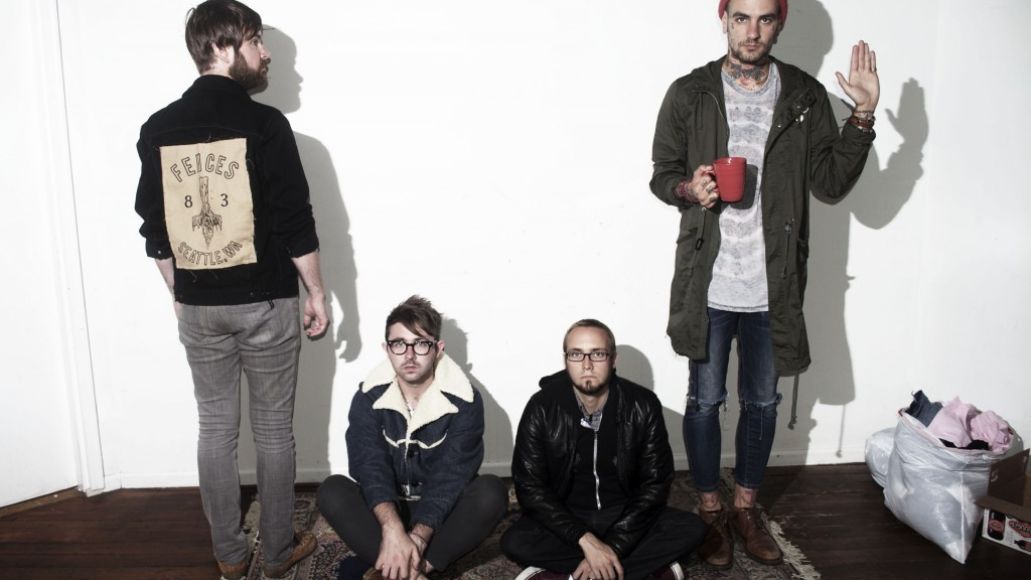 As the story they tell in the promo video below goes, Chris Mansfield, or rather Fences, and Chris Browder, a.k.a. Mansions, returned to Seattle from a winter tour with Against Me! and found out they had more in common than a first name. Being equally depressing and morose sonically, they realized that they worked beautifully together in music and made a 7″ split that drops July 26th through Onto/Burning House Records.

“We both write bummer songs, and the bummed need to stick together,” Browder stated in a press release. “But the thing I love is that we both approach that type of music from a slightly different angle, which was even more clear in the studio together…  Our methods and sounds might be different, but it’s just two sides of the same coin. We’re both sad and pissed off, and that is worth celebrating.”

The EP features one new track from each artist and was recorded at Avast! Studios in Seattle over two days. Fences contributed “Marketplace”, while Mansions wrote “On My Way” for Fences/Mansions. Browder described Mansfield’s song as a “beautiful sigh of a song,” and his own “like a bottle thrown on the floor in disgust.” You can listen to them both at the Fences/Mansions website right now, and presale for the album begins on Tuesday, July 12 at sadcastle.com.

Also, to celebrate their pity party, the duo will tour together throughout the Pacific Northwest and Midwest, commencing at Capitol Hill Block Party in Seattle and concluding at Chicago’s Lollapalooza. A full tour schedule is below.