The American festival scene is better today than it has ever been. That’s a fact. The major festivals have become international events and consistently bring in solid lineups. Even some of the minor festivals have remained remarkably consistent as they’ve gotten older. Plus, the pool gets larger each year with more people willing to take a chance on new festivals that seem to pop up anywhere and everywhere.

But as good as the scene has gotten stateside, we can never quite compete with the European festival market. There’s just no comparison. They’ve been at it longer, have more of them, and over the years have gotten everything down to a science. So when a U.K. festival promoter decides to create an American festival, we take notice. When that promoter is Festival Republic, which helps put on Glastonbury, Reading, and Leeds, we get really interested.

This is why we’re here talking about Orlando Calling, a festival that we have so little information on. Here’s what we do know: It’s being organized by Festival Republic, it will take place at the Citrus Bowl Nov. 11-13th, it will feature four stages and 100+ acts, and the lineup comes out July 18th (with tickets to follow soon after). That’s it. We have no confirmations for the lineup, no rumors, not even a hint as to who will end up playing the festival. That’s exactly what makes it so intriguing and why it’s our last hope for some originality this year. 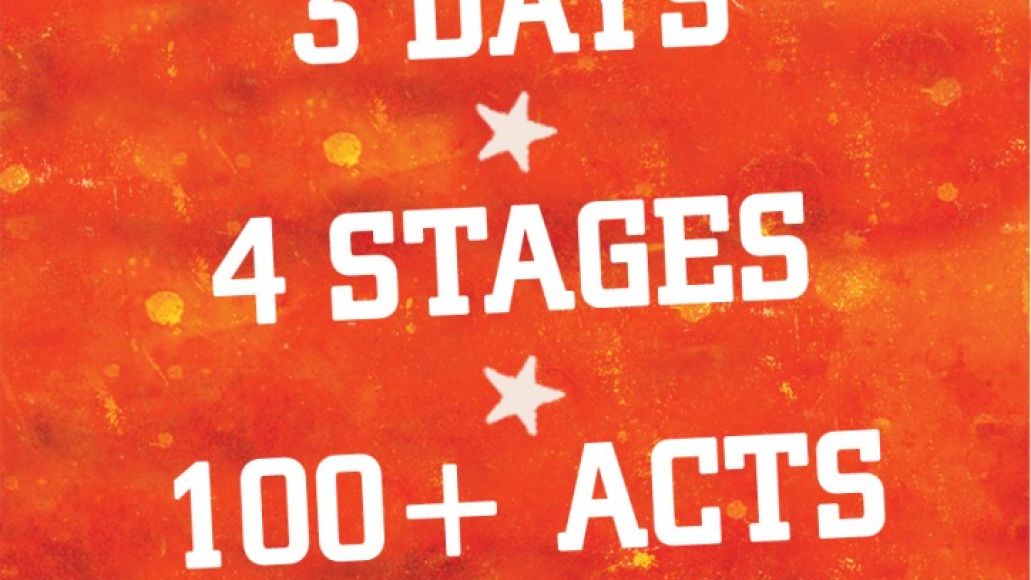 You see, as fruitful as our festival scene has been, there are hardly any real lineup surprises anymore. Lineups just seem to get more and more recycled each year. If you guessed that a festival would have Arcade Fire, Foo Fighters, or Coldplay in its lineup this year, you’d be right for about 95% of the big festivals out there. This over-saturation doesn’t affect each individual festival very much, but for us festivalgoers who like to hit up a few each year, it can feel kind of disappointing. With the variety and uniqueness that Glastonbury brings to the table, we’re all hoping Festival Republic can bring a bit of that magic stateside. This year, they snagged U2, Beyonce, Pulp, and Radiohead–all huge acts that you won’t find on any U.S. festival lineups this year.

The allure of Orlando Calling is everything that we don’t know. It’s hard to keep a secret in the festival business these days, but somehow Festival Republic has remained tight-lipped. This has given U.S. festivalgoers hope that they really can at least somewhat replicate the fantastic feel of a European festival over here in Florida. Whether or not that happens remains to be seen. But until the lineup comes out on the 18th, we can all hope.

Best case scenario, Orlando Calling is a hit and becomes the closing festival of the season for years to come. In order for this to happen, they’ll have to pull in a solid lineup. Nabbing Radiohead’s first stateside post-King of Limbs show would go far towards accomplishing this goal. Or perhaps they can convince Jay-Z and Kanye to start their much-hyped Watch the Throne tour right there in Orlando. The newly announced Pixies “Lost Cities” tour puts them relatively near the area with a small gap in their schedule; playing a non-Doolittle show at a festival would be a refreshing sight for this year’s festival season. So far, Pulp’s reunion tour hasn’t come anywhere near the United States. Grabbing them for their first U.S. show in years would be a pretty big deal. These are just a few of the acts that could separate Orlando Calling from the rest of the pack. Of course, there’s a chance that none of that happens and it ends up being a flop.

Worst case scenario, it gets canceled (like some other Florida festival…) and is a financial and critical flop. But not everything has to be one extreme or the other. Orlando Calling could end up being something in the middle. It could fail to live up to the hype while still being a solid, financial success. Surely Coldplay, Foo Fighters, and Arcade Fire could top a sold-out bill, even though it would disappoint those who were expecting something unique out of the guys who put on Glastonbury. Or maybe it’ll have a fantastic lineup that doesn’t sell well. Who knows anymore.

My guess? Orlando Calling won’t blow everyone away, but it will have a solid lineup and become a hit. I doubt we will see it go down in flames before it ever gets a chance to shine. But what do you think? Will it live up to the hype? Who will be on the bill? Tell us your thoughts in the comments below.

Festival Feed: Orlando Calling, You're My Only Hope!